A new Clark University-led study maps how local tree loss is releasing lots of carbon and preventing the capture of excess CO2. 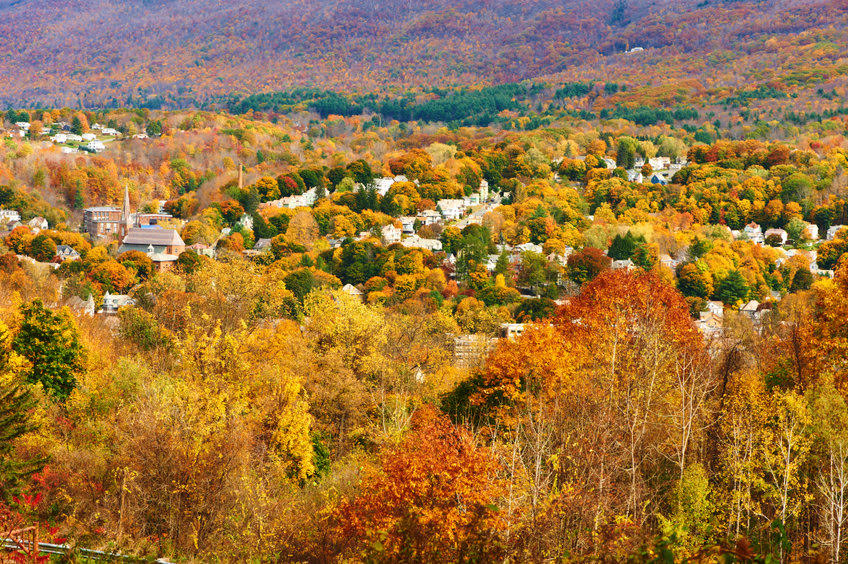 You might be familiar with how forest removal in the Amazon rainforest is contributing to carbon emissions and the climate crisis. There’s a similar situation going on right here in New England.

A new Clark University-led study released this week maps how forest removal has contributed to carbon emissions in six New England states and New York. Primarily driven by development — including housing, agriculture and even solar farms — the deforestation has released close to 5 million metric tons of carbon annually in recent years.

The region is also losing trees that would otherwise soak up excess CO2. Massachusetts alone was losing about 5,100 acres of forest per year in the early 2000s, which is when the latest data is available.

The region loses out on 1.15 metric tons per year of potential carbon sequestration — trees and other plants use photosynthesis to capture and store carbon — due to deforestation, according to the report. As carbon emissions rise from other sources, trees are necessary to capture excess gasses.

In Massachusetts, forest loss over the past few decades has been heaviest in the urban and suburban areas between Worcester and Boston and near Springfield. The forests between Worcester and the Berkshires are older and happen to hold a large amount of carbon, setting up the possibility of even higher carbon emissions should development reach those areas. Some parts of that region could emit up to 350 metric tons of carbon per acre over 40 years, the study found.

The study only looked at the loss of forests and the impact of wood being converted into, for example, building materials. The study did not calculate the additional carbon emissions of a home built on cleared land.

The report does not prescribe a policy solution to ending forest loss locally, but Williams said the research can serve as a reminder to New England residents about the importance of preserving trees — whether it’s a one-acre lot in an urban area or thousands of acres in the Berkshires.

“By producing this report, we’ve made it visible how much these forest losses contribute to the change in climate,” Williams said.

Neal McNamara is a Patch writer.

This article is reprinted from The Patch under Creative Commons license.

The waxing Aries Moon is busiest during the overnight period. Insomniacs and other night owls may notice their minds overstimulated and racing. Reading, journal writing and talking to dear ones can all be calming...

END_OF_DOCUMENT_TOKEN_TO_BE_REPLACED

What Happens When The COVID-19 Vaccines Enter The Body

Life In Time-Space And What To Do About It