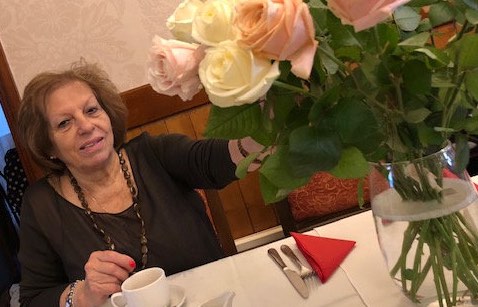 A woman whose family fled to Britain to escape a war has closed her seaside hotel to tourists—so she can give Ukrainian refugees a place to stay. Nitsa Michael is no longer taking guests at the Seaward Hotel—even during her busiest season in Weston-super-Mare, England. Instead, she has rolled out the welcome mat to 22 Ukrainians, so far, providing a “home away from home”.

A legal settlement between the U.S. Environmental Protection Agency (EPA) and the town containing the census tract with the worst air pollution in the country could significantly reduce harmful emissions in the area known as “Cancer Alley.” The proposed agreement was posted on the Federal Register Tuesday and would settle two lawsuits brought by members of the majority-Black town of Reserve, Louisiana in St. John the Baptist parish against the nation’s top environmental agency, The Guardian reported.

The Biden administration proposed a new marine sanctuary off the coast of New York on Wednesday and said it would move to ban the sale of single-use plastics from all public lands over the next decade. The White House said the measures, a slate of environmental moves announced on World Oceans Day, would help “conserve and restore the health and productivity of the ocean for the benefit of all Americans.”

When President Gerald Ford signed a bill creating Cuyahoga National Recreation Area in Ohio in 1974, the boundaries of the site deliberately included a well-known local garbage dump, assuming it could be easily cleaned. When the National Park Service (NPS) discovered it was a nearly-unmanageable chemical wasteland where even the water and soil were flammable, a decades-long cleanup effort converted it, at the polluters’ expense no less, into a vibrant marsh ecosystem with some of the highest biodiversity in the region.

Joy is contagious. We’ve likely experienced it ourselves—surrounding ourselves with happy people generally makes us happier—but even science says it’s true. So perhaps it’s not surprising to see babies and children naturally respond to someone letting a smile slowly spread across their face—but it sure is cute. TikTok user Borzah Yankey has made a name for himself with his irresistible smile and his “try not to smile” challenges that have millions of views. As it turns out, the wee ones are particularly susceptible to Borzah’s bright smile, as evidenced by a viral compilation of babies and little kids’ reactions to one of his smile challenges.