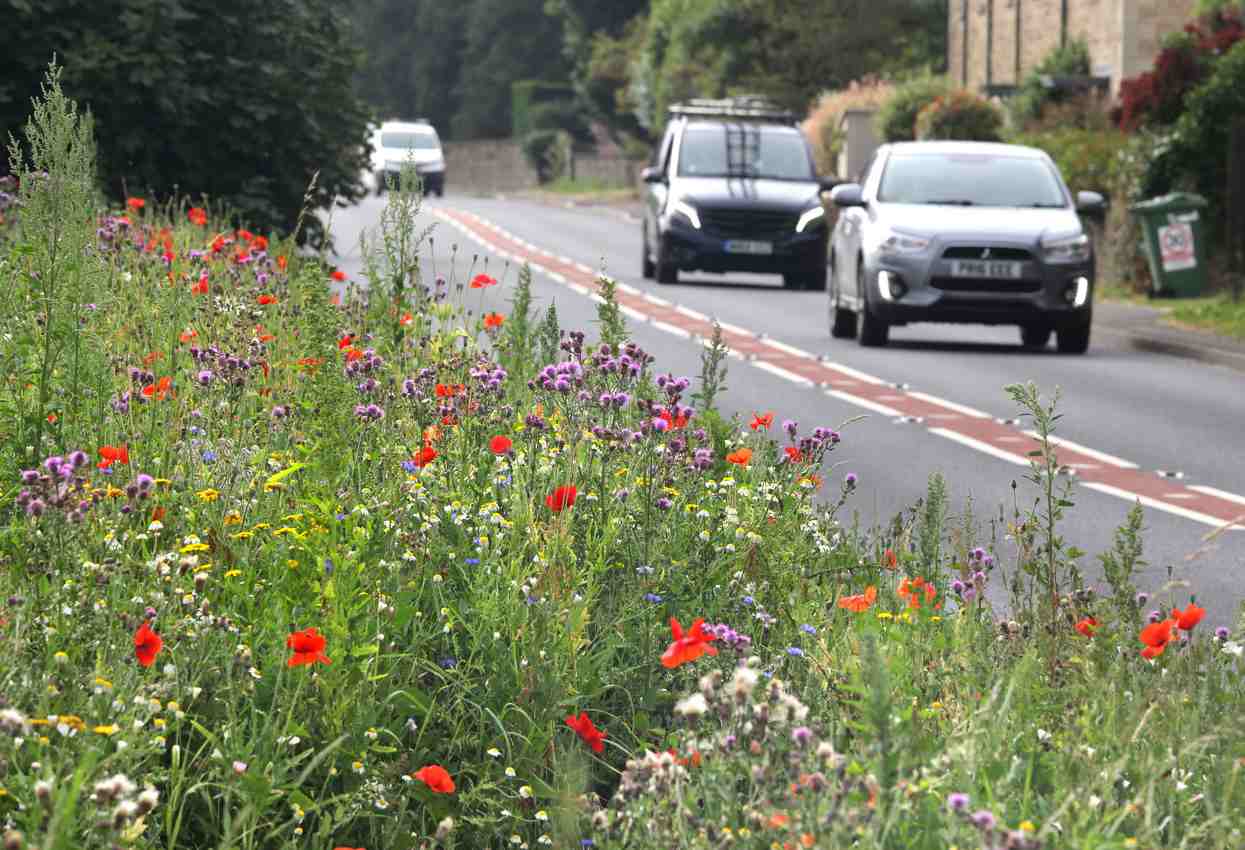 Wildflower meadows are beautiful; so beautiful in fact that a village in Britain has found they act as natural speed traps from motorists slowing down to look at them. The village of Long Newnton in Gloucestershire has a problem with fast moving through-traffic between nearby towns. Almost all drivers will break posted speed limits. Officials first planted flowers along the roadside during the pandemic to help improve biodiversity. But they noticed that as well as attracting more wildlife, motorists also slowed down when they passed the flowers.

Kansans voted by a decisive margin on Tuesday to reject a proposed amendment that would have removed the right to abortion from the state’s constitution. With almost all precincts reporting, the count was 59% against the amendment and 41% in favor, a strong win over GOP lawmakers’ attempt to overturn a 2019 Kansas Supreme Court ruling that deemed abortion a protected right under the state constitution. “This is truly a historic day for Kansas and for America. Freedom has prevailed,” said Kansans for Constitutional Freedom, which helped lead the opposition to the amendment.

A new two-year pilot program launched this month will spread the benefits of solar power to Delaware residents who otherwise would not be able to afford installing the green energy. The Solar Pilot Program from the Delaware Department of Natural Resources and Environmental Control seeks to test future expansion of photovoltaic systems into low- and moderate-income populations, which have been underserved in the U.S. by existing renewable energy assistance and tax credit programs. Low-income residents can get an installation of up to 4 kilowatts with no out-of-pocket costs.

According to Plastic Smart Cities, more than eight million tons of plastic pollute the world’s oceans each year, and 60 to 80 percent of that comes from rivers. In order to reduce the amount of plastic that makes its way from rivers to the ocean, co-founder of nonprofit Coast Busters, Claar-els van Delft, developed a new way to stop plastic from migrating that won’t disrupt fish or ship traffic: The Great Bubble Barrier. “We started picking up litter and we noticed, near the river entrance, pieces that came from fresh water – all kinds of plastic,” said Van Delft. Last month, Katwijk became the home of the first river bubble barrier in the world.

Sheldon Pollock was recently widowed, approaching retirement and thinking about what would come next for him. His granddaughter Elea was helping to organize a school walkout as part of the climate movement Fridays for Future. Pollock had donated to environmental organizations, but Elea’s activism inspired him to do more. “Like a lot of people of my generation, I was [first] involved in antiwar [protests] and Central American solidarity in the 1960s and 1970s,” he said.  “But many of us who are at the end of our careers or recently retired are regaining some of that activist, engaged spirit,” Pollock said. “We want to make sure that we leave the world better than it is now.”