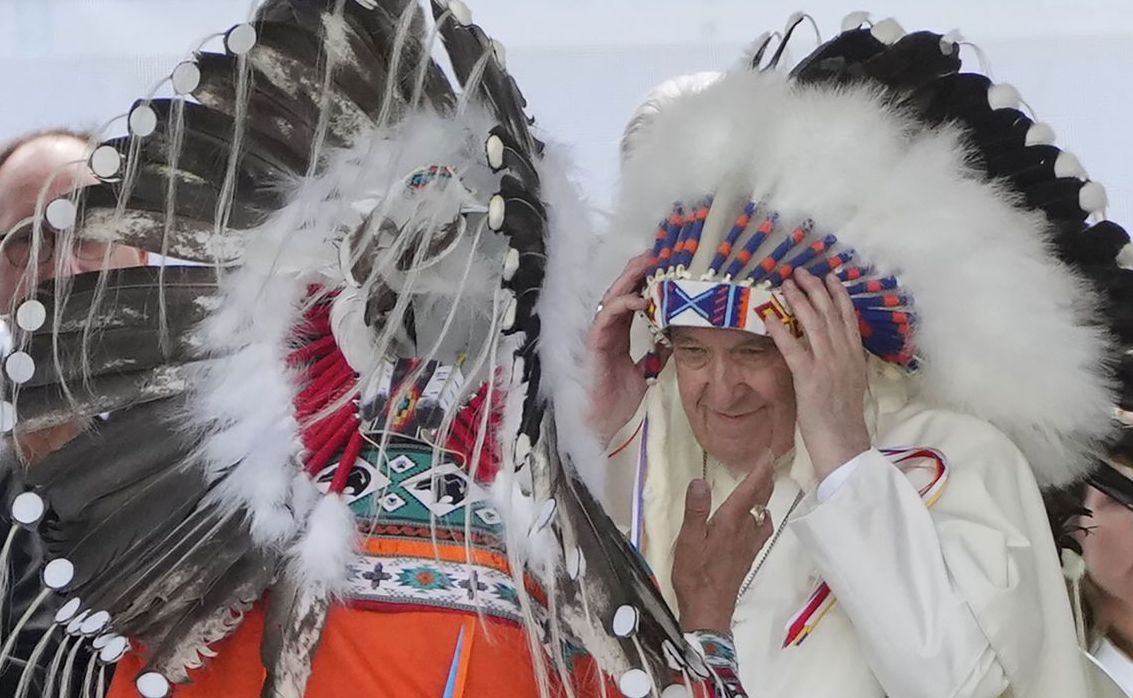 Pope Francis arrives for a meeting with indigenous communities, including First Nations, Metis and Inuit, at Our Lady of Seven Sorrows Catholic Church in Maskwacis, near Edmonton, Canada, on Monday. Gregorio Borgia/AP

A bill put in place to help end discrimination based on natural and protective hairstyles in workplaces, schools, and organizations will be signed into law Tuesday. The CROWN Act – which stands for Creating a Respectful and Open World for Natural hair will now make discrimination against hair a violation of civil rights. Supporters of the bill say Black women have faced the most amount of pressure by trying to alter their hair to conform to policies biased against their natural hairstyles.

The 1,000-acre project will encompass a mile-long stretch along the river’s urban cores, framed by bridges and an amphitheatre, plus a three-mile recreation area. A binational bridge will link US and Mexican citizens to a shared community space – subject to checking through customs. San Antonio-based urban architects Overland Partners have been working on designs for the project, which aims to stimulate trade, enhance tourism and improve habitats along the river. Those behind the design hope it will provide a blueprint for other border towns to follow.

by Boyan Slat, The Ocean Cleanup

Have you ever watched something that instantly made you sweat? Yeah, that’s the response watching this heart-stopping video of a toddler falling out of a sixth floor window and being caught by a man chatting on his cellphone. The miraculous moment was caught on Closed Circuit Television (CCTV) in China. In the short clip, you can see the man seemingly walking while talking on his cellphone when he notices what’s about to unfold. He quickly runs to the front of the building nearly falling when he attempts to stop and another person runs behind to help him.