Why You Feel Out Of Sorts After Daylight Saving Time 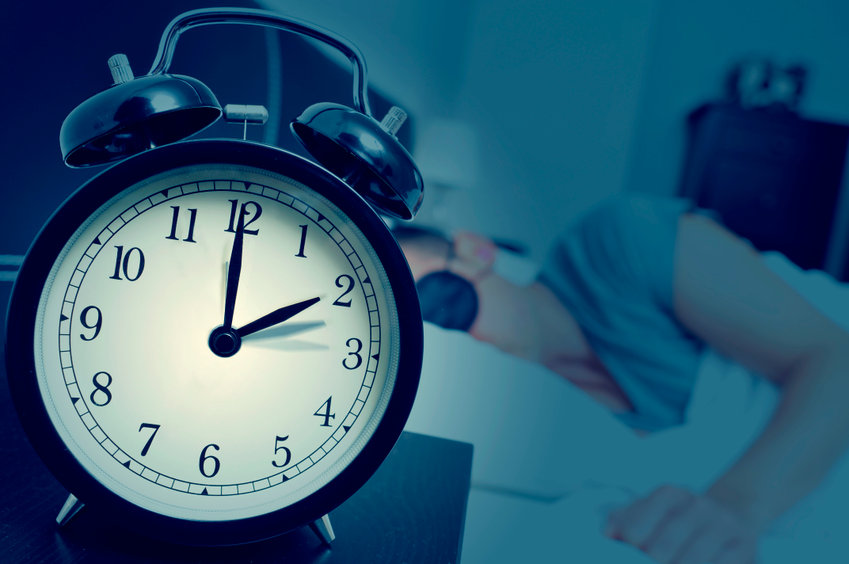 This Sunday means the start of daylight saving time in the United States.

Twice a year, people in the United States wake up on Sunday morning and begin the ritual of setting all the clocks in the house forward or backward 1 hour.

While cellphones with automatic clocks have made this chore easier, it can take days for your body to catch up with this artificial time change.

“There are some studies that suggest that the start or end of daylight saving time (DST) could have an impact on sleep — more so springing forward than falling backward,” Dr. Harneet Walia, a sleep disorders specialist at the Cleveland Clinic, told Healthline in a previous interview.

Of course, the sleep disruption caused by a DST shift pales in comparison to flying to another continent or partying all night long.

“Compared to social jet lag, true jet lag, or shift work — those are big shifts in the circadian rhythm — this is considered a minute shift, but it could have some impact on your body,” said Walia.

The spring and fall time change is large enough to put your internal clock — circadian rhythm — out of sync with the world around you, with a whole host of ripple effects.

Studies have found that in the days following the DST shift, there’s a spike in heart attacks, suicides, automobile accidents, and work-related injuries.

Much of this research is mixed, but the groggy feeling you may feel on Monday morning after the time change is very real.

Falling Back Hard For Early Risers

In the fall, many people look forward to grabbing an extra hour of sleep when DST ends.

“People who are sleep-deprived may actually feel some benefit immediately — they may be able to sleep longer,” said Walia, “but there are some studies which show that after a few days, their sleep efficiency may be disrupted.”

Research shows that short sleepers — those who sleep less than 7.5 hours a night — may experience the most sleep disruption when DST ends.

“Early morning risers — or larkers — may have more difficulty adjusting to the change,” said Walia. “It could take a few days to a week for them to adjust to the 1-hour shift that the body goes through.”

In lab studies, short sleepers, who tend to be early risers, went to bed earlier and woke later — which meant they got more sleep than usual.

But for a few days after the time change, they also took longer to fall asleep and were more likely to wake up in the middle of the night.

Short sleepers’ attempts to go to bed earlier can also be hampered by night owl friends and family who will try to convince larks to stay up beyond their new 8 p.m. bedtime.

In the spring, late risers will get their turn, though, with the “loss” of 1 hour affecting them for a week or longer.

Changing the clocks in your house is easy.

Changing your biological clock is hard.

Like a cellphone that sets its clock to a signal from the phone company, your internal clock synchronizes to signals in the environment.

The strongest signal is light — sunlight and artificial light.

Social cues can also affect your internal clock, such as when your alarm goes off or when you drive to work each day. But some research suggests that these aren’t enough by themselves — you also need light signals.

Night workers have a hard time sleeping during the day because they can usually still see sunlight. This makes their body think it’s time to be awake.

However, oil rig workers who work at night and sleep in a cabin without any windows have an easier time adapting to the night shift. The absence of light at “night” helps them make the transition.

So what does this mean for the start or end of DST?

After the DST shift, if you’re trying to wake up when your internal clock thinks it should be asleep, or vice versa, you’re going to have a hard time.

Eventually, though, your internal clock will adapt to the new social clues, but this will take several days.

Should We Ditch DST?

With all the havoc that the DST shift wreaks on our bodies — not to mention the increased risk of traffic and other accidents — many people have argued that we should get rid of DST altogether.

DST was instituted during World War I as a way to save energy.

Studies done in the 1970s by the U.S. Department of Transportation found that DST saved about 1 percent on national electricity usage because more light was available in the evening.

However, when Indiana instituted DST for the first time in 2006, DST increased statewide residential electricity use by 1 percent.

Researchers think that although demand for lighting may have decreased, this was offset by electricity needed for cooling on summer evenings and heating in early spring and late fall mornings.

The increased use of computers, cellphones, and electronics could also play a part because people may use their extra evening daylight during DST to go online rather than outside.

There are a lot of arguments on both sides of DST, but it’s unlikely to change any time soon.

Your only option right now is to make the best of it.

“Daylight saving time change could provide a wonderful opportunity to make sleep a priority,” said Walia, “and set up routines, in terms of sleep-wake cycle and just getting into nice habits.”

According to the Centers for Disease Control and Prevention (CDC), 35 percent of American adults don’t get the recommended 7 hours or more of sleep each night.

Walia said you could take simple steps to set up good sleep habits, such as going to sleep and waking up at the same time each day — on weekdays and weekends.

Exercising at the same time each day — preferably a few hours before nighttime — can also keep your body’s internal clock on schedule.

If you head into the time change with good sleep habits, you may have an easier transition.

But if you didn’t, you can use the groggy feeling as a reminder to clean up your sleep hygiene.

This Sunday marks the start of daylight saving time in the United States, meaning most people will have to set their clocks forward 1 hour.

Though a small time change of only 1 hour, this disruption to the circadian rhythm can have a ripple effect. Studies have found that heart attacks, and car crashes often increase in the days after DST. Exercise and practicing good sleep hygiene can help people avoid feeling groggy after DST.

Shawn Radcliffe is a science writer and yoga teacher in Ontario, Canada. His work has appeared in print and digital publications, including Healthline, Mindbodygreen, Science & Nonduality, and others. When he’s not reading or writing, Shawn is often backpacking, bicycling, or wandering the streets of a new city. Connect with him on Twitter.