The ancient history of this country is often overlooked. Here are landmarks significant to Indigenous people that were renamed by white settlers.

In 1503, not long after arriving in South America for the first time, Italian explorer Amerigo Vespucci wrote a letter to his friend describing the lands (now the Americas) that he had “discovered.” His words, not mine.

Mundus Novus, he called it. “The New World.”

The letter became an instant hit in Europe and was published widely in several countries. What followed was an unprecedented thirst for “discovery” of “new” territory and “exotic” people and resources, the age of colonialism. The idea of “old world” versus “new world” stuck and remains a common description of Europe versus the Americas. Several centuries later, here we are. A nation that nearly wiped out its Indigenous population to settle wave after wave of Europeans.

Americans appreciate the “old world” history. We’ve all heard friends mention it before: the thrill of seeing “old” buildings in Paris or “ancient” ruins in Rome. It is precisely because of their age that these places remain intriguing to world travelers. The clear consensus is that the U.S. is too new to be interesting. The high-visibility culture and history are post-colonial.

But take a closer look. This may be a young nation, but its Indigenous history is ancient, measured in tens of thousands of years. To ignore this perpetuates the harmful idea that the land was empty. It denies genocide and discredits the countless civilizations and millions of people whose home this was for centuries prior to European arrival. Who are still here.

In the interest of resource extraction, President Trump last year slashed two of Utah’s best known landmarks by 2 million acres. Perhaps if more Americans understood how sacred Bears Ears is to the Navajo, Hopi, Ute, Hualapai, Shoshone, and Pueblo peoples—that’s a huge number of tribes—the land wouldn’t be at risk of destruction today.

There’s a movement to hold on to ancient place names. Trump has stated his desire to reverse Obama’s decision to rename Mount McKinley to Denali (“the high one” in the Koyukon language), the name local Athabascan people have used for thousands of years. Trump has said the renaming was disrespectful to President McKinley, America’s 25th head of state, who was born and raised in Ohio and had no significant ties to Alaskan territory.

It’s not too late to explore our ancient history, and we can begin by grasping a better understanding of tribal perspectives on landmarks, place names, and the historical people and events that make them significant. A deeper understanding of our lands and the diversity of Native cultures that have occupied them nourishes a collective American culture and gives us all something to be proud of: a history far richer and older than what we learn in our textbooks.

Here are five landmarks significant to Indigenous people but renamed by white explorers. The ancient history of these places is often overlooked and not well-known, but like so many places on this continent, they tell stories.

English translation: “The Mountains Emerging From the Earth; Dark, as Seen From a Distance”
American name: The Black Hills 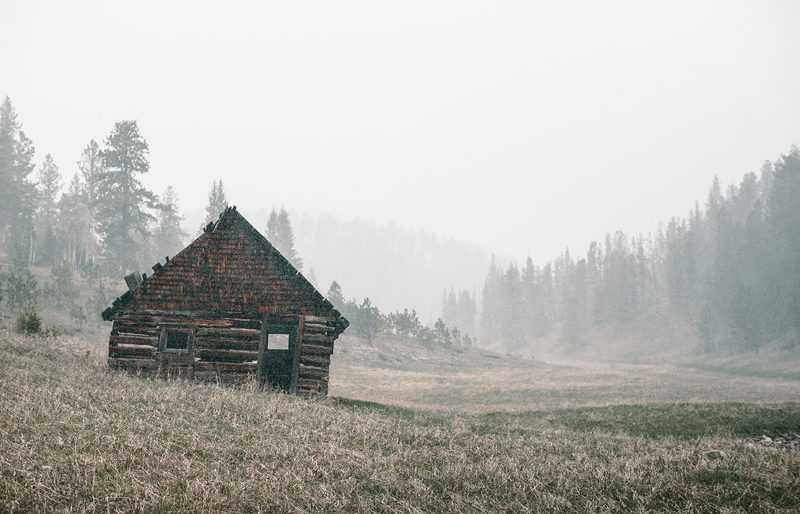 Rising from the Great Plains in South Dakota and extending into Wyoming, the Black Hills have hosted civilizations dating as far back as 11500 B.C.

It has been described as the holy land of the Great Sioux Nation as well as by many other tribes that have revered it. The creation story of Lakota/Dakota/Nakota begins in Khe Sapa. For these nations, it is considered the birthplace of all that is. Indigenous people from many Great Plains nations visit the area to pray, to hold ceremonies, and to pay respects to their ancestors and the traditions they fought to carry on.

In a famous 1980 Supreme Court decision, justices agreed with the Great Sioux Nation and other plaintiffs that the Black Hills had been unconstitutionally seized from Native people. The court said that an act of Congress in 1877 violated the 1868 Fort Laramie Treaty and effectively stole 7 million acres for American development.

Justice Harry Blackmun wrote in his opinion at the time, “A more ripe and rank case of dishonest dealings may never be found in our history.”

The courts ordered a cash settlement of more than $105 million. But today, the money still sits in a bank because the Lakota will only accept the return of the Black Hills. As of 2015, interest has brought the account to $1.2 billion. “The Black Hills Are Not for Sale” remains a common saying among Lakota/Dakota/Nakota people, many of whom struggle daily with the poverty and economic development that have plagued their nations since colonialism. Refusing the cash is a testament to just how sacred Khe Sapa remains for Native people. 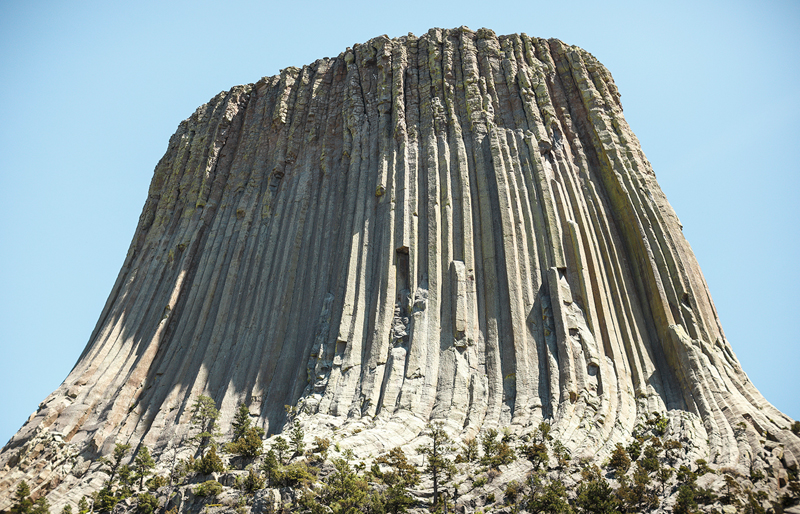 Just outside of the Black Hills in Wyoming, a stunning massive rock formation protrudes 1,267 feet from the earth. It is a sacred place to more than 20 tribes.

The first non-Indigenous record of the site comes from an 1876 book detailing an Army expedition. The writer, an Army colonel, made a mistake in translating the Indigenous place name, Bear Lodge. But the book became popular quickly, and the name stuck. In 1906, Devils Tower became the first official national monument.

The Arapaho, Cheyenne, Crow, Kiowa, and Lakota all maintain varied versions of oral histories surrounding this ancient wonder. The Kiowa version tells of a group of young girls who were out playing when a bear started to chase them. They jumped on a small rock and asked for its help. The small rock then elevated itself hundreds of feet in the air, and as it rose, the bears scratched at it, forming the unique texture of ridges. As the National Park Service points out on its website, non-Indigenous viewpoints might consider this a myth, but a more appropriate acknowledgement of ancient American history would elevate the Indigenous perspectives as historical accounts.

In 2014, the Oglala Sioux Tribe submitted a petition to Congress to correct the name. No action has been taken, although the National Park Service does include the Indigenous name in its literature. 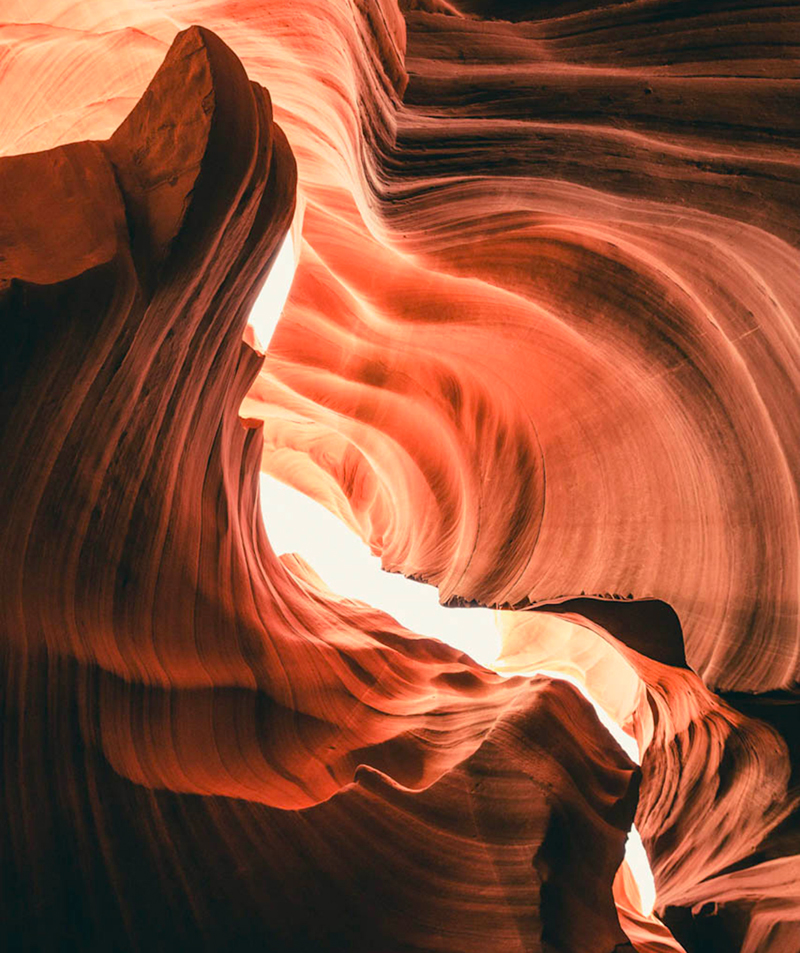 “The American name is sort of funny because there were never actually any antelope there,” said Siera Begay, a Navajo citizen and a former guide at this famous landmark located on private property on the Navajo reservation. “What the settlers saw were the North American pronghorn. They mistook them for antelope, and the name stuck. But even those are no longer in the area because of too much human traffic.”

The Navajo, or Diné, now own and operate the tours of Hasdeztwazi, which translates to “The Rocks That Swirl and Twirl”—an apt name for this dreamily beautiful desert gem. Hundreds, sometimes thousands, visit the site each day. For the past three years, staff say, visitation has increased each year. “It’s crazy how popular it has gotten with tourists,” Begay said. “I think Instagram has a lot to do with it.”

Although Begay enjoyed guiding visitors through the canyon, she said she was cautious and entered the area with “good thoughts.” Traditional beliefs, she said, indicate that the canyon is too powerful a place to visit, and that people should stay out for their own safety. It is a matter of both spiritual energy and the practical reality of nature: The canyon was carved out by flash floods, which still pose a risk.

“They say that if you go in with bad thoughts, the bad thoughts might never leave your head,” Begay said.

There are other canyons like it, less popular or even unknown to tourists, scattered throughout the Navajo Nation territory. In the 1800s, when Navajos were being forced from their land by the U.S. government on what would become known as “The Longest Walk,” a treacherous journey on which many people died, some hid in these canyons to avoid capture. Today, the canyons continue to hold significance in the hearts of many Diné. 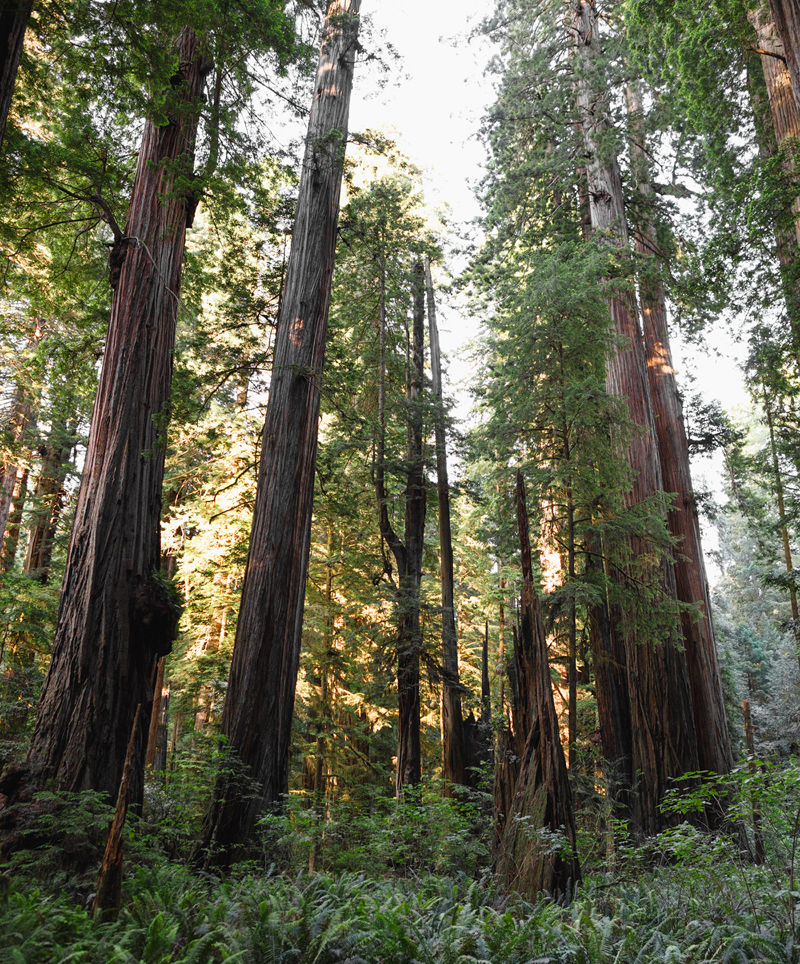 Visitors might look around and see redwood trees, but for the Yurok, Keehl (pronounced “Keesh”) are basically their relatives.

“Keehl are one of our most sacred and valued resources, as we consider these majestic giants to be living beings,” said Rosie Clayburn, cultural resource manager for the Yurok tribe.

“Today, we continue to use fallen trees to build canoes, traditional sweathouses, and many other cultural items,” Clayburn said. “The spirit of these trees eternally exist in these handmade objects, which are constructed with love and a positive mindset. For this reason, we take care of each like they are part of the family.”

For the Tolowa Dee-ni’ people, according to Marva Pete, whose heritage is from several tribes in Northern California, an albino K’vshchu was the first known redwood tree. It is a part of their creation story. She believes that the specific tree that marked the beginning of their history would still exist were it not for the area’s heavy deforestation.

Many visitors might associate the forests of Northern California with Smokey Bear or John Steinbeck, but it is important to acknowledge that Indigenous people are still living there among their ancestors, the redwoods. 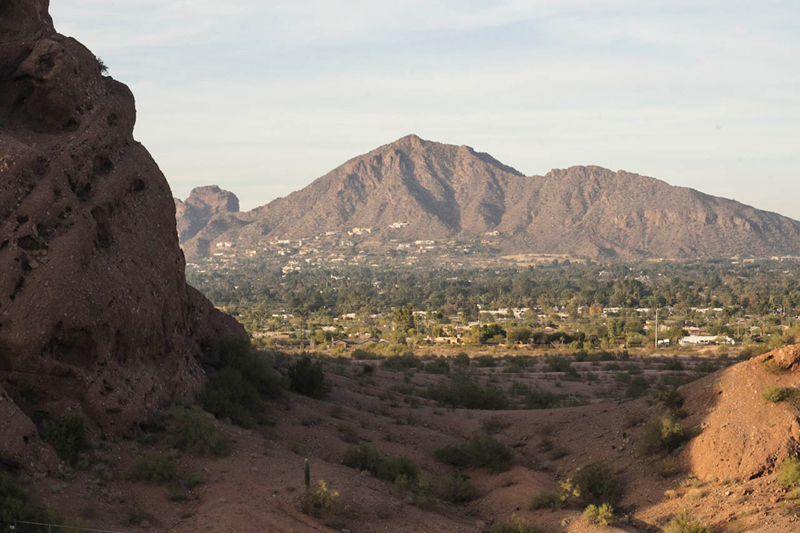 If you travel to the Phoenix metropolitan area in Arizona, you can’t miss Camelback Mountain. As prominent as any urban skyline, its silhouette creates a captivating natural backdrop for the suburban town of Paradise Valley, an upper-middle-class enclave. Professional sports teams like the NFL’s Arizona Cardinals utilize the challenging slopes for training, and 300,000 people hike the mountain each year, making it the most popular urban hiking center. It’s in a Phoenix city park.

But before urban hiking was trendy, before the city of Phoenix existed, and thousands of years before America was a nation, the O’odham people (now commonly known as Pima) were there. They still are.

The English name comes from its shape, which appeared to newcomers as a kneeling camel. No O’odham would have ever seen a camel. The O’odham maintain several different words for the mountain. Some call it “Almost Red,” for its almost-red color, which is a lyric that appears in one of their ceremonial songs. Others call it “Woman Mountain” for its shape when observed from the east.

Much like non-Indigenous visitors, many O’odham are avid hikers. But the O’odham approach hiking Camelback Mountain with perhaps a heightened level of caution and reverence, acknowledging ancient warnings of the power and danger of the beautiful mountains. Each year, emergency helicopters evacuate hikers who approach the mountain cavalierly and underprepared.

Chelsey Luger wrote this article for The Decolonize Issue, the Spring 2018 issue of YES! Magazine. Chelsey is a journalist from the Turtle Mountain Band of Chippewa and Standing Rock Sioux Tribe, currently based in Scottsdale, Arizona. Her work can be found in the Atlantic, the Hufffington Post, Al Jazeera America, and more. She is the co-founder of Well For Culture, an indigenous wellness movement.