A Small European Island Teaches Conservation Through Its Herbs And Spices

A group of conservationists is hoping to change local attitudes about threatened habitats through a series of public workshops where people can exchange knowledge about Malta’s native plants and their significance in the local culture and cuisine.

On the Mediterranean island of Malta, rocky shrublands known as garrigues face several threats, including development and invasive species. Many Maltese disregard garrigues as barren wastelands. Yet they are home to Mediterranean thyme (Thymus capitatus) and other wild culinary herbs, as well as to endemic plants and animals, from the Maltese spider orchid (Ophrys melitensis) to the Maltese shrew (Crocidura sicula ssp. calypso).

A group of conservationists is hoping to change local attitudes about garrigues and other local threatened habitats through a series of public workshops where people can exchange traditional knowledge about Malta’s native plants and their significance in the local culture and cuisine.

The workshops come at a time when immigrants from elsewhere in the EU and from Africa are altering Malta’s social structure. The idea is to approach conservation through the lens of ethnobotany, the study of the cultural significance of plants, as a way to bring people together and foster an awareness of conservation. 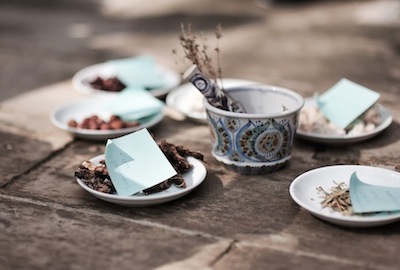 “Not having many studies on the local ethnobotanical knowledge, we risk losing this knowledge which has historically been passed down [through the] generations with no written documentation,” Simone Cutajar, co-leader of the workshops, told Mongabay. Cutajar is a project manager with the Maltese nonprofits Integra Foundation and Friends of the Earth Malta; the latter and the Malta Arts Council sponsored the workshops.

The project, called Stejjer Imfewħa, which means “Scented Stories” in Maltese, began last June. A total of five workshops will culminate in an interactive exhibition this spring featuring works of art created by participants that celebrate people’s relationship to herbs, flowers, and spices.

The project continues a similar series of workshops that the Integra Foundation conducted in 2014 through its Ħwawar u Fjuri (“Spices, Herbs, and Flowers”) project, which brought native Maltese and immigrants together to share stories about their traditional uses of plants.

Ethnobotany addresses a side of conservation that is often overlooked, Cutajar said. Bringing traditional knowledge back into the dialogue helps reconnect people to nature, demonstrating that nature is just outside their doorstop, whether they live in a town or a crowded city. It also reminds them that flowers, herbs, and spices can connect people from different cultural backgrounds. 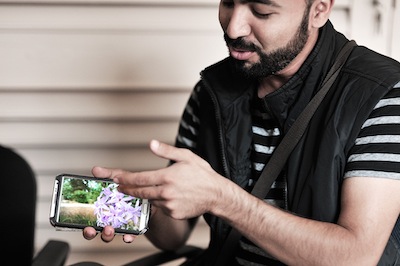 Ultimately, the workshops aim to change attitudes and behavior related to the integration of different communities in Malta, which is something Cutajar and her collaborators acknowledge will take time.

Even so, it was surprising how quickly people connected during the first Stejjer Imfewħa workshops, Cutajar said. “Really personal, touching stories came out, not something that you could get from talking to an academic about ethnobotany,” she said.

Malta, like some other EU member states, struggles to communicate its environmental problems to the public. These include excessive development and construction, scarce water resources, and soil degradation. Stejjer Imfewħa’s leaders hope the project will serve as a gateway to environmental awareness. Teaching people about delectable Maltese native plants like Mediterranean thyme could — one day— lead to the protection of threatened habitat like garrigues, they think.

“If you put a lot of energy in conserving areas but people still don’t appreciate it, after a number of years you will end up in the same cycle where you have to fight policy to protect and safeguard the environment,” said Cutajar. “These workshops act as a long-term insurance to make sure that we bring communities closer to nature and start appreciating it more.”

See also:
5 Medicinal Herbs You Can Grow in Your Backyard
5 Anti-Disease Properties Of Essential Spices In Your Diet