Beyond 2012: Recreating Ourselves in the Sixth Sun

Ometeotl! This is a traditional expression, which means “may this become real” or more literally, “the two energies (may combine to create),” as depicted by a double headed serpent. It also means the union of the energy heavens and of the physical world.

Did anything happen as prophesized on December 21, 2012? Sergio Magaña is a teacher of the 4,000-year-old Toltec tradition that understands the timing of momentous shifts occurring in human consciousness at the beginning of this 21st century. As we shift from orienting ourselves in the world externally — What do I have? What do I look like? Who loves me? — to a deeper understanding of our self in relationship to the universe and needs of the whole, we ride a great cosmic wave in the Sixth Sun of darkness, and the opportunity for nothing less than to recreate ourselves.

Carol Bedrosian: What is the Nahuatl culture and calendars of central Mexico?

The spoken Nahuatl culture started with what history considered a nomadic group named the Chichimecas. Chi in Nahuatl is “power,” as in the Oriental language. So when we trace the lineage of mastery of dual power, that is the first reference that we have in history to both lineages of “awake” and “sleeping.”

Nahuatl is still spoken in the center of Mexico by one million and six hundred thousand people, and a lot of new people like me, we learn the language through our training.

Carol Bedrosian: What type of training is this?

Sergio Magaña: The training is in many things. The main duality for us is tonal/nahual. Tonal means who you are in waking, and nahual is who you are in sleeping. The main representatives in the tradition for those two paths are Quetzalcoatl, the rising serpent for the path of light — the awake, the tonal — and the Tezcatlipoca, the smoking mirror that refers to the path of darkness. 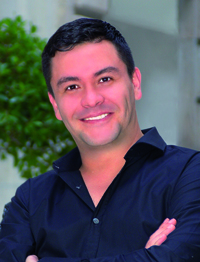 “If we wish to understand the change that took place in 2012, it is necessary for us to develop a very clear understanding of how each instant of the physical world is created out of the subtle world. Time is speeding up and the distance between a thought and its manifestation is shrinking. This new era will allow for anything — constructive or destructive — to manifest much more rapidly.” — Sergio Magana

Carol Bedrosian: Last year, 12/21 was a much talked about Mayan calendar date with many things anticipated, including the end of the world — an apocalypse. What, if anything, happened on that day?

Sergio Magaña: I think the great problem in understanding the ancient wisdom of Mexico is the translations, both from the Mayan and from the Nahuatl. For example, in the Nahuatl chronicles the Fifth Sun will end with earthquakes, there will be a lot of suffering and everyone will die. And the Mayan chronicle says something similar.

So I think all these predictions are about not knowing how to translate the Mayan message and the Nahuatl culture’s message, because for the ancient Mexicans, that death doesn’t mean the physical death. It is one of the possibilities of dying, but death means changes.

Earthquakes, for us, mean change. The ancient structures in which the Fifth Sun were based are going to shake and we’re seeing it everywhere. The economics, the politics, everyone is shaking, the medicine. There will be a lot of suffering because people are not comfortable with change. “Everyone will die” refers to everyone will be forced to change.

According to the Aztec calendar, also called the Toltec-Mexica calendar, a Sun is an astronomical period lasting 6,625 years. Currently we are in a period of transition between the previous Fifth Sun, and the Sixth. What appears to be the Sun’s tongue sticking out may actually be the tecpatl, the obsidian dagger, namely “justice” in the sense of mathematical soundness. 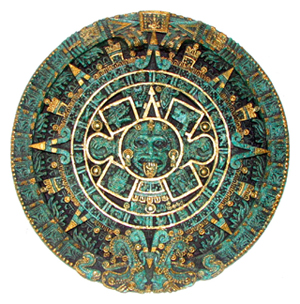 What I think happened that day was an alignment of eight seconds between the sun, the center of the galaxy, the Pleiades and the Earth. It was like an acceleration forcing us to change more quickly. But it’s a personal decision, what you do and what you don’t do in these times. All the tools are available and everything is possible.

Carol Bedrosian: In your book, The Dawn of the Sixth Sun, you mention that we’re moving out of the Fifth Sun now, and we’re already going into the Sixth Sun. The book mentions widespread famine. Would that also be a metaphorical sense or would that be in a real sense as food is a serious issue that we face today with GMO food, food scarcity, drought, famine.

Sergio Magaña: According to tradition things are going to become extreme. So I think all the extreme things that are happening, like the Marathon bombing, all this violence, all this economic crisis in Europe, all this problem with food, are forcing us to change. A lot of people will suffer and some of them, of course, will die.

But all these external things are the first stage of the change because the change for us started in 1991 and got to the climax in 2012. The first stage was twenty years of external change where a lot of our environment modified. But now comes the nine years until we finish the transition to 2021, where our own consciousness — the inner part humankind — will change. 2021 is the end of the transition. For us it’s when the cycle ends but the Mayan count is quite different. They are quite exact; for example, the 31st of December is 2010 and the first of January is 2011. The Mayan count is like that.

The Nahuatl and the Aztec calendar count is not like that. It’s more like nature. In nature, for example, when night goes into the day, it’s not that suddenly it’s day. There is a transition. So for this transition, it started in the full eclipse that happened in Mexico in 1991 and will finish with another eclipse in 2021. For us now, they are in coexistence. We are like in the part of the sun rise where is there is still night but also appearing is the light.

The transition will finish with an eclipse and that’s when we will be immersed totally in the Sixth Sun. It is not exactly that it all will happen in one day; that is more like the Mayan count. For us it has been happening and will keep happening that religions will fall, that a lot of the medicine systems won’t be very effective and people will begin to look at how to self-heal, that a lot of the satisfaction that was outside will go inside.

I think we are lucky to be able to see and to experience the transition from a sun of light to a sun of darkness because the next period will be thousands of years in the other order — interest about dreaming, interest about the unconscious, underworlds, and what cannot be seen.

Carol Bedrosian: Sun of darkness does not sound like a very positive thing!

Carol Bedrosian: What will we find on the inside?

Sergio Magaña: A lot of the belief systems that we’re basing on something outside won’t be effective any more, like the medicine from the outside won’t be effective. So a lot of people will have to look on the inside. If they are able to look in time, they will survive and they will have their best time with grace. We really will be seeing what Freud and Jung said, and that has been said by a lot of traditions — that the dreaming state creates the awake is real. And if you don’t fix how you dream, you will never be able to fix how you live.

For going forward, I recommend that people begin exploring their inside, to being looking for teachings, not exactly mine or for a tradition, but the teachings of the inside — how to reawake your power to make self-healing, how to control your dreams, how to change without all that suffering, without wanting to keep what is falling down. I have seen the change for so many people. Changing, accepting, modifying dreams, self-healing — those people will change without suffering.

Sergio Magaña, “Ocelocoyotl”, is a well-known healer in Mexico City, who has been trained in the Tol shamanic lineage (nahualism) of dreaming knowledge that has been passed on in the oral tradition without interruption from master to student for 1,460 years. He is the author of 2012–2021, The Dawn of the Sixth Sun: The Path of Quetzalcoatl, and travels extensively to teach in Mexico, the USA, Italy, The Netherlands, and the United Kingdom. For additional information please visit www.sergiomagana.com.

Carol Bedrosian has been the publisher of Spirit of Change holistic magazine since 1987. Visit www.spiritofchange.org