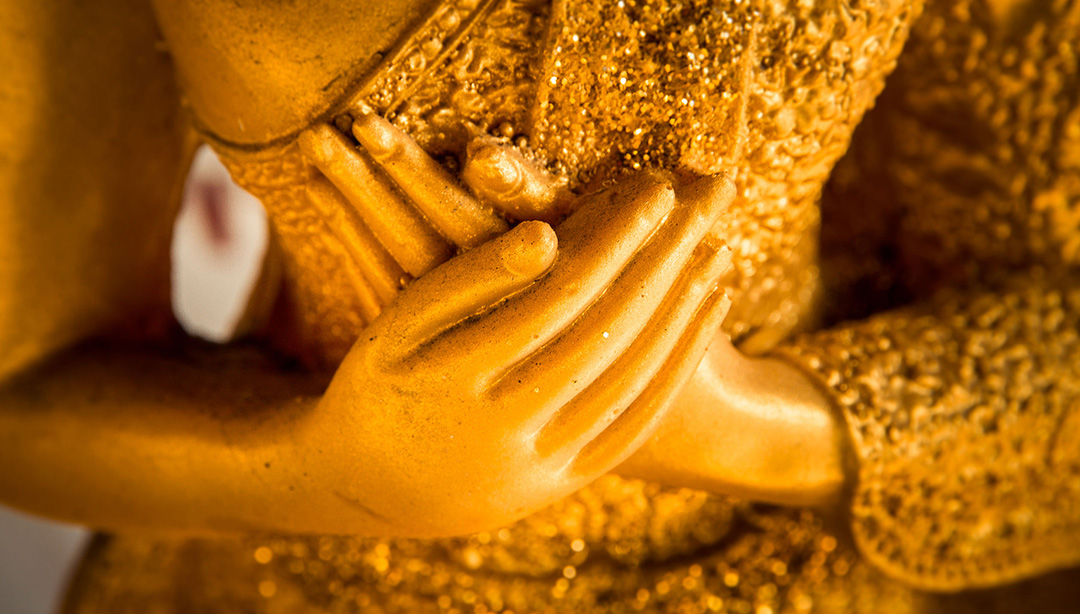 Many of us will start out the New Year by making a list of resolutions – changes we want to make to be happier such as eating better, volunteering more often, being a more attentive spouse, and so on. But, as we know, we will often fail. After a few failures we will typically give up and go back to our old habits.

Why is it so hard to stick to resolutions that require us to make effective or lasting changes?

I would argue the problem isn’t that we try and we fail –– the problem is how we treat ourselves when we fail. I study self-compassion, and my research and that of others show that how we relate to personal failure – with kindness or harsh self-judgment – is incredibly important for building resilience.

From early childhood, we are taught how we must succeed at all costs. What most of us aren’t taught is how to fail successfully so we can change and grow.

One of the best ways to deal with failure is to have self-compassion.

What Exactly Is Self-Compassion?

I define self-compassion as having three main components: self-kindness, common humanity, and mindfulness. Self-kindness refers to the tendency to be caring, understanding, and supportive toward ourselves when we fail or make mistakes rather than being harshly critical or judgmental.

Common humanity involves recognizing that all humans are imperfect, and connecting our own flawed condition to the shared human condition so we can have greater perspective on our shortcomings.

Mindfulness involves being aware of the pain associated with failure in a clear and balanced manner so that we neither ignore nor obsess about our faults. The three together combine to create a self-compassionate frame of mind.

A large body of research shows that self-compassion results in greater emotional wellbeing. One of the most consistent findings in this research is that greater self-compassion is linked to less depression, anxiety and stress.

Self-compassion has been found to be an important source of coping and resilience in the face of various life stressors such as divorce, chronic health conditions, or military combat. It also reduces body dissatisfaction and even leads to healthier eating behavior (relevant to many New Year’s resolutions!)

If self-compassion is so good for us, why aren’t we kinder to ourselves?

Perhaps the biggest block to self-compassion is the belief that it will undermine our motivation. In parenting circles we no longer hold to the adage “spare the rod spoil the child.” When it comes to our own selves, however, many of us think that sparing the rod of harsh self-criticism will turn us into lazy, self-indulgent ne’er-do-wells. This theme constantly comes up in the workshops I teach.

Of course, the dynamics that go into motivating our children and motivating ourselves are quite similar. Let’s say your teenage son were to come home with a failing English grade. You have two ways to motivate him to try harder and do better next time.

You could admonish him and tell him how stupid he is and that you are ashamed of him. The other is, knowing how upset he is, you could give him a hug and gently ask him how you could support him in doing better next time. This type of caring, encouraging response would help your son maintain his self-confidence and feel emotionally supported. The same goes for how we respond to ourselves when we fail.

How Does Self-Compassion Increase Motivation?

A growing body of research indicates that self-compassion is linked to greater motivation. Self-compassion has been associated with increased personal initiative –– the desire to reach one’s full potential.

Self-compassionate people are also more likely to adopt “mastery goals”, which focus on learning and mastering material to increase competence, and less likely to adopt “performance goals,” which are primarily concerned with succeeding to make a favorable impression on others.

Not only are self-compassionate people less likely to fear failure, when they do fail they’re more likely to pick themselves up and try again.

A series of experiments by psychologists Juliana Breines and Serena Chen from the University of California at Berkeley examined whether helping undergraduate students to be more self-compassionate would impact their motivation to change.

In one study, participants were asked to recall a recent action they felt guilty about – cheating on an exam, lying to a romantic partner, saying something harmful, etc. –– something that still made them feel bad when they thought about it.

Next, they were randomly assigned to one of three conditions. In the self-compassion condition, participants were instructed to write to themselves for three minutes from the perspective of a compassionate and understanding friend.

The second condition had people write about all their positive qualities, and the third about a hobby they enjoyed. These two control conditions helped to differentiate self-compassion from positive self-talk and positive mood in general.

The researchers found that participants who were helped to be self-compassionate about their recent transgressions reported being more motivated to apologize for the harm done and more committed to not repeating the behavior than those in the control conditions.

Another study in this same series of experiments explored whether self-compassion would directly translate into greater efforts to learn after failure. Students were given a difficult vocabulary test they all did poorly on.

One group of students were given an instruction to be self-compassionate about their failure. The instruction said,

“If you had difficulty with the test you just took, you’re not alone. It’s common for students to have difficulty with tests like this. If you feel bad about how you did, try not to be too hard on yourself.”

Another group was given a self-esteem boost, which said,

“If you had difficulty with the test you just took, try not to feel bad about yourself — you must be intelligent if you got into Berkeley!”

A third group of participants were given no additional instructions.

The students were next told that they would receive a second vocabulary test, and were given a list of words and definitions they could study for as long as they wanted before taking it. Study time was used as a measure of improvement motivation.

The students who were told to be self-compassionate after failing the first test spent more time studying than those in the other two conditions. Study time was linked to how well participants actually performed on the test. These findings suggest that being kind to yourself when you fail or make mistakes gives you the emotional support needed to try your best, and to keep trying even when discouraged.

Kindness is the engine that drives us to keep trying even after we fall flat on our face. So this New Year, when you make and inevitably break your resolutions, instead of beating yourself up and then giving up, try being kind to yourself. In the long run you’ll be more likely to succeed.

Dr. Kristin Neff’s research interests center on the psychological health benefits of self-compassion. Self-compassion is a concept borrowed from Buddhist psychology, and entails self-kindness, feelings of interconnectedness, and mindfulness. Dr. Neff has developed a scale to measure the construct and has conducted numerous studies on the topic. Dr. Neff is internationally recognized as a pioneering researcher into self-compassion. She is now focusing on applications of self-compassion, teaching people how to relate to themselves with greater kindness.