Cared For and Loved By Green Beings 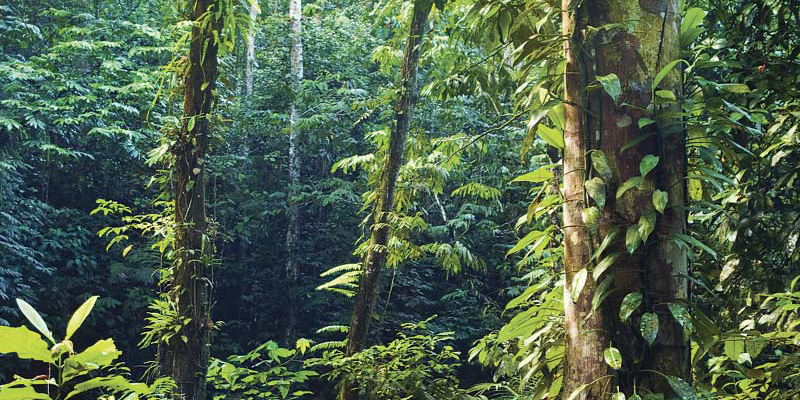 Is it possible that we evolved from plants? Could we have cognitive functioning because of plants or need a love relationship with nature? Is our raising of consciousness dependent on our relationship with plants? The answer is “yes.” Read on and see how and why.

Fossil records indicate that plants moved onto land from the sea 450-475 million years ago. These first land plants were seedless vascular plants like horsetail and ferns. Another million years later reptilian plants had emerged with external reproduction such as the pinecones of conifers. One hundred more million years went by before angiosperms or flowering plants with internal reproduction became dominant. It was not until flowering plants were well established that humans arrived on the scene.

But this is the recent history of plants. The origins go back much further into the dawn of life on planet Earth. According to Dr. T. Herman Sissons in The Big Bang to Now: All of Time in Six Chunks, approximately 3-4 billion years ago bacteria (non-chlorophyll micro-organisms without a cellular nucleus) began to multiply within the primordial soup of the oceans. These bacteria initiated a radical transformation by using the sun’s energy to metabolize water and carbon dioxide to generate oxygen and carbohydrates. By 2.3 billion years ago the photosynthetic process was completely established and these bacteria had transformed Earth’s atmosphere to the oxygen-rich, life-giving biosphere we now experience. The same basic proportions of nitrogen, oxygen and carbon dioxide that were established then still exist today.

It wasn’t until 1.8 billion years ago that our ancient ancestors emerged. A single algal population began to thrive and it was from these algae that humans eventually arose, Sissons establishes. These early organisms were very intelligent and were able to adjust carbon dioxide uptake and oxygen release for millennia to ensure a vibrant biosphere teaming with life. Their bio-intelligence ensured not only survival, but also a thriving population that communicated and organized themselves enough to encode the ability to grow, reproduce, inherit and mutate. They initiated the process of diversification.

The new field of science knows as plant neurobiology (the study of plant intelligence) suggests this was a conscious decision on their part so that several million years later, plants moved to land and became dominant, making up 99% of all living organisms on the planet. This success has continued over the millennia as plants adapt to their changing environment, always moving toward homeostasis. Once humans emerged some 500,000 years ago, plants already had the “long view” and were well established as the stabilizing, life-giving beings on this lovely planet we call Gaia.

Symbiotic Relations Between People and Plants

Physical symbiosis: Because plants are uniquely photosynthetic they provide us with all of our basic physical needs. Through the photosynthetic process they capture sunlight and use this energy to extract carbon dioxide from the atmosphere, then combine it with water to form sugars that make up their roots, stalks, leaves, flowers and seeds that contain starch, fat and protein. The by-product of this process is oxygen. Plants, trees and sea vegetables produce all of the oxygen on the planet, thus being the only source of oxygen.

What happens when we bring the automatic ability of breathing into conscious awareness — that the source of our breath is from plants? We realize we are already in relationship with plants because of the mere fact that we breathe. When we become conscious of the source of this breath our relationship deepens. When we pay attention to the fact that we are exhaling carbon dioxide that the plants are breathing in, we then shift into the symbiotic reality of exchange of breath with all the green beings. We are constantly in a cycle of breath, a relationship where we are dependent on each other for our lives.

Cognitive symbiosis: Edmund Sinnott in his book Cell and Psyche postulates that “the rise in higher types of psychological behavior culminating in mind” is a result of plants initiating self-awareness 1.8 billion years ago. Because these ancient plant ancestors were able to communicate with each other and organize themselves to grow, reproduce, inherit and adapt, they developed self-awareness, which, by many in the biological world, is seen as the origins of consciousness. During this birthing of consciousness, plants developed very sophisticated and complex communication abilities amongst themselves and eventually with other species, including animals and finally, humans.

Plants are able to compute and make decisions about complex aspects of their environment, intricate signaling systems to alert neighbors, foraging and competing for resources. They have large protein molecules that have the ability to store large amounts of information, thus creating an enormous capacity for complex communication and retention of data. Amazingly, they can remember all of this to set future intentions of intelligent choice, and as Jeremy Narby says in his book, The Intelligence of Nature: “Plants learn, remember, and decide without brains.” All of this was occurring millions of years prior to human emergence.

Emotional symbiosis: “Biophillia” is a term coined by etymologist Edmund Wilson, in his book of the same name, to describe our love for nature, plants and trees. Because of our long-time association with plants and our symbiotic relationship, we have an inherent (and possibly inherited) need to be in close proximity to nature, plants and trees. Because of this need to be near what gives us life, a type of bond occurs that is necessary for healthy gaiacology (relationship with a living Earth).

Being in close relationship with the source of our sustenance can initiate the release of oxytocin, a hormone produced by our heart and hypothalamus — called the bonding hormone — which initiates the restorative response. Through this bonding, emotional ties result, opening our hearts to the reality of the love nature and plants have for us and that we have for them. This is similar to the deep bond between a mother and child.

Once the heart is in coherence, oxytocin is released, restoration begins and our inner environment comes into balance, affecting our outer environment. Not only are we restored to a loving balance, but so is all that we come in contact with. In this deep place of nurturance our emotional connection is undeniable as we become aware that we are loved and cared for by another being — a green being.

Spiritual symbiosis: Spirit can be defined as the vital principle held to give life or that which animates. Nature is the ultimate in vital force, with plants being the most prolific aspect of nature and whom we are most closely related to. We have easy access to spirit via the plants. The very origins of our conscious awareness came from plants and they have been guiding us throughout our earth walk. Each time the plants and trees reach another level in their evolution, humans are in their wake.

What has become evident in the past few decades is people are profoundly inspired and touched by plants and their psyche-altering capabilities that provide humans with experiences of alternate dimensional realities. Psychotropic plants, flower essences, and plant spirits, to mention a few, have become increasing prominent in the world of herbalism and beyond.

Initiations are no longer a part of modern society, so we have become a culture of uninitiated humans lacking maturity and knowing of our place within the whole. The elders are gone who remember how to initiate us. Ingestion of ceremonially prepared plants — both psychoactive and non-psychoactive — is a form of initiation that plants are offering us. This tells me that the plants, one more time, are preceding us in our evolution, only this time our evolution is of a spiritual nature. Plants are stepping up to the plate and serving as our elders to initiate us so that we can take up our rightful place within the circle of life, being co-creative partners with the plants, trees, elements and great Lady Gaia.

Pam Montgomery teaches internationally on plant spirit healing, spiritual ecology and plant communication. She is the author of two books: Partner Earth, A Spiritual Ecology and the best-selling Plant Spirit Healing: A Guide to Working with Plant Consciousness. Visit her website at www.partnereartheducationcenter.com.