Earth Talk: What Are Conservation Dogs? 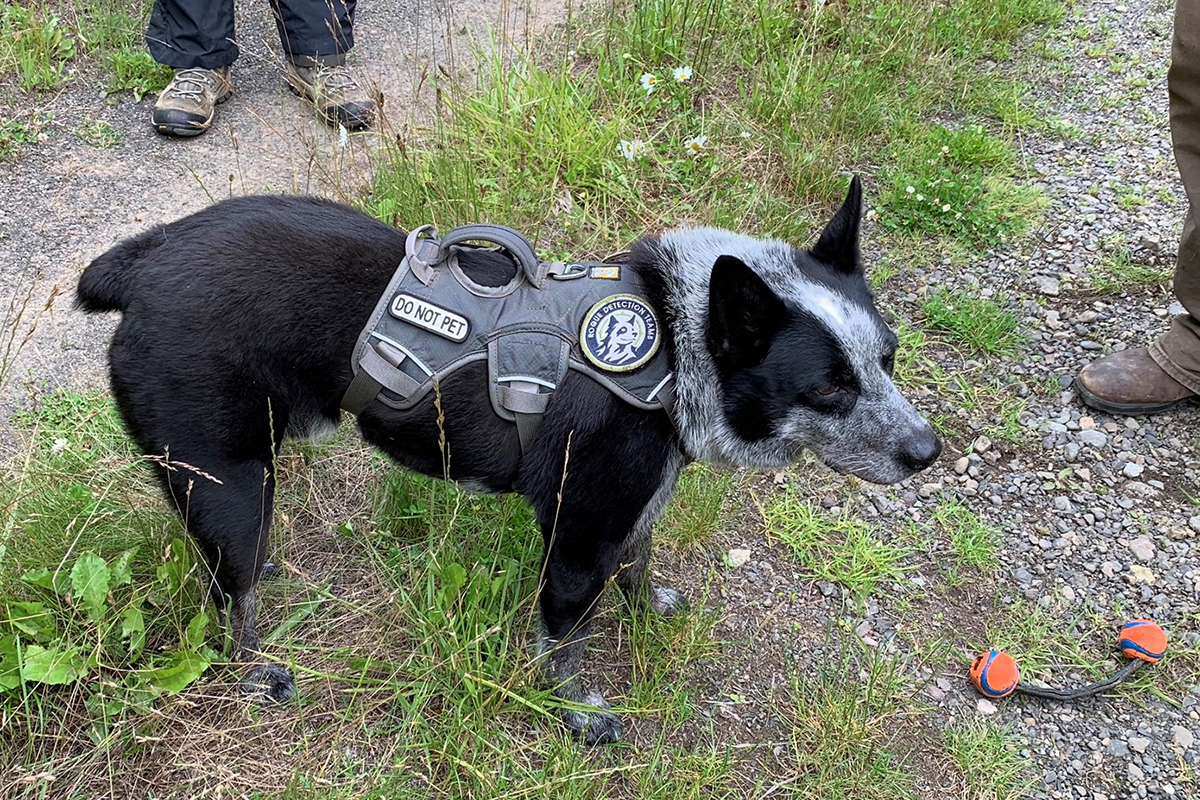 Dear EarthTalk: What are conservation dogs?  Jon Gretcham, Portland, OR

Simply put, conservation dogs are canines specially trained in sniffing out evidence of specific wildlife species that scientists are seeking to learn more about for one reason or another. Most commonly these dogs are used to help biologists understand where and how threatened or endangered wildlife species are hanging on—or if they are still around at all.

At the forefront of this burgeoning field is Rogue Detection Teams (RDT), a Washington State based non-profit that sends their specially trained dogs around North America and beyond to help scientific researchers, government agencies and non-profit groups gather field evidence in order to further their conservation work.

It’s no wonder that conservationists have started using detection dogs, a standard practice in the military and law enforcement since the 1940s when U.S. troops first employed canines to detect German land mines in North Africa. By pairing human handlers well-versed in ecology and biology (the “bounders”) with detection dogs trained on a specific scent, conservationists can monitor the density, distribution and overall health of certain species of concern.

To wit, Rogue’s dogs have worked all over the world helping conservation groups bolster their cases with hard data collected in the field. The majority of the Rogue’s work so far has been in the American West, but teams are scattered as far afield as Brazil, Europe, Africa, Southeast Asia and the Middle East in search of everything from sea turtles to grasshoppers to pygmy rabbits, big cats, red foxes and bumblebees.

What makes for a perfect conservation dog? The best detection dogs wouldn’t necessarily make a great pet, as they tend to be obsessed with reward accumulation. “Our dogs are typically considered unadoptable due to their high energy and obsessive desire to play fetch,” says Rogue’s Jennifer Hartman. “This obsessive energy is quite perfect for us because we pair this with detecting an odor and reward our dogs with their ball for locating the odor.” Rogue’s dogs can cover up to 15 miles a day in survey work, and still have energy left over for more playtime after the search.

And it doesn’t take a specific breed or size dog—it’s all about the dog’s so-called ‘high ball drive’. “We have quite a few Labrador mixes as well as heeler mixes because these seem to be high drive dogs that end up in shelters, but we also have a chihuahua mix and what might be a papillon mix in our program,” reports Hartman. “We love all dogs though, and don’t discriminate as long as they like to play fetch!”

Currently Rogue runs 19 dogs out of its Washington State headquarters. The organization, founded in 2019 by a group of conservation-oriented dog handlers who had been doing this sort of work on their own for more than a decade, also runs programs to train others’ dogs (and their owners) in these canine “detection” practices. Through its training work, Rogue hopes to develop the next generation of bounders to carry on the innovative work of the conservation dogs in helping other species hang on in this warming-compromised world.