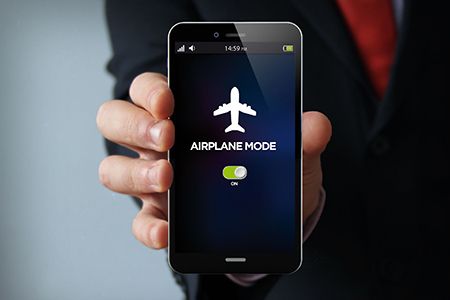 Although all humans are affected by their electrical surroundings — we are electrical beings, after all — most cannot perceive it unless the intensity is too strong.  A small percentage of the population might become electrically sensitive after some overexposure and then may experience a wide range of conditions, such as racing heart, ringing in the ears, tingling or intense heat sensations in the limbs, chest constriction and dozens of others.  Somewhat less than one percent of the population may become acutely and immediately affected by EMFs — whether from the household wiring or broadcasting devices — and may have intense discomfort or pain. These Electrically Hypsersensitive (EHS) folks find it very difficult to participate in society or even to have their basic needs met, especially due to the pervasive nature of cell towers and public WIFI deployment and some have had to flee their own homes.

Although we cannot yet predict who is likely to become electrically sensitive, there are five main observed precursors that lead to EHS:  high electrical exposure, high chemical exposure, biological trauma (mold, Lyme, parasites), physical trauma (whiplash), a compromised immune system.  It has been observed that the EHS person is more often female and the age of manifestation often seems to be between ages 40 and 60 years old. It is frequently the case that a person who is chemically sensitive will also be electrically sensitive, and vice-versa. The EHS condition is legally considered a disability in some countries, thus accorded various rights for accommodation.   Microwave illness was the original name given to the same condition seventy years ago when researchers started reporting military injuries with similar frequencies and power levels that we now integrate into our personal devices.

Building Biology is a compassionate discipline that works to ensure that people live in the most healthful environments possible. Modern living involves many hazards, some obvious and some subtle. A Building Biologist is often requested to visit a home due to a resident’s health challenge and then it is their mission to help identify and perhaps lessen such hazards in that home, based on decades of accumulated expertise. One of the central tenets of Building Biology is called The Precautionary Principle, in this context to err on the side of caution instead of waiting decades for full scientific confirmation of negative health effects. Building Biologists often quantify hazards using measuring instruments and then compare those values with known healthful levels, but the goal is always to holistically examine the situation and provide the necessary support to provide the best opportunity for an improved health outcome. Building Biologists also are engaged during home design, renovation planning or the construction phase to better serve the future occupants. To ensure the highest standards are met, a Building Biologist should be certified by an accredited institution. To learn more about the Building Biology discipline in the US, or to find a local expert, visit https://buildingbiologyinstitute.org/

One would hope that human health always remains a high priority as new technologies are deployed.  Unfortunately, this is not the case and nowhere is that more evident than at the FCC and FDA agencies, which are charged with regulating devices such as cell phones, WIFI routers and such technology spinoffs as might appear in homes, cars and schools. These agencies have continually shrugged apologetically that they have insufficient authority, even as many thousands of scientific reports have shown that these technologies pose grave risks to some, if not all, of the human population. What has always been needed is both an ethically independent council to act exclusively for human health, and an ombudsman to process public complaints effectively and to hold the regulated industries and agencies accountable.

Passenger Vehicles Once Again Unsafe At Any Speed

Most folks enjoy their modern cars and trucks since they sport features and conveniences such as Bluetooth integration, a touch screen display, rear-facing camera, vehicle avoidance radar and even a 120V accessory outlet. However, these seemingly benign aspects make it so that electrically sensitive folks cannot even be a passenger in a modern car, nor hail a taxi (or eventually, even ride in an ambulance). That Bluetooth system will emanate microwaves that bounce around in the car; that 120V outlet emanates a large AC electric field throughout the car. Ever more folks, hitherto not known to be electrically sensitive, report shooting pains, headaches, ringing in their ears and other common electromagnetic symptoms after a few weeks of driving their new 2021 vehicles.

Car manufacturers follow the lead of other industries and assume all these features are healthful for the full population but they do not conduct health testing to ensure it. The 2021 models now sport V2V (vehicle-to-vehicle) communication so that even driving past another car on the highway will be injurious to those who are electrically sensitive. By 2025, more than a dozen car companies have vowed to add 60 GHz radar to the interior cabin of the car (not unlike the body scanners at the airport), ostensibly to address the problem of children being locked in hot cars. Carmakers see the positive perceived benefits, without understanding the negative health consequences on millions of people routinely overexposed to such electrosmog. These “safety” features often have no way for the consumer to disable them.

The reality is that most physicians were never trained about environmental illnesses at medical school. When a patient, who has actually been poisoned by some environmental factor, encounters a physician who has not been properly informed about environmental intolerances (such as multiple chemical sensitivity or electrical sensitivity), then the patient’s needs are rarely met. Often, the well-meaning physician may be skeptical or suggest a psychological medication. That same physician would not doubt the patient if they had been exposed to asbestos or lead or some better recognized toxin.

Physicians are presented with conflicting information; some studies say there are problems and other studies say there are no problems. Some studies come to conclusions that favor the sponsor, and a physician needs to do the extra legwork to note that the anecdotal information provided by one’s patients may well be ahead of the curve of the mainstream. Ignoring facts does not make them untrue. Today’s heresy is tomorrow’s orthodoxy.

Health professionals can now learn about electrical sensitivity (and receive continuing education credit) via the online 2021 EMF Medical Conference, now available as recorded presentations. This conference answers key questions that physicians have, such as taking an exposure history, symptom analysis, lab testing, insurance billing codes, research papers, plus they will hear the powerful stories of folks suddenly struck by EHS. By informing everyone properly, patient outcomes will be vastly improved. In fact, recovery from many chronic conditions may be helped if the home is cleared of biological hazards, and so physicians will also learn the positive role that Building Biolgists can play and might choose to integrate them into their wellness plans for their most delicate patients.

Ken Gartner lives with his electrically sensitive partner among the hills of Warren, in the Quaboag Valley of central Massachusetts.  Every day is spent in study of such topics as relate to helping sensitive folks navigate a world that is perilous to them.