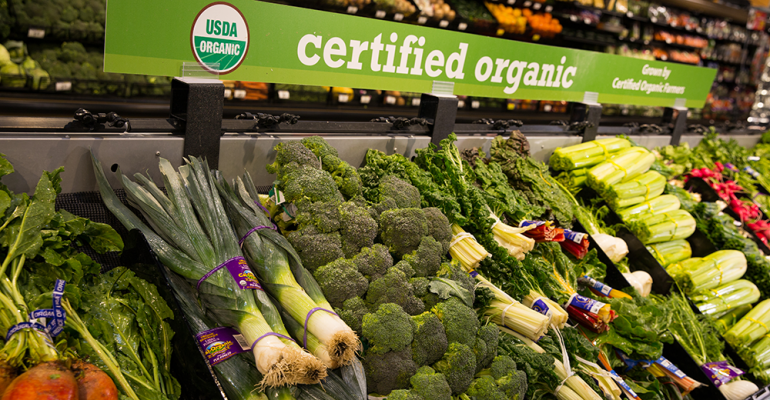 by Julia Shapero, The Hill

The Department of Agriculture (USDA) updated its regulations on foods labeled “organic” on Thursday, as part of an effort to close loopholes and increase confidence in the agency’s organic seal. The USDA touted the new rule, which aims to increase oversight and enforcement of products labeled organic, as the “biggest update to organic regulations” since 1990. “This success is another demonstration that USDA fully stands behind the organic brand,” Jenny Lester Moffitt, the agency’s under secretary for marketing and regulatory programs, said in a statement. The new rule requires more businesses in the supply chain to be certified as organic.

Type the words “college student” and “ChatGPT” into Google and you’ll probably find multiple horror stories of robot-written book reports and the inevitable downfall of academia. However, one college student has built a tool specifically designed to sniff out text written by AI, giving teachers a small sense of relief. Edward Tian, a 22-year-old senior at Princeton University, spent his winter break diligently working on GPTZero—an app that (perhaps ironically) incorporates the same technologies used in ChatGPT to “quickly and efficiently” detect AI in any block of text. The fact that Tian is studying computer science and journalism seems oh-so fitting.

With refugee resettlement organizations stretched thin, the State Department is trying to make it easier for everyday Americans to sponsor refugees from abroad and help them resettle in the U.S. The private sponsorship program announced Thursday, known as Welcome Corps, could mark a significant shift in how refugee resettlement in the U.S. works. Until now, the State Department has relied on refugee resettlement organizations to do this work. The new pilot program is modeled in part on previous efforts to resettle Afghans who were evacuated last year and Ukrainians fleeing the war in their country.

Names matter. That’s the message from the Department of the Interior as it works to replace the names of public lands that are outdated and outright offensive. Secretary of the Interior Deb Haaland—the first Native American person to serve as a cabinet secretary in U.S. history—established a task force to review the names of the nation’s geographic features and replace the ones that include racist and derogatory terminology. “Racist terms have no place in our vernacular or on our federal lands,” Secretary Haaland said. “Our nation’s lands and waters should be places to celebrate the outdoors and our shared cultural heritage—not to perpetuate the legacies of oppression.”

Heavy California Rains Have Bright Side: Relief From Drought

by Rachel Frazin, The Hill

Heavy rains in California are offering at least a temporary reprieve from the historic drought that has plagued the state. Over the past couple of weeks, California has seen torrential rain, as well as snow, sparking power outages and putting thousands under either evacuation or shelter-in-place orders. The extent to which the series of storms will make a long-term difference in the state’s drought, however, is more of an open question. “It’s definitely too early to say that we’re out of the drought, so to speak,” said Andrew Ayres, research fellow at the Public Policy Institute of California’s Water Policy Center.