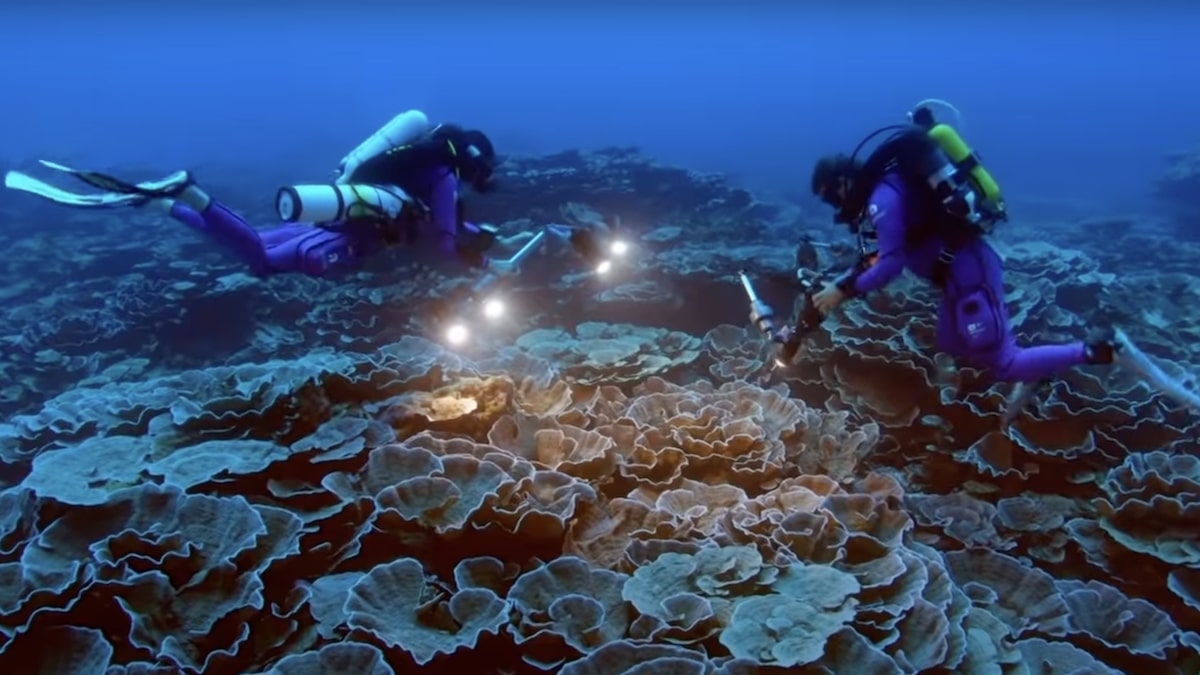 Scientists have discovered a new coral reef in the ocean’s mysterious twilight zone. The reef, which stretches for around two miles off Tahiti and thrives at a depth of around 230 feet, appears untouched by the climate crisis and offers hope that there is more biodiversity to be discovered in unexplored parts of the ocean.

by Gabriel Filippelli, The Conversation

The Biden administration has released a plan to accelerate removal of lead water pipes and lead paint from U.S. homes. As a geochemist and environmental health researcher who has studied the heartbreaking impacts of lead poisoning in children for decades, I am happy to see high-level attention paid to this silent killer, which disproportionately affects poor communities of color.

Betty White died late December 2021, just before turning 100. To honor her devotion to animals, fans created the #BettyWhiteChallenge, a social media movement calling for $5 donations to local animal rescues and nonprofits in her memory. The hashtag went viral on January 17, which would have been White’s 100th birthday, and it has raised thousands for animal charities.

Coca-Cola and The Ocean Cleanup selected the Cần Thơ River in Cần Thơ City, Vietnam as one of 15 river locations around the world to tackle plastic pollution. The global partnership between the two organizations will implement advanced technology to intercept and clean up waste in some of the world’s major rivers.

A team from the University of Michigan used recycled Kevlar – the same material found in bullet-proof vests – to create a network of nanofibres similar to a cell membrane. They then used this to fix fundamental issues with a next-generation battery type. Until now, this type of battery’s cycle life – the number of times it can be charged and discharged – has been insufficient for commercial use in electric vehicles.