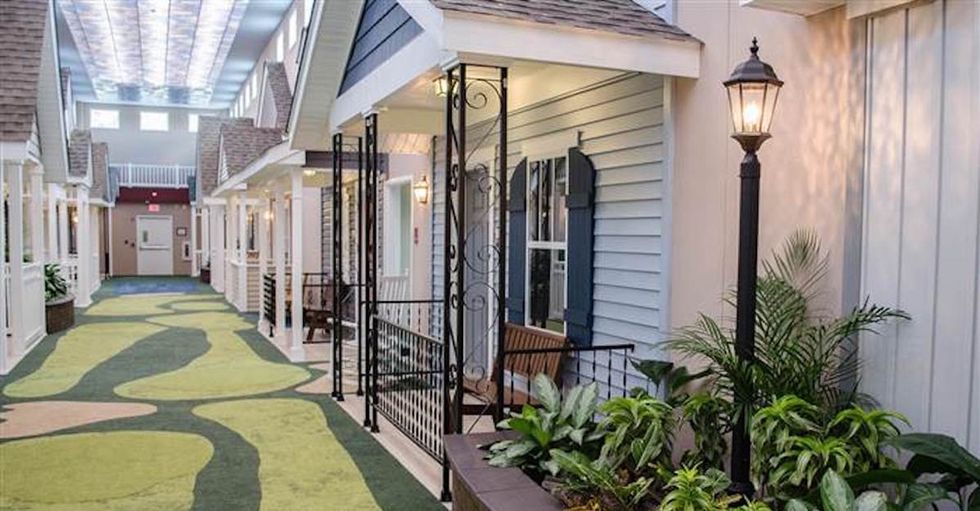 A big believer in the idea that our environment has an enormous effect on us, Jean Makesh, CEO of Lantern assisted living facilities, started thinking big — and way outside the box. “What if we design an environment that looks like outside?” he said. “What if I can have a sunrise and sunset inside the building? What if I’m able to have the moon and stars come out? What if I build a unit that takes residents back to the ’30s and ’40s?” And that was just the beginning. He also researched sound therapy. And aromatherapy. And carpet that looked like grass. No idea was off-limits.

A Proclamation On Indigenous Peoples’ Day, 2022

by The White House

On Indigenous Peoples’ Day, we honor the sovereignty, resilience, and immense contributions that Native Americans have made to the world; and we recommit to upholding our solemn trust and treaty responsibilities to Tribal Nations, strengthening our Nation-to-Nation ties. For centuries, Indigenous Peoples were forcibly removed from ancestral lands, displaced, assimilated, and banned from worshiping or performing many sacred ceremonies.  Yet today, they remain some of our greatest environmental stewards.  They maintain strong religious beliefs that still feed the soul of our Nation.

Even as two million Floridians lost power during the recent Hurricane Ian, one unique community survived intact. Despite being located around 20 miles from Fort Myers, the heart of the devastation, Babcock Ranch’s blend of solar power, native flora, and built-to-code construction has meant that they never lost power. Roughly 4,600 residents live in Babcock Ranch, billed as a storm-resilient and 100% solar-powered town. “They were told that Babcock Ranch was built to stand up to storms—but you never really know for sure until you see how everything performs when a storm comes,” Lisa Hall, a community representative, told CBS news.

The second-largest county in the U.S. just launched what officials say is the biggest guaranteed basic income pilot program in the country, becoming a leader in the national movement toward universal basic income. The Cook County Promise Guaranteed Income Pilot will send up to 3,250 eligible residents $500 per month in cash assistance for two years. Residents in the county can begin applying for the program starting Thursday through Oct. 21, and payments are anticipated to begin in December. Applicants must live in Cook County and have a household income at or below 250% of the federal poverty level.

James Clear’s landmark book “Atomic Habits: An Easy & Proven Way to Build Good Habits & Break Bad Ones” has sold more than 9 million copies worldwide. The book is incredibly popular because it has a simple message that can help everyone. We can develop habits that increase our productivity and success by making small changes to our daily routines. His work proves that we don’t need to move mountains to improve ourselves, just get 1% better every day. Most of us are reluctant to change because breaking  and starting new ones can be hard. However, there are a lot of incredibly easy habits we can develop that can add up to monumental changes.