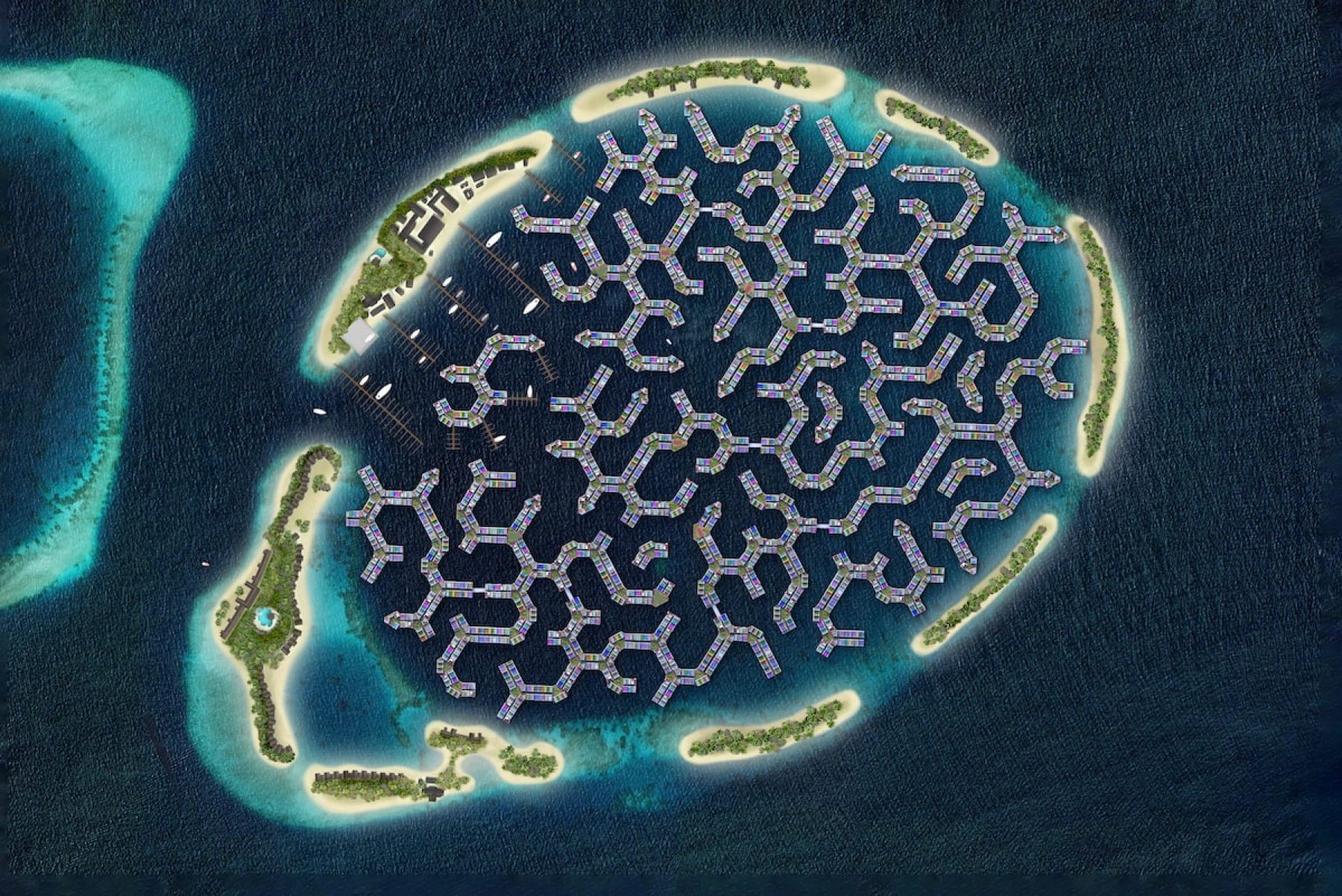 In a turquoise lagoon in the Maldives, a floating city is beginning to take shape. Consisting of houses, restaurants, shops, a school and a hospital, the futuristic feat of architecture opened its first units over the summer and will house 20,000 people by the time it is completed in 2027. Modelled on the distinctive geometry of the ‘brain coral’ that is common to the Indian Ocean, the sustainable city is being constructed to ease housing pressures in the small island nation, and to provide a livable future for locals as sea levels rise. The project has been ten years in the making and is a joint venture between the government of the Maldives and Netherlands-based architecture studio Waterstudio.

Have you ever wondered what it would feel like to witness the reproductive dance of a giant sea star, watch ibexes spar (from a safe distance), gaze upon sun-dappled mushrooms in a fairy tale forest, or meet the gaze of a polar bear through the window of an abandoned house? Now you can, thanks to the 2022 winners of the Wildlife Photographer of the Year awards. London’s Natural History Museum, which runs the competition, announced the winning images this week and will display them in an exhibition set to open on Friday. It will eventually tour across the United Kingdom and other venues in Europe, as well as North America (including Texas and Michigan), Australia and New Zealand.

A NASA spacecraft successfully changed an asteroid’s orbit by intentionally smashing into it last month, agency officials confirmed Tuesday. NASA said data obtained over the past two weeks showed that the DART probe’s impact with a small, harmless space rock known as Dimorphos did manage to alter its trajectory. The results of the cosmic collision are significant because it was the first real-life test of humanity’s ability to protect the Earth from potentially catastrophic asteroids. “All of us have a responsibility to protect our home planet,” NASA Administrator Bill Nelson said in a statement. “After all, it’s the only one we have.”

Fishermen Getting Paid To Collect Plastic Trash At Sea, As Indonesia Slashes Pollution

In Indonesia, small-time fishermen are being paid as part-time ocean cleanup crews, as the archipelago seeks to tidy their seas and raise awareness among stakeholders at the same time. The Ministry of Fisheries announced on October 4th they had stashed around $70,000, or 1 billion rupiah, with which to pay fisherman for any plastic trash they recovered from the oceans. Many countries around the world are setting environment or climate goals for themselves. One of the largest contributors of ocean going plastic waste, Indonesia is looking to shake off that reputation by spending $1 billion over the next 3 years to reduce plastic entering the oceans from their shores by 70%.

A Stadium Of People Launched Into An Incredible, Spontaneous ‘Bohemian Rhapsody’ Sing-Along

When polarization starts to feel like a defining characteristic of humanity, sometimes we need a reminder that people really are capable of coming together as one. Watching a stadium full of Green Day concertgoers bust out their best “Bohemian Rhapsody” when it came over the loudspeakers is just such a reminder. As the person who uploaded the concert footage to Reddit noted: “For almost 6 minutes, the equivalent of a small city sang, with one voice, the beautiful song of a man who has been dead for decades. If you can do this, you’re not just a famous person, you’re a legend.” What could be more palette-cleansing than hearing thousands of people breaking into song together for an entire six minutes?