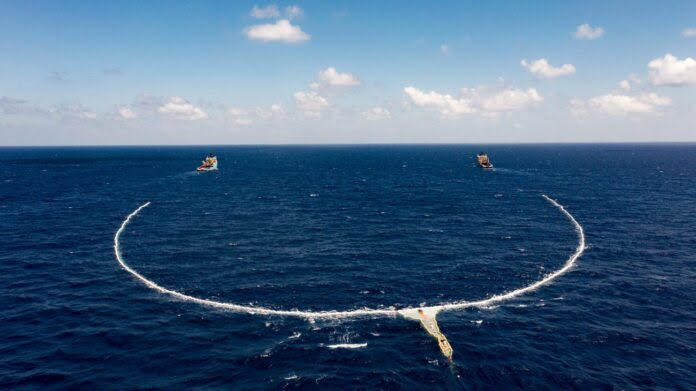 “The Great Pacific Garbage Patch can now be cleaned,” announced Dutch entrepreneur Boyan Slat, the wonderkid inventor who’s spent a decade inventing systems for waterborne litter collection. Recent tests on his Ocean Cleanup rig called System 002, invented to tackle the 1.8 trillion pieces of plastic pollution, were a success, leading Slat to predict that most of the oceanic garbage patches could be removed by 2040.

Regular consumption of peanuts, walnuts and other tree nuts boosts survival and reduces risk for disease recurrence in people with breast cancer, a study published Wednesday by the International Journal of Cancer found. Breast cancer survivors who ate more than one-half ounce of nuts per week had five-year survival rates of up to 95% among people in the study — higher than those without nuts in their diet.

Psychologist Shares Beautiful Advice For Talking To People With Dementia

People with dementia don’t need to be brought back to the present if it’s just going to confuse or irritate them. If they are in a safe place and are being watched over so they don’t wander or do something dangerous, let them be. Join them in their past world and get to know them in a way you may not have had the opportunity to otherwise.

Recently Ralph Lauren brought together four leading innovators, including Dow, to develop a way to significantly reduce the amount of water, chemicals, and energy needed to color cotton, by enabling up to 90% fewer processing chemicals, 50% less water, 50% less dye and 40% less energy without sacrificing color or quality.

Students Complete Eurotrip In Solar-Powered Van They Built And Designed

Can a road trip change the world? A team of 22 Dutch university students is attempting to find out. The students were due to complete a 1,800 mile road trip between Eindhoven, in the Netherlands, and Tarifa, Spain on Friday in a solar-powered van that they designed themselves, The Guardian reported. But their end goal is more than a city. They want to speed the transition to greater sustainability.