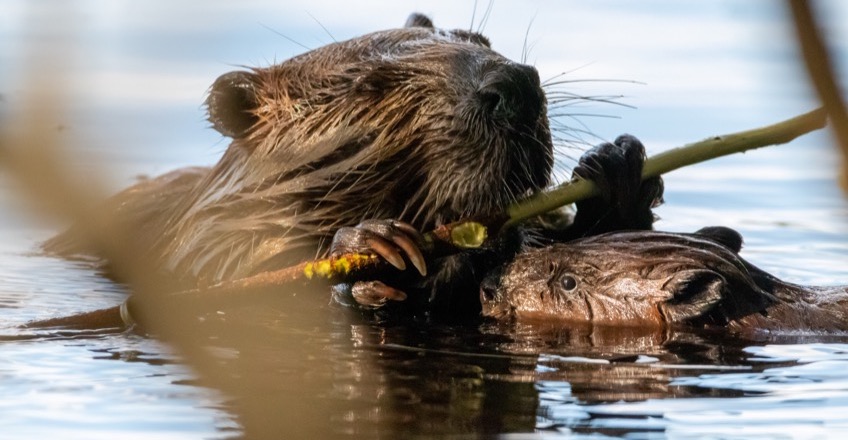 The humble beaver could hold the key to saving our water, according to new research that found how their dam building skills protect rivers threatened by climate change. If rivers should come under pressure from drying up, beavers’ tendencies to build dams under such conditions will help sustain the water flow and quality. The research, done on rivers in Colorado, found the animals’ wooden barriers raise water levels upstream. As it builds up the water is diverted into surrounding soils and secondary waterways—known collectively as riparian zones. These act like filters, straining out excess nutrients and contaminants before water re-enters the main channel downstream.

You may find yourself driving on an EV charging road in the near future. In Detroit, inductive charging technology is being added to two short roads, a project that will be the first wireless electric road system (ERS) in the U.S. The roads will be capable of charging electric vehicles that install a special receiver while they drive. The roadway will be fully functional by 2023. For the project, roads are embedded with coils that transfer magnetic energy to receivers mounted under EVs. That energy is then used to charge the vehicle battery, whether it is stationary or on the go.

The United Nations hosted its annual “Conference of the Parties” (COP) in Egypt to discuss how to move the global community forward in the face of climate change. The international meeting attracted familiar critique—of the growing presence of fossil fuel reps and the wide gap between leaders’ words and actions. The 12-day conference was extended by two days to allow the parties to reach an agreement to create an international fund to pay for “loss and damage” experienced by the victims of climate chaos.

Machine Recycles Plastic Bottles Into 3D Printer Filament–And The Design Was Released, Instead Of Patented

The mission of the James Dyson Award is simple: Design something that solves a problem. No one will be surprised, then, that the Polyformer machine won a grand prize because it expertly solves two problems at once. The young co-inventors, Reiten Cheng and Swaleh Owais, designed the Polyformer to achieve two goals: to tackle plastic waste, and figure out how to turn it into low-cost filament for 3D printing, which would be a boon for developing countries. 3D printer filament can be a costly purchase but this is particularly true for those who live in developing countries—where plastic waste is plentiful.

Billionaire Warren Buffett, CEO of BNSF Railway’s parent company, saw his wealth jump by nearly $1.4 billion in a single day earlier this week, a sum that could easily fund 15 days of paid sick leave for every rail worker in the United States. BNSF is one of the major railroad giants refusing to budge in contract negotiations with rail unions as they fight for 15 days of paid sick leave. Major rail unions have recently voted to reject, rail workers would not receive a single paid sick day. A nationwide rail strike or lockout with major implications for the U.S. economy could begin as soon as December 9 if rail companies and unions don’t reach a contract deal.