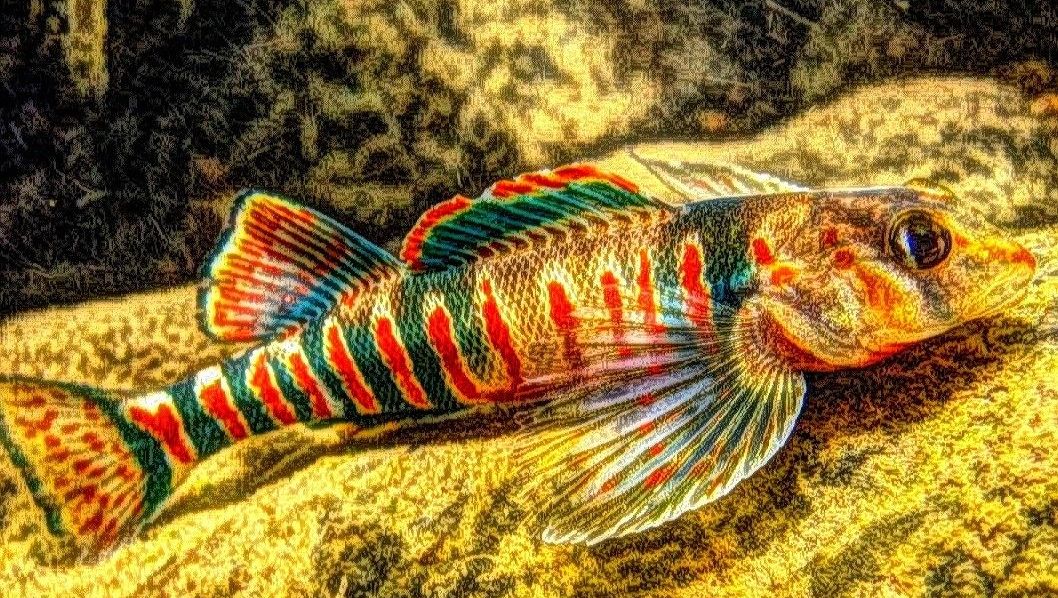 by Peter Weber, The Week

The candy darter (Etheostoma osburni), listed as a federally protected endangered species in 2018 and included in WBOY’s 2022 list of West Virginia’s six “weirdest animals,” is a festive-looking fish. And its red-and-green coloration — or orange and teal, but close enough — does resemble a candy cane, if candy canes were red, green, gold, and fish-shaped. But the news here is that a dedicated team of biologists at the White Sulphur Springs National Fish Hatchery in West Virginia just took a big step in ensuring the candy darter’s survival.

Biden Signs Respect For Marriage Act, Reflecting His And The Country’s Evolution

President Biden signed into law Tuesday a bipartisan bill that codifies same-sex and interracial marriages with a large celebration on the South Lawn of the White House. The president spoke before a crowd of thousands gathered to celebrate the federal protections in the Respect for Marriage Act. “The road to this moment has been long, but those who believe in equality and justice – you never gave up,” Biden said. That long road is one Biden and the country have been on together. In 2004, just 42% of Americans said they were in support of same-sex marriage, according to Gallup. Today, it’s 68%, according to an NPR/PBS NewsHour/Marist poll.

by Maggie Anderson, The Guardian

Horrified by the brutal murder of an unarmed Black man by white police officers, and alert to how the Covid pandemic disproportionately devastated Black businesses, white and corporate America were quick to latch on to the Buy Black movement in early 2020. The groundswell of virtue-signaling and hashtags, and the flurry of apologetic diversity pledges and corporate donations were followed by more of the same: the stagnancy of Black business growth and the continued rampancy of Black deaths by the white police. This new fad was doing a much better job at addressing white guilt than truly supporting the Black community.

At the start of every World Cup tournament, the FIFA president usually says something like, “this will be the best World Cup ever.” True to form, FIFA’s leader, Gianni Infantino, said exactly that during his pre-tournament briefing at the Qatar National Convention Centre last month. Given all the uncertainty, protests and angst about holding this World Cup in Qatar, it seemed like a stretch. But the competition on the field was stellar. From the surprises, shocks and upsets in the group stages to the excitement of the knockout rounds – and arguably the best final ever – this World Cup has excelled.

by Lisa Elaine Held, Reasons to Be Cheerful

In the year since Donna Bruce started working at the Baltimore public library’s Penn North branch, she has connected more than 400 visitors to housing programs, food assistance and substance abuse recovery options. Bruce is leading a team of “peer navigators” in the library system trained to provide trauma-informed engagement and support to the public. Peer Navigators is the first city agency program that owes part of its origin story to Baltimore’s 2020 Elijah Cummings Healing City Act. The goal of the groundbreaking legislation is to help departments reckon with and change policies that have caused — and continue to cause — trauma, while charting a new path rooted in healing.