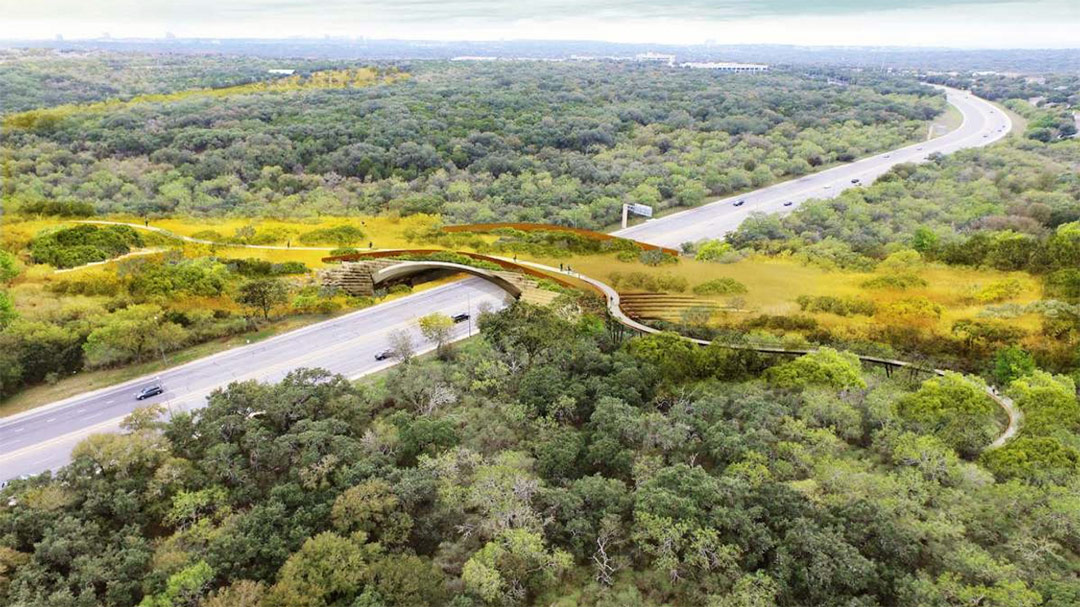 The Robert L.B. Tobin Land Bridge, which connects San Antonio’s Phil Hardberger Park across a six-lane highway, opened Friday afternoon for people and animals alike. A project ten years in the making, the bridge is now the largest completed wildlife crossing of its kind in the U.S… Read More

Zoom Drops Time Limits For Families To Celebrate Holidays Together

As health officials urge Americans not to travel home for the holidays, Zoom said it was removing the time limit for meetings on free accounts during certain holidays this year… Read More

While It May Seem Too Simple, Science Shows Light Lamp Therapy For Treating SAD During Winter Can Work

Aside from exercising and staying outside, light lamp therapy can be used to treat seasonal affective disorder in people who must remain indoors for work, COVID, or both… Read More

A Herd Of Elephants Is Rewilding Virunga National Park

A herd of around 580 African elephants entered Virunga National Park in the Democratic Republic of the Congo from neighboring land, causing an unexpected transformation to the park… Read More

In a landmark decision, European Parliament has voted in support of the right of consumers to get a clear understanding of the estimated lifetime and repairability of electronic items like mobile phones, laptops, fridges… Read More

When This Generous Restaurant Owner Was Down On His Luck, A Grateful Community Swooped In To Help

Mannan said the donations will cover expenses, about $45,000 a month, and help him rehire some staff. Meantime, he said, more food orders have been coming in from patrons… Read More