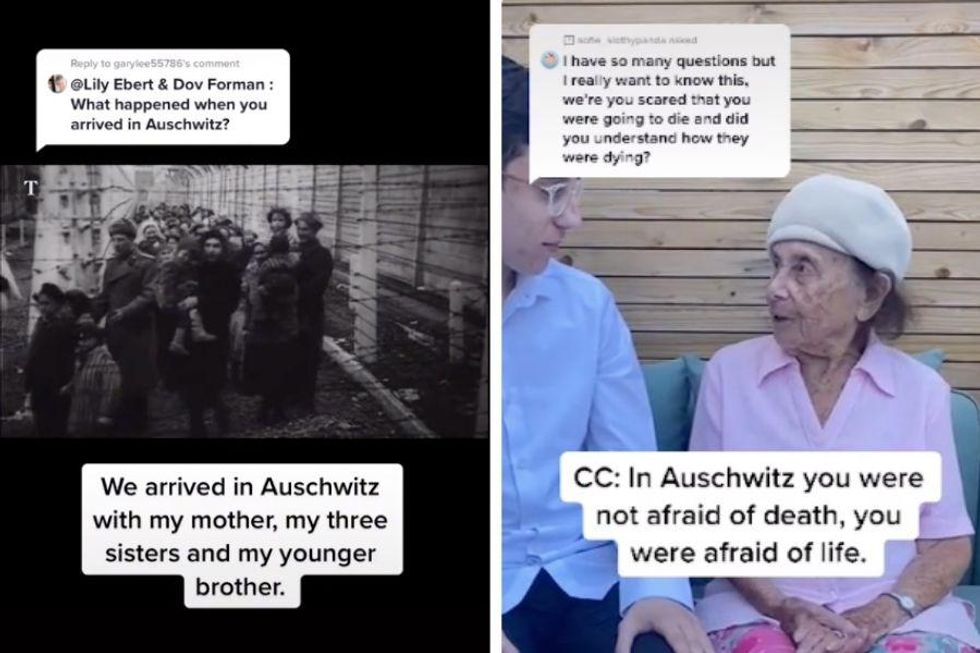 Lily Ebert/TikTok
Lily Ebert was sent to Auschwitz-Birkenau when she was 20 and now shares her story on TikTok.

With the help of her great-grandson (one of her 34 great-grandchildren), 98-year-old Lily Ebert shares brief videos on her TikTok channel describing some of what she experienced during the Holocaust and answers questions viewers ask. She currently has 1.7 million followers. Ebert was 20 years old when her family was taken from their hometown in Hungary to Auschwitz-Birkenau, the largest of the Nazi death camps.

It was during a conversation over a bottle of wine, one which they knew would simply end up in a landfill, that a pair of New Orleans residents started their own non-profit glass recycling service. In what appears a no-brainer, the pair collect glass bottles and grind them down into super soft sand to use for disaster relief, eco-construction, and even new glass.

With time quickly running out to prevent a greenhouse apocalypse, activists need to reorganize and unite efforts to build massive public support and political will for climate action. In this context, much is to be gained by looking at the work of ReImagine Appalachia, which is promoting a Green New Deal blueprint for the Ohio Valley region.

Since 250 of the 270 bee species in Britain are solitary buzzers, the city of Brighton and Hove is establishing mandates to use “bee bricks” in construction of all buildings above 5 meters to help encourage these solitary species to nest in them. Bee bricks are what appear to be blocks of Swiss cheese but which are actually a normal building bricks created with small cavities into which bees typically nest.

Portraits Of Matriarchy: Where Grandmothers Are Still In Charge

Life around Lugu Lake—high up in the Himalayas—has been changing rapidly. Until relatively recently, the Mosuo, a Chinese ethnic minority of about 40,000 people, enjoyed hundreds of years of relative stability in a complex social structure that values female power and decision-making. Most famous among Mosuo traditions is the practice of the “walking marriage”: women may choose and change partners as they wish.