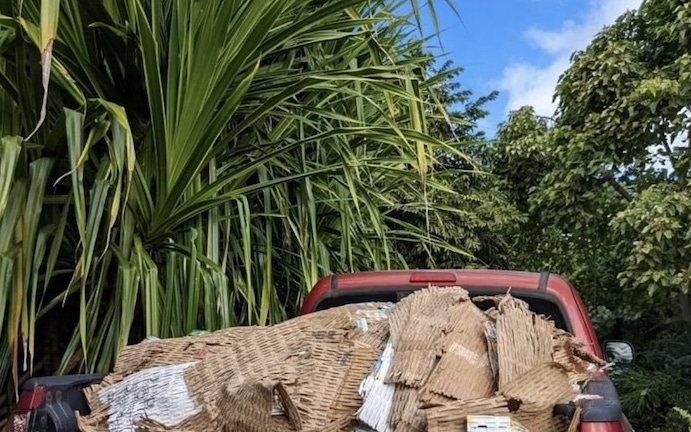 How Community Cardboard Shredding In Hawaii Is Helping Residents, Businesses And The Environment

According to the U.S. Environmental Protection Agency (EPA), in 2018, paper and cardboard were the largest components of municipal solid waste in the United States with citizens throwing away a total of 67.4 million tons a year. Around 68 percent of that was recycled, while the other 32 percent was either incinerated or left in increasingly overstuffed landfills. In Hawaii, while some cardboard inevitably ends up in overstuffed landfills, most cardboard is packaged and sent thousands of miles to Asia due to a lack of their own recycling facilities.

It’s becoming increasingly difficult for companies to remain silent on controversial social issues — take the bitter, LGBTQ-related standoff between The Walt Disney Company and Florida Gov. Ron DeSantis (R) as a recent example. The latest blurring of the lines between business and politics, however, was sparked by the leaked draft majority opinion suggesting the Supreme Court is poised to overturn federal abortion rights as protected under 1973’s Roe v. Wade. Here’s where tech giants and leading businesses stand so far.

After More Than A Century, California Condors Soar Over Yurok Tribal Lands Once Again

After being pushed to the brink of extinction, California condors have returned to a slice of Northern California habitat for the first time in 130 years. On Tuesday, four of the big birds flew the coop after being born in a captive-breeding program. A livestream from the Yurok Tribe and the Redwood National and State Parks went live at 8 a.m. but the birds did not seem too bothered by their schedule. The New World vultures selected for the momentous occasion betrayed little on whether they would take flight from their designated staging area in near the Klamath River.

Maine has become the first state to ban fertilizer using sewage sludge containing “forever chemicals” — synthetic compounds found in items from food wrappers to carpeting that fail to break down in the environment. The move, along with a ban approved last year on all PFAS-containing products, puts Maine at the forefront of the fight against per- and polyfluoroalkyl substances, which have been linked to a variety of health problems, including cancer and high cholesterol.

‘No Mow May’ Gives You A Reason To NOT Mow The Lawn: Leave The Weeds To Feed The Bees

In North America, a quarter of our native bee species are at risk of extinction. Bees pollinate 35 percent of our global food supply, and many of the wild plants our ecosystems depend on. Enter No Mow May, a movement that began in the United Kingdom and is now rapidly spreading throughout the United States, thanks to Bee City USA. No Mow May’s popularity lies in its simplicity: Just give bees a leg up during the crucial springtime by crossing a chore off your list and letting your lawn grow for the month of May. This lets “lawn flowers,” such as dandelions, clover, and violets, bloom at a time when bee food is scarce.