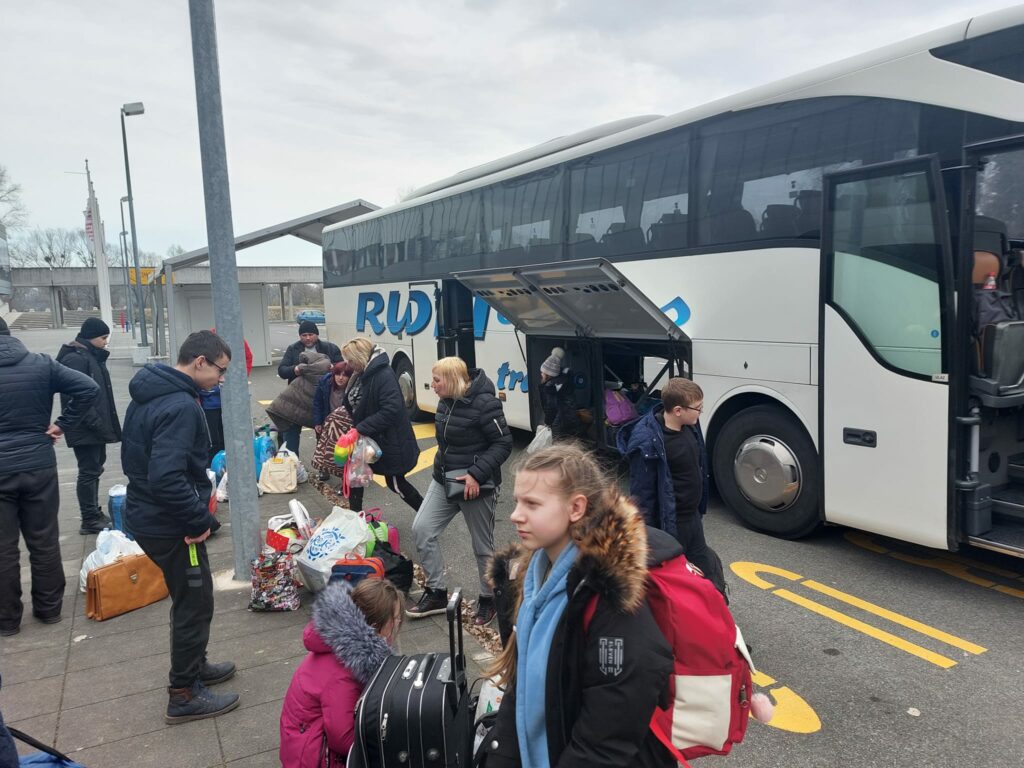 Solidarity In A Time Of War: Southeastern European Cities Are Activating For Ukraine

Many communities across Southeastern Europe are reacting empathetically, after collectively recalling their own traumatic experiences with war. People have driven their cars to the Ukrainian borders to pick up refugees, opening their homes up to host them; others are collecting medical equipment and sending it to those still in Ukraine. Some are even acting as liaisons, connecting people in need to service providers who can help them. They are all demonstrating the collective power of solidarity—showcasing our ability to shield and protect one another, especially in dark times.

Harvard Commits $100M To Redress Its Complicity With Slavery

Harvard University is dedicating $100 million to create a fund to research and redress its “extensive entanglements with slavery,” university President Lawrence Bacow said Tuesday. The university’s attempt to reckon with its past is detailed in a report titled “Harvard & the Legacy of Slavery,” which documents how the slave trade in the 17th and 18th centuries “comprised a vital part of the New England economy, and powerfully shaped Harvard University.” “The report makes plain that slavery in America was by no means confined to the South,” Bacow said in a message to members of the Harvard community.

Places like Monteverde are top tourist destinations in Costa Rica because they are replete with endemic and threatened species that visitors want to see, and that can only be found at those locations. Importantly, these areas also have enough ecolodges for people to spend the night. Understandably, places that have high biodiversity but no infrastructure receive fewer visitors. For example, Amistad International Park, which is located in both Costa Rica and Panama, has a large tract of forest and many species. But very few people go there compared with other high-biodiversity areas.

Us Army ‘Returns’ Cake To Italian Woman For 90th Birthday

With a round of “Happy Birthday” in Italian and English, the U.S. Army toasted an Italian woman with a birthday cake Thursday to replace the one that U.S. soldiers ate as they entered her hometown during one of the final battles of World War II. Meri Mion, who turns 90 on Friday, wiped away tears as she was presented with the cake during a ceremony in Vicenza, northwest of Venice. The event marked the anniversary of the day the 88th Infantry Division fought its way into the city on April 28, 1945.

Social media platform Twitter is taking a stand against climate denial. The company announced that it would ban all advertisements that “contradict the scientific consensus on climate change.” “We believe that climate denialism shouldn’t be monetized on Twitter, and that misrepresentative ads shouldn’t detract from important conversations about the climate crisis. Twitter said that it would base its actions on reliable sources like the Intergovernmental Panel on Climate Change Assessment Reports. “Now more than ever, meaningful climate action, from all of us, is critical”.