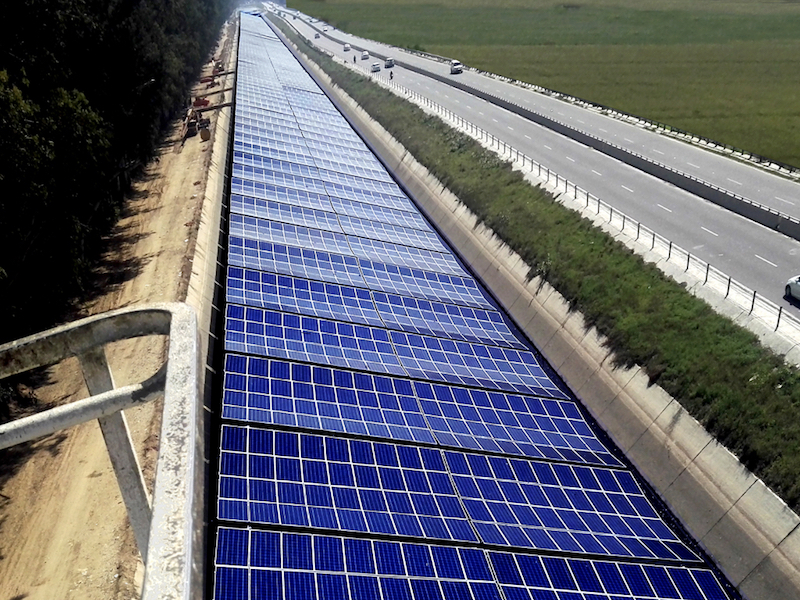 India has invented ‘flying solar panels,’ which are being suspended above irrigation canals to cut down on the evaporation of precious water droplets by providing shade from the sun’s evaporating heat. It’s also a clever way to cut down on habitat loss, too, by placing panels in already-dedicated man-made spaces.

This Brooklyn Restaurant Aims To ‘Empower Refugees Through Culinary Education’

They come with culinary traditions from their home countries — refugees from all corners of the world who are ready to learn new skills inside a Brooklyn kitchen. So far, 120 refugees have graduated from the program, representing 40 countries, including the Ivory Coast, Russia, Zimbabwe, Vietnam, and Afghanistan.

Fourteen-year-old Zaila Avant-garde only began competitive spelling two years ago, but that’s just the beginning of just how gifted she is. This teenager from Louisiana made history by becoming the first African American winner of the Scripps National Spelling Bee and the competition’s second Black winner since its inception.

More than a million people on Sunday began planting 250 million saplings in India’s most populous state, part of an annual mass tree planting campaign to reduce carbon emissions and mitigate the effects of global climate change.

Stress Can Accelerate Grays, But Hair Color Can Be Restored When Stress is Eliminated, Scientists Find

by Good News Network
While it may seem intuitive that stress can accelerate graying, the researchers were surprised to discover that hair color can be restored when stress is eliminated, a finding that contrasts with a recent study in mice that suggested that stressed-induced gray hairs are permanent.

China no longer considers giant pandas an endangered species in the wild. Officials announced Wednesday that successful conservation efforts had increased the iconic animals’ population to 1,800, CNN reported. They are now considered “vulnerable.”

Community activists in Memphis, Tennessee and northwest Mississippi celebrated a grassroots victory on Saturday after two oil companies canceled plans to build a pipeline that would have run through wetlands and several low-income, majority-Black neighborhoods.

“These are important first steps in addressing the stranglehold that corporations have on our farmers, food workers and eaters. The Biden Administration is making moves to address the growing corporate consolidation in the food system that farmers and advocates have pointed to for years.”