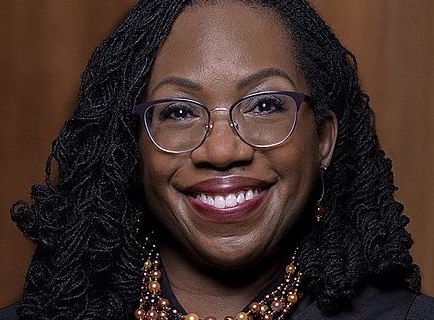 Ketanji Brown Jackson, a former public defender who rose to become a judge on a powerful federal appeals court, made history Thursday as the first Black woman to sit on the Supreme Court. Jackson, 51, a Miami native and Harvard-trained lawyer who was confirmed by the Senate nearly three months ago, will take the seat occupied by Associate Justice Stephen Breyer for 28 years. “I am truly grateful to be part of the promise of our great nation,” Jackson said in a statement released by the court after the ceremony.

The Onondaga Nation, In Unprecedented Land Back Moment, Regains 1,023 Acres Of The Land From New York State

The Onondaga Nation will recover more than 1,000 acres of forest lands in the Tully Valley through an historic agreement with New York State and the federal government. This property, identified for restoration and preservation as part of the Onondaga Lake Natural Resource Damages and Restoration process, will now be returned to the care of the Onondaga Nation. Re-establishing Onondaga Nation stewardship over these lands is a ground-breaking opportunity to restore the land, preserve Onondaga culture, and address historic and ongoing land injustices.

NATO formalized its invitation to Sweden and Finland to join its alliance Wednesday, a historic expansion of the defense bloc that directly undercuts Russian President Vladimir Putin’s aims as his war in Ukraine grinds ahead. The group collectively decided to approve countries’ applications to join after Turkey dropped its objections Tuesday, paving the way for NATO’s most consequential enlargement in decades. “The accession of Finland and Sweden will make them safer, NATO stronger, and the Euro-Atlantic area more secure.

While Russia’s military has decimated Ukrainian towns and cities, killing thousands in its attempt to take control of the country, some residents in the Russian city of St Petersburg are helping refugees fleeing Ukraine. Russian volunteers meet the refugees at railway stations, host them in their apartments, help them find medicine and clothes – as well as housing and work. Others take people to the border with a neighbouring EU country, such as Finland or Estonia, and help them (and their pets) get the necessary documents to leave the country.

by Lonnie Lee Hood, The Byte

Earlier this week, scientists at UC Riverside and the University of Delaware say they found a way to convince plants to grow in total darkness. A university press release says the team used a two-step process to convert carbon dioxide, electricity and water into acetate. Plants consumed the acetate and were able to grow in the dark. The release said that combined with solar panels to generate electricity, this method of food production would be more than 18 times as effective as the natural process, which they claim uses only 1 percent of the energy found in sunlight alone.