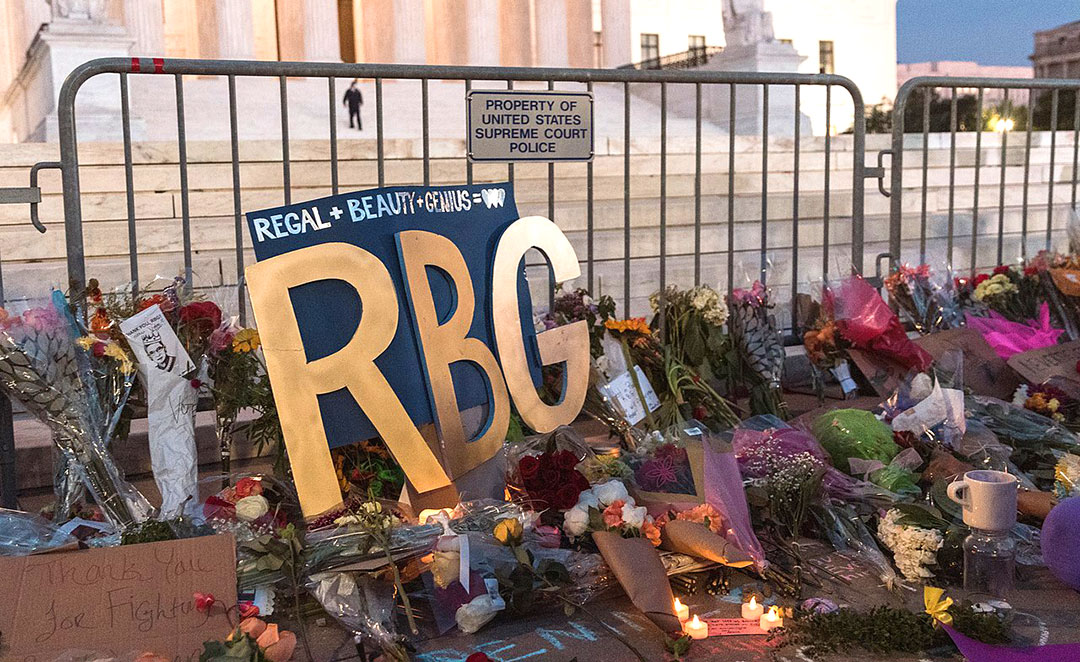 She was the second woman justice to serve on the highest court in the land—a pioneer in her field, when there were few females in the halls of legal offices or law schools. But there were other reasons we will always remember her… Read More

San Francisco Mayor London N. Breed, in partnership with Expecting Justice, announced this week the launch of the Abundant Birth Project, a pilot program that provides targeted basic income to women during pregnancy and after giving birth… Read More

Western Wildfires Will Be A Boon For These Native Species

by Tara Lohan, The Revelator

As scary as wildfires are for people living near them, burned forests create some of the most biodiverse ecosystems… Read More

Patti Smith, Joan Baez and more have shared a socially distanced rendition of “People Have the Power” for Pathway to Paris, a non-profit organization dedicated to addressing climate change… Read More

Maxime Leroux, a 19-year-old student in France is creating an online community of people executing one “save” per day for the sake of the planet… Read More

The home of these extraordinary trees is the Kibbutz Ketura campus of the Arava Institute located on the Israeli-Jordanian border in the dramatic Arava Valley, with the steep, mile-high, red mountains of southern Jordan… Read More

Even before the pandemic, Girl Scout Lucy Stimson knew there was a growing problem in her community. Stress was a huge part of her life—and many of the people in her community felt the same way… Read More