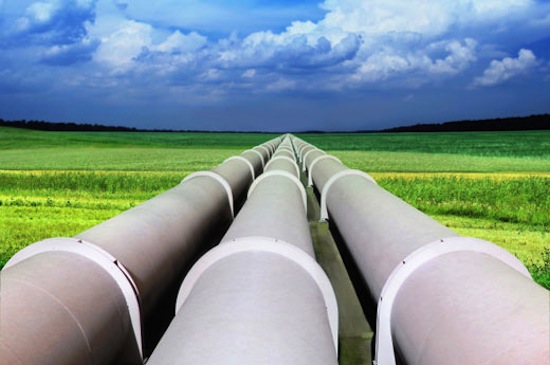 Dear EarthTalk: I hear there’s a greener form of fracking for natural gas and oil that uses carbon dioxide instead of water to access underground reserves. Is this really better for the environment? — Jason Burroughs, Erie, PA

Hydraulic fracturing (known as “fracking”) is a method of causing fissures in underground shale rock formations to facilitate the extraction of otherwise inaccessible natural gas and oil. In a typical fracking operation, drillers inject a mixture of pressurized water and chemicals underground to fracture the rock and free up the gas and oil. Not widely employed in the U.S. until less than a decade ago, fracking has quickly become a major player in the U.S. energy scene. The resulting influx of cheap domestic natural gas—cleaner burning than the oil and coal it has replaced—is at least partly responsible for the fact that the U.S. has reduced its greenhouse gas emissions to the lowest levels since 1992.

Fracking has been good for oil companies, the economy and even our carbon footprint, but it doesn’t come without environmental cost. A typical fracking operation pumps some five million gallons of water and chemicals underground to break up the shale. About half the water is removed during the oil and gas recovery process, leaving the other half underground where it can contaminate aquifers and degrade soils.

Enterprising petroleum engineers have been hard at work trying to find ways to frack without water. One promising alternative involves using carbon dioxide (CO2) to break up the underground shale instead of water. “Fracking with carbon dioxide has a number of potential advantages,” reports Kevin Bullis in the MIT Technology Review. “Not only would it eliminate the need for millions of gallons of water per well, it would also eliminate the large amounts of wastewater produced in the process.”

He adds that CO2 may also yield more natural gas and oil than water, given the dynamics of how it works underground. Also, CO2 used in fracking can be recovered and used repeatedly. And once a well is done producing, it can be sealed up, sequestering the CO2 underground where it can’t add to global warming.

Researchers at the University of Virginia estimate that fracked sections of the Marcellus shale in the eastern U.S. could store over half of all U.S. CO2 emissions from power plants and other stationary sources over the next 20 years, with other shale formations providing significant additional storage.

Right now CO2-based fracking is uncommon, given the abundance of water in our biggest fracking regions and the logistical challenges in transporting a compressible gas to well sites safely and cheaply. But as fracking expands into politically charged areas, or arid regions where water is scarce, waterless fracking could become more common. Already, nearly half of the fracked wells drilled across the U.S. in 2011-2012 are in water-stressed areas, according to the sustainability-oriented non-profit, CERES. And a recent study from the consulting firm Wood Mackenzie concluded that many of the countries with the greatest promise for developing shale oil and gas through fracking suffer from water shortages.

Bullis says that one of the largest shale gas resources in the world is in China underneath 115,000 square miles of desert. “Piping in water would strain already tight supplies,” he says, but adds that China’s major use of coal-fired power plants means the country has plenty of CO2 it could be capturing and using.

EarthTalk® is written and edited by Roddy Scheer and Doug Moss and is a registered trademark of E – The Environmental Magazine. Send questions to: earthtalk@emagazine.com.