How Nanoplastics Enter The Human Body

If you regularly drink water from plastic bottles, you’re likely ingesting even more plastic than the average consumer. 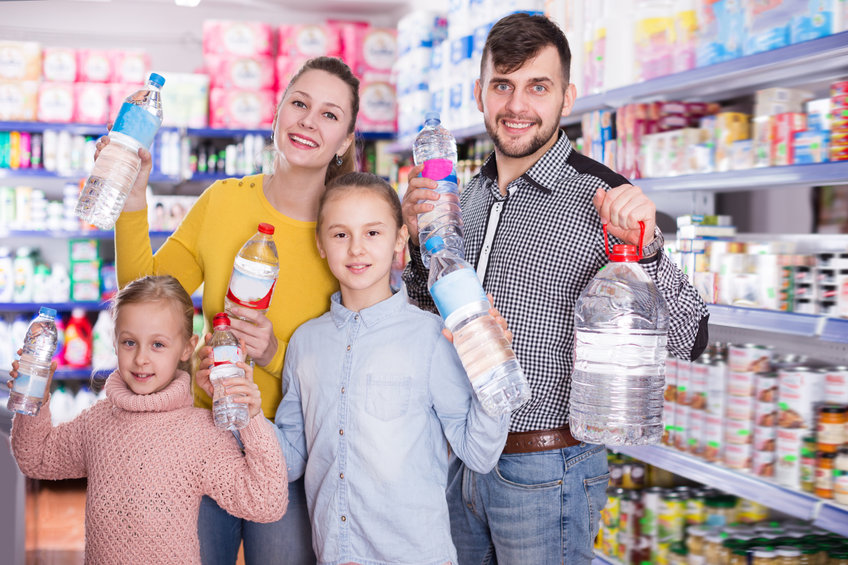 We are no better protected from plasticized air outdoors than we are indoors. Minuscule plastic fibers, fragments, foam, and films are shed from plastic stuff and are perpetually floating into and free-falling down on us from the atmosphere. Rain flushes micro- and nanoplastics out of the sky back to Earth. Plastic-filled snow is accumulating in urban areas like Bremen, Germany, and remote regions like the Arctic and Swiss Alps alike.

Wind and storms carry particles shed from plastic items and debris through the air for dozens, even hundreds, of miles before depositing them back on Earth. Dongguan, China; Paris, France; London, England; and other metropolises teeming with people are enveloped in air perpetually permeated by tiny plastic particles small enough to lodge themselves in human lungs.

Urban regions are especially replete with what scientists believe could be one of the most hazardous varieties of particulate pollution: plastic fragments, metals, and other materials that have shed off synthetic tires as a result of the normal friction caused by brake pads and asphalt roads, and from enduring weather and time. Like the plastic used to manufacture consumer items and packaging, synthetic tires may contain any number of a manufacturer’s proprietary blend of poisons meant to improve a plastic product’s appearance and performance.

Tire particles from the world’s billions of cars, trucks, bikes, tractors, and other vehicles escape into air, soil, and water bodies. Scientists are just beginning to understand the grave danger: In 2020, Washington State researchers determined that the presence of 6PPD-quinone, a byproduct of rubber-stabilizing chemical 6PPD, is playing a major factor in a mysterious long-term die-off of coho salmon in the U.S. Pacific Northwest. When Washington’s fall rains herald spawning salmon’s return from sea to stream, the precipitation also washes car tire fragments and other plastic particles into these freshwater ecosystems. In recent years, up to 90 percent of all salmon returning to spawn in this region have died—a number much greater than is considered natural, according to local researchers from the University of Washington, Tacoma. As University of Washington environmental chemist Zhenyu Tian explained in an interview with Oregon Public Broadcasting, 6PPD-quinone appears to be a key culprit: “You put this chemical, this transformation product, into a fish tank, and coho die… really fast.”

While other researchers have previously searched for, and detected, microplastic dispersed in indoor and outdoor air, a study by Alvise Vianello, an Italian scientist and professor at Aalborg University in Denmark, was the first to do so using a mannequin emulating human breathing via mechanical lung. Despite the evidence his research provides—that plastic is getting inside of human bodies and could be harming us—modern health researchers have yet to systematically search for it in people and comprehensively study how having plastic particles around us and in us at all times might be affecting human health.

Vianello and Jes Vollertsen, a professor of environmental studies at Aalborg University, explained that they’ve brought their findings to researchers at their university’s hospital for future collaborative research, perhaps searching for plastic inside human cadavers. “We now have enough evidence that we should start looking for microplastic inside human airways,” Vollertsen said. “Until then, it’s unclear whether or not we should be worried that we are breathing in plastic.”

He speculated that some of the microplastic we breathe in could be expelled when we exhale. Yet even if that’s true, our lungs may hold onto much of the plastic that enters, resulting in damage.

Other researchers, like Joana Correia Prata, a PhD student at the University of Aveiro in Portugal, have highlighted the need for systematic research on the human health effects of breathing in microplastic. “Microplastic particles and fibers, depending on their density, size, and shape, can reach the deep lung causing chronic inflammation,” she said. People working in environments with high levels of airborne microplastics, such as those employed in the textile industry, often suffer respiratory problems, Prata has noted. The perpetual presence of a comparatively lower amount of microplastics in our homes has not yet been linked to specific ailments.

While they’ve dissected the bodies of countless nonhuman animals for decades, it’s only been a few years since scientists began exploring human tissues for signs of nano- and microplastic. This, despite strong evidence suggesting plastic particles—and the toxins that adhere to them—permeate our environment and are widespread in our diets. In the past decade, scientists have detected microplastic in the bodies of fish and shellfish; in packaged meats, processed foods, beer, sea salt, soft drinks, tap water, and bottled water. There are tiny plastic particles embedded in conventionally grown fruits and vegetables sold in supermarkets and food stalls.

As the world rapidly ramped up its production of plastic in the 1950s and ’60s, two other booms occurred simultaneously: that of the world’s human population and the continued development of industrial agriculture. The latter would feed the former and was made possible thanks to the development of petrochemical-based plastics, fertilizers, and pesticides. By the late 1950s, farmers struggling to keep up with feeding the world’s growing population welcomed new research papers and bulletins published by agricultural scientists extolling the benefits of using plastic, specifically dark-colored, low-density polyethylene sheets, to boost yields of growing crops. Scientists laid out step-by-step instructions on how the plastic sheets should be rolled out over crops to retain water, reducing the need for irrigation, and to control weeds and insects, which couldn’t as easily penetrate plastic-wrapped soil.

This “plasticulture” has become a standard farming practice, transforming the soils humans have long sown from something familiar to something unknown. Crops grown with plastic seem to offer higher yields in the short term, while in the long term, use of plastic in agriculture could create toxic soils that repel water instead of absorbing it, a potentially catastrophic problem. This causes soil erosion and dust—the dissolution of ancient symbiotic relationships between soil microbes, insects, and fungi that help keep plants alive.

From the polluted soils we’ve created, plants pull in tiny nanoplastic particles through their roots along with the water they need to survive, with serious consequences: An accumulation of nanoplastic particles in a plant’s roots diminishes its ability to absorb water, impairing growth and development. Scientists have also found early evidence that nanoplastic may alter a plant’s genetic makeup in a manner increasing its susceptibility to disease.

Based on the levels of micro- and nanoplastics detected in human diets, it’s estimated that most people unwittingly ingest anywhere from 39,000 to 52,000 bits of microplastic in their diets each year. That number increases by 90,000 microplastic particles for people who regularly consume bottled water, and by 4,000 particles for those who drink water from municipal taps.

In 2018, scientists in Austria detected microplastic in human stool samples collected from eight volunteers from eight different countries across Europe and Asia. Clearly, microplastic is getting into us, with at least some of it escaping through our digestive tracts. We seem to be drinking, eating, and breathing it in.

Erica Cirino is a science writer and artist who explores the intersection of the human and nonhuman worlds. Her photographic and written works have appeared in Scientific American, the Guardian, VICE, Hakai Magazine, the Atlantic, and other publications. She is a recipient of fellowships from the Woods Hole Oceanographic Institution, the Craig Newmark Graduate School of Journalism at CUNY, and the Safina Center, as well as several awards for visual art.

This excerpt is from Thicker Than Water: The Quest for Solutions to the Plastic Crisis, by Erica Cirino (Island Press, 2021). Reproduced by permission from Island Press. This web adaptation was produced by Earth | Food | Life, a project of the Independent Media Institute.