How The US Could Solve The Ukraine Crisis Tomorrow 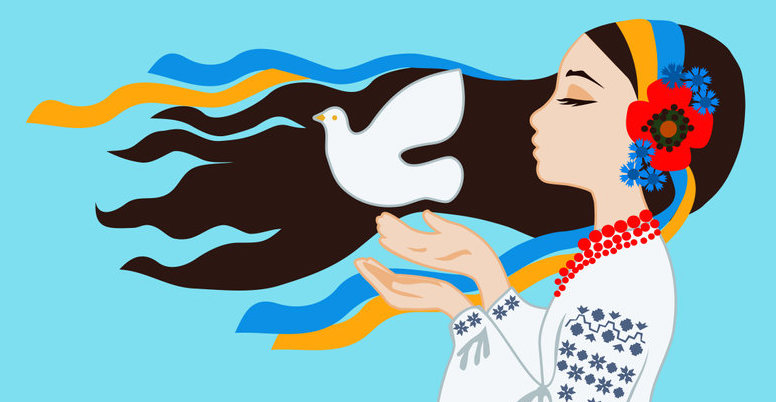 No war is a one-sided affair. There is no sound to one hand clapping.

Russia’s assault on Ukraine is an unambiguously bad thing. But it didn’t happen in a vacuum. In order to solve the problem, we have to first understand the context in which it occurred, and the part that the U.S. played in its happening.

[The U.S.] can attain that end with two simple moves: declare that Ukraine will not be admitted into NATO; and remove its offensive nuclear missiles from Russia’s borders.

The Big Bang in U.S.-Russian relations was the breakup of the Soviet Union in 1991. Then-U.S. president George H.W. Bush and his Secretary of State, James Baker, promised Mikhail Gorbachev that if he agreed to the unification of Germany, NATO would not expand eastward, toward Russia, “not one inch.”

That promise was broken almost immediately when, in 1999, Bill Clinton helped usher Poland, Hungary, and the Czech Republic into NATO. Russia considered this move not just a betrayal, but an act of aggression. First, Poland is an implacable enemy of Russia, and has been for centuries. And NATO had just finished bombing Russian ally Yugoslavia out of existence. The “slav” in Yugoslavia signifies the same ethnicity as the Slavs who are the Russian people.

It is lost on the average American that Russians are spooked by Western aggression. Napoleon invaded Russia in 1812 and burned Moscow to the ground. That’s what Tchaikovsky’s 1812 Overture, with its church bells ringing and cannons booming, is about.

The German invasion in the First World War caused the government of the Tsar to fall to the Bolsheviks. That gave birth to communism as a state-based system and the animus for the Cold War which dominated the second half of the Twentieth Century.

Before World War I was even settled, the Western victors invaded Russia to try to snuff out its new government before it was stable. That was the infamous White Counter-Revolution, led by the U.S., the U.K., Japan, and Italy.

The German invasion in World War II caused the death of 27,000,000 Russians, 90 times U.S. losses in the War. Over 70,000 villages, 1,500 towns, and 9,000 bridges were destroyed. The already primitive national transportation network was reduced to rubble and agricultural production was decimated. Russians remember these things, though they are barely known in the West.

The perception of aggressiveness in NATO moving eastward was hardly the Russians’ alone. Bill Bradley, Paul Nitze, Sam Nunn, Robert McNamara, and more than 30 other foreign policy heavyweights wrote to Clinton that such expansion was both provocative and unnecessary, given the absence of a military threat.

George Kennan, the pre-eminent U.S. strategist of the post-World War II era, declared that, “NATO expansion will prove the greatest U.S. foreign policy blunder of the twentieth century.” That is a pretty stern prediction, coming from the man who conceived of the Cold War policy of Containment and who, in 1980, wrote, “The Vietnam War was the most disastrous of all of America’s undertakings over the whole two hundred years of its history.” It didn’t matter.

The U.S. had just won the Cold War. It was on a roll, convinced of its imperial inevitability, strategic infallibility, and military invulnerability. Vapid phrases masqueraded as deep ideas, phrases like “a new world order,” “the end of history” and “the indispensable nation.” They were tossed around as rationalizations for the use of force against any nation that stood in the way of U.S. pursuit of global hegemony. Think, Iraq, and Afghanistan.

The U.S. promise to not move NATO eastward was broken again, in 2004, when, during the George W. Bush administration, NATO admitted Estonia, Latvia, and Lithuania to membership. All three nations adjoin Russia, placing NATO forces on Russia’s borders. NATO also admitted Romania and Bulgaria in the same induction batch.

Poland, Hungary, and Romania participate in NATO’s “nuclear preparedness posture” which means hosting offensive nuclear missiles aimed at Russia. These can hit major Russian cities in as little as 10 minutes.

The best way to understand the provocativeness of this move to the Russians is the Cuban Missile Crisis. In 1962, the Soviet Union began placing offensive nuclear missiles in Cuba, 90 miles off the coast of Florida. It was in response to the U.S. having installed similar missiles in Turkey. The Cuban missiles would be able to hit Washington D.C. in 30 minutes.

The U.S. became apoplectic, in fact, hysterical. There was no defense against the missiles. U.S. military forces were put on “DEFCON 2” alert, the highest state of preparedness short of actual war. It was the only time during the entire 45 years of the Cold War they were placed at such an elevated state of readiness.

Robert McNamara, then Secretary of Defense, later wrote of going out onto the balcony of the White House, looking up at the stars, and crying. It occurred to him that this would be the last Saturday he would ever see. That’s how perilous the Crisis was.

It was only John Kennedy’s deft handling of the situation that defused the Crisis. Part of the resolution was that the U.S. agreed to remove its missiles from Turkey. It was an implicit acknowledgement on the part of the U.S. of just how provocative such forward-based offensive nuclear systems are. They are no less provocative today.

In 2014, the U.S. helped carry out a coup d’état against the democratically-elected, Russian-leaning Ukrainian government of Viktor Yanukovych. It installed in its place a crypto-fascist, Western-leaning government headed by Arseniy Yatsenyuk. U.S. Assistant Secretary of State Victoria Nuland was recorded organizing the coup. The recordings were made public by Russian intelligence in February 2014. When told by her associate, Geoffrey Pyatt, that the EU would not support a coup, Nuland famously declared, “Fuck the EU.”

Since the 2014 coup, the U.S. has shipped more than $2.5 billion in weapons to the new Ukrainian government. It has seen to it that Ukraine has not honored the Minsk I and II treaties that it signed in 2014 and 2015. Those treaties were designed to protect the autonomy of Russian-speaking dissidents in eastern Ukraine.

In early February, the government of Ukraine began shelling Donbass, that eastern region of the country with a majority Russian-ethnic population. This has been done with the implicit blessing of the U.S., Ukraine’s strategic sponsor.

Between 2002 and 2020, the U.S. withdrew from the Anti-Ballistic Missile Treaty, the Intermediate Range Nuclear Forces Treaty, and the Open Skies Treaty. All were designed to reduce tensions with Russia by ensuring verifiable enforcement of strategic nuclear weapons systems. Without the Treaties, nuclear uncertainty, and, therefore, the risks of mis-step and war, are greatly heightened.

So, where does this leave us?

Harvard’s Stephen Walt, hardly a lightweight or a leftist dove, wrote two weeks ago, “Whatever your views on NATO enlargement might be, there is overwhelming evidence that Russian leaders were alarmed by it from the start and expressed their concerns repeatedly. Moscow grew increasingly opposed …as NATO crept ever eastward.”

Nobody can pretend the West did not know what the stakes were or what was coming. No meaningful security guarantees were offered.

Indeed, in December, 2021, Vladimir Putin stated publicly that there was no further back that Russia could go. If the west would not provide meaningful security guarantees, Russia would solve the problem itself through “military-technical measures.” The current invasion is what he was referring to. Nobody can pretend the West did not know what the stakes were or what was coming. No meaningful security guarantees were offered.

Again, Russia’s invasion of Ukraine is unambiguously bad. But as we search for a solution to the crisis, the key consideration is that while Ukraine is existential for the Russians—a matter of life and death—it is not a vital national security interest to the U.S.  This is revealed in President Biden’s repeated assurances that no U.S. forces will be committed to Ukraine. That is the key to the solution.

If the U.S. is sincerely interested in a peaceful resolution of the crisis—and for argument’s sake, let’s assume that it is—it can attain that end with two simple moves: declare that Ukraine will not be admitted into NATO; and remove its offensive nuclear missiles from Russia’s borders.

Since Ukraine is not a matter of strategic interest to the U.S., this would come at little cost to the U.S. but will yield vastly disproportional gains to the situation by facilitating immediate de-escalation.   Both the U.S. and NATO have stated informally that Ukraine will not be admitted anyway, so nothing, save, perhaps a little face, is lost.  It would allow Russia to withdraw with something to be said for its efforts.

This is the concept of “strategic empathy:” understanding your adversary’s interests and motivations, not to give in to them, but to better attain your own ends. As Walt, Kennan, and other analysts have said, Russia feels aggressed upon, threatened, and out of peaceful options. If the U.S.’s ends are peace, the means are at hand to achieve it, and with no loss of strategic position.

If the U.S.’s interests are not peace, that will be revealed equally as clearly, equally as quickly. Yes, there will be necessary negotiations about withdrawal, reparations, and other such wind-downs, but those pale next to the threat of unintended escalation to what could very easily end up as nuclear war.

The stakes are huge. Simple, workable solutions are at hand. The costs are small. The alternatives are unfathomable. If the U.S. wants peace, it can have it tomorrow.

Robert Freeman is Founder and Executive Director of The Global Uplift Project which builds small-scale infrastructure projects in the developing world to improve humanity’s capacity for self-development. He has traveled extensively in both the developed and developing world. He is the author of “The Best One Hour History” series which includes “World War I” (2013), “The InterWar Years” (2014), “The Vietnam War” (2013), and other titles.