How The Women Of Standing Rock Inspired The World

“A nation isn’t defeated until the hearts of the women are on the ground.” 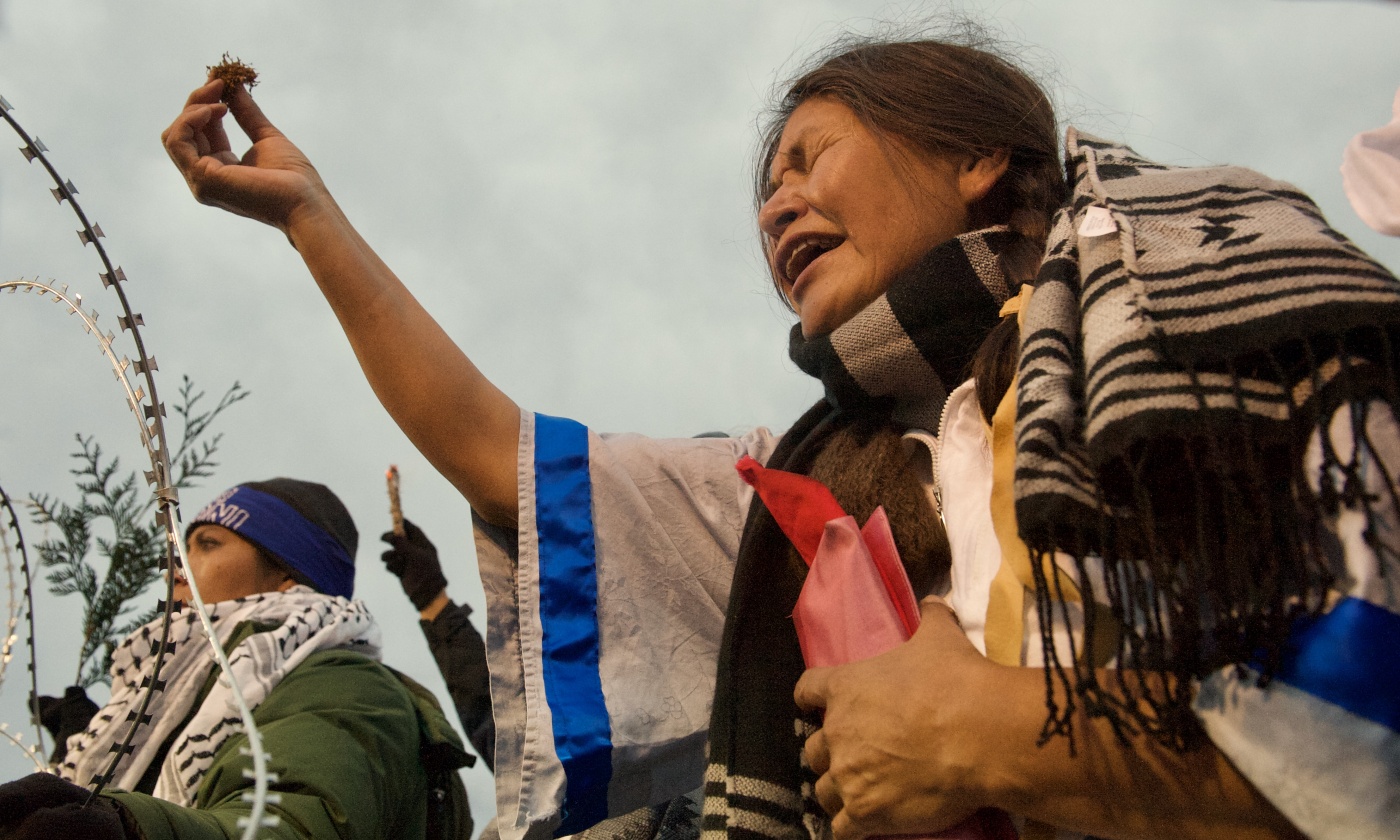 A still from the documentary “End of the Line: The Women of Standing Rock.”

Documentary filmmaker Shannon Kring first heard about the protests at Standing Rock while she was living and working in Honduras. Her parents, back in Wisconsin, sent her a link to Amy Goodman’s coverage on Democracy Now! Kring was struck by the “gross abuses of power” and unfettered violence police were inflicting on unarmed water protectors. “I needed to do what I could to help get the story out there, because it was clear to me that it was being ignored by the mainstream publications and broadcasters,” Kring recalls.

Within 48 hours, the Emmy Award-winning producer and director was on the ground in North Dakota, ready to listen. But sharing these stories was no easy job. “People at Standing Rock were so damn good at working social media,” Kring says. “They were really telling their own story and getting it out there, and that to me was so inspiring because once I got there, I saw what it took to get word out.”

Kring says it was a 26-minute drive to get to the nearest spot with reliable phone coverage. And most days, she would drive another 1 hour and 24 minutes one way to get to the nearest UPS or FedEx facility to mail her footage to protect it from being seized or scrambled. This theme of protecting one and all was prevalent in the camp, she says, and was borne of a leadership that was decidedly feminine in its approach.

“It became clear to me after the first day of filming that it needed to be a story about the women,” Kring says. “Women were really the backbone of the entire operation.”

In the resulting film, End of the Line: The Women of Standing Rock, Kring’s co-producer Pearl Daniel-Means says: “Every day, we have 10, 12 other nations coming in to stand in solidarity with us. And we’re showing the world who we are, in a nonviolent manner. That’s all we’ve ever wanted, is to be respected, left alone. A nation isn’t defeated until the hearts of the women are on the ground.”

So the women of Standing Rock fought on. And in the process, they inspired the world. Kring spoke of Indigenous women with whom she’d collaborated in Honduras and Scandinavia, who told her that Standing Rock changed what seemed possible.

“It gave them this boost of confidence, like ‘They can do it. We could do it too,’” Kring says.

That commitment and invincibility pulses through the film as women at Standing Rock describe their motivations and experiences at the camp, and, importantly, their hopes for maintaining that solidarity and that energy into the future.

I can feel the depth of Kring’s emotion, too, as she’s talking to me on the phone. This work is personal for her.

Kring grew up in the Northwoods of Wisconsin, in a town with a population of 399, bordered by Native American reservations. She says she has quite a few Indigenous family members, but that she herself looks very White, and she saw how much of a difference that made in her childhood. “My own sister was treated differently when she was born, because she was very dark, and had thick, black hair,” Kring recalls. “One of my first memories was being in a grocery store and someone making a really nasty comment about her,” using a slur to refer to Kring’s sister.

“Despite what anybody says, this was a movement out of love.”

At age 15, when Kring and her family were going through a difficult time, she says, she was taken under the wing of an Ojibwe elder who was an old friend of her mother’s. He invited her to experience ceremony and sacred teachings. And so began her lifelong study of Indigenous stories and the lifelong friendships they created.

By age 18, she was determined to become a documentary filmmaker, committed to uncovering the impacts of hundreds of years of systematic oppression that none of her non-Indigenous friends seemed to be aware of: the forced sterilizations, the boarding school atrocities, the foster care system abuses, the “death diet” provided by the government.

Kring has now done some 3,000 interviews with Indigenous people around the world. Unfortunately, she says, the experiences are the same everywhere: Wherever there’s land that has anything of value on it, Indigenous people are kicked off. So her films aim to elevate the voices of those who are asserting their rights, in hopes that they can reach bigger and broader audiences. Kring’s films—and how she creates them—aspire to raise awareness and make positive change through building relationships.

“A lot of people just shoot [footage], and then they pack up and they leave and they never talk to people again. And I just find that a horrible way to make a film or conduct yourself in general,” Kring says. “If someone is kind enough to work with you and to reveal parts of themselves that they never thought that they would share, you owe it to them to maintain … a beautiful co-creative relationship.”

That’s why Kring collaborated with the women of Standing Rock, including the founder of the camp, and included them in the decisions about the film every step of the way. “You have to earn that trust and continue to earn it,” Kring says.

A key character in the story, a water protector named Wašté Win Young, was reticent to talk initially, until her mother convinced her to speak with Kring. Now, five years later, Kring says, she talks to Young every day, and Young calls Kring “my sister.”

Kring and her co-creators are using the film as a convening tool to wake up people, open their minds and hearts, and teach them about the ongoing oppression in viewers’ backyards. They also aim to bring attention to the powerful women of all nations who continue to assert their rights with non-violent protest.

The film also offers a chance to correct misperceptions. As Young says in the film: “Despite what anybody says, this was a movement out of love.”