I Inherited My Grandfather’s Trauma—And His Healing Culture

Returning to culture is a duty my grandfather believed Native elders had to their communities. He passed this on to me, along with his trauma.

My grandfather used to say that he’d never attended an Indian residential school. He’d shrug off his abuse in school as if it was no big deal. After all, everyone he knew was abused by White teachers. They were all beaten for speaking Ojibwe, beaten until they forgot how to speak it altogether.

The Methodist-run residential school for Native children that my grandfather likely attended was called Mount Elgin Industrial Institute. On the reserve, it was known by another name: Mount Elgin Residential School. But he wouldn’t call it that.

He wouldn’t name that school or his trauma, but it was still there. And I inherited it, even if I spent my early years not realizing it.

I grew up away from the reserve, in a middle-class, White-passing family in Ontario. Being Native was not a way of life for me. In fact, I didn’t know that I was Ojibwe until I was in the first grade. It just wasn’t something my family spoke about.

Once I learned, little things poked at my sense of worth—things such as regular, everyday anger and racism toward Native people in Ontario. Clashes between Natives and White communities made headlines there regularly while I was growing up. I was constantly told by the adults in my life that the Natives were “causing trouble.” That they were “bringing it on themselves.” It was easy to believe this racism. After all, I was surrounded by it.

At the same time, I was surrounded by family and friends who denied my indigeneity. The racism and denial took a toll. I was constantly anxious, especially around authority. I flinched when people moved too quickly or raised a hand around me. And I was hypervigilant, something that continues to this day.

The mental illness diagnoses began racking up, and I turned to addictive behaviors—cutting, self-hating, and starving myself. And though I sat through therapy and popped anti-depressants, I continued to feel displaced and angry. 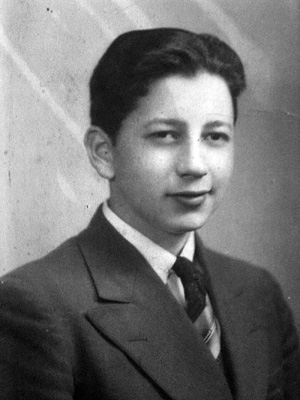 “That’s what being an Indian is,” he replied, touching for the first time on our shared blood and culture. “You’re an Indian woman, so it’s no one’s place to tell you anything. But you’re not going to find it easy. It hasn’t ever been easy for us.” Some of that began to change after I reconnected with my grandfather. After I graduated from college, I mentioned that I felt myself in a constant struggle, trying to figure out where I belonged. I was resentful, I said, feeling like I had no religion, no culture, and nowhere to go to find those things.

Then his voice turned serious.

“You’re the storyteller in the family. You need to listen to me. It’s your job to keep our culture going. Smarten up now.”

Returning to culture is a duty my grandfather believed elders had to their communities. And he passed this on to me.

Around this point, I began learning about intergenerational trauma. While Native people have experienced it for years, researchers are just beginning to learn about how trauma is stored and passed on at the cellular level in the emerging field of epigenetics. A 2014 study showed that trauma-altered gene expression in mice, and that these changes were passed down to their offspring. Knowing this is helpful for me. It helps me understand why I, and other family members, have experienced psychological issues that appear to have no trigger. Trauma changes the way our genes are expressed. It lives in our cells and becomes a part of who we are.

But that doesn’t mean my trauma has to define me, my community, or my family. As Native people, we are no less resilient when we admit that colonialism has had lasting effects on us. And it starts with naming the trauma.

In his final years, my grandfather returned to culture and used storytelling as a way to heal from the trauma he experienced as a child and adult. By choosing to tell his stories to me, we both found a way to heal.

Using traditional practices has been shown to have a positive effect on mental health for Native people. Natives celebrating who we are, even in the face of erasure, has helped bring many of us back to our cultures, readying us to fight harder for what is ours. It makes sense that activities that are culturally affirming would build mental and emotional resilience. And while trauma can be passed down generations, so can healing.

Connecting back to culture has been one of the hardest things I’ve done. Without my grandfather, I would not have known where to start my own journey. Sometimes I feel like an imposter or as if I’m letting down my grandfather and the legacy he gave me, but then I realize that I’m doing exactly what he told me to do.

I am telling our story. I am healing my family’s trauma by being exactly who I am—a Native woman who belongs, and has belonged, all along.

Elizabeth Hawksworth wrote this article for The Mental Health Issue, the Fall 2018 issue of YES! Magazine. Elizabeth is an Anishinaabe writer with a focus on social justice and her experience as a queer Native in Canada. Follow her on Twitter.