If You Want To Publish A Truly Subversive Novel, Have A Main Character Who’s Fat

Banned Books Week, held this year from Sept. 25 to Oct. 1, is an annual event designed to draw national attention to the harms of censorship. Created in 1982 by the American Library Association in response to a growing number of “challenged” books in schools and libraries, the week is really about celebrating the freedom to read.

Much of the practice of book banning takes the form of challenging a book deemed subversive and objectionable, with profanity or sexual content often the book challengers’ source of ire.

These days, such campaigns can elicit an eye roll: everyone knows that teens are regularly exposed to profanity and sex online and on TV. (Rather than try to ban books, a better approach is to instead teach media literacy so young people are better able to contextualize what they’re exposed to.)

The problem is that when you go after books for swears or sex, you might also be threatening books that are truly subversive: the ones that confront our unconscious biases, whether it’s weight or race, and question the way we tend to think about ourselves and others. One frequently challenged book – Rainbow Rowell’s 2013 young adult novel “Eleanor & Park” – does just that.

“Eleanor & Park” is a romance novel about two misfits who become friends, fall in love and endure the cruelties of the world: abusive parents, poverty and bullying.

The same year it was published, a parent group in the Anoka-Hennipin school district in Minnesota tried (and failed) to get the book removed from the curriculum and school libraries. But they did manage to get the author’s visit to Anoka High School canceled.

Citing 227 instances of profanity, the parents alleged that “Eleanor & Park” was “littered with extreme profanity and age inappropriate subject matter that should never be put into the hands and minds of minor children, much less promoted by the educational institutions and staff we entrust to teach and protect our children.”

What Are We Afraid Of?

Banning books in the United States is nothing new, and there’s a long history of trying to prevent people (mostly kids and teens) from reading things some think they shouldn’t read.

It seems that the only thing worse than sex or the “f word” in young adult literature is being a lesbian. Depicting a gay couple got copies of Nancy Garden’s 1982 lesbian romance novel “Annie on My Mind” burned on the steps of the Kansas City School District headquarters in 1993. 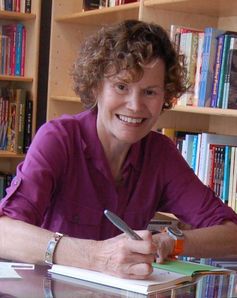 Judy Blume’s books are famous for pushing the “decency” envelope. Her 1972 novel “Forever…” is also frequently banned for sexual content and for profanity. (Pretty much yearly since its publication, “Forever…” has been challenged by Focus on the Family or The Christian Coalition.)

But there’s another aspect to “Forever…” that’s rarely discussed: It has a fat character who has lots of sex. Sybil is often seen as a foil to the main character Katherine, a rail-thin control freak who loses her virginity deliberately and with purpose.

Sybil is the other side of the body image spectrum: She’s fat and “has been laid” by six guys. At least she gets to have sex, which is pretty uncommon for a fat girl in 1972 young adult fiction. (And there’s a penis named Ralph in the book, yet another reason to read this classic.)

But “Forever…” is an extreme outlier. The way the media depicts fat characters – and fat people – has been a problem for generations. In 2011 NPR aired a piece on fat stereotypes in pop culture. The report dissected the typical fat character in TV shows and films: someone “self-loathing” and “desperate to be loved.”

Of course, the lives of fat people aren’t much different from those of thin people. But you wouldn’t know that from the way fat bodies are portrayed on TV and in film. Research on “weight bias in the media” suggests that most representations of fat people in media are stigmatizing. More research suggests that shows like “The Biggest Loser” and “More to Love” reinforce anti-fat bias rather than fat acceptance.

We Were All Teenagers Once

This is why “Eleanor & Park” is so refreshingly different.

Like many protagonists in young adult novels, Eleanor is a teenager who’s desperate to be an adult so she can escape her awful circumstances. But while the parents trying to ban the book pounced on the profanity, they ignored one of the novel’s biggest triumphs: Eleanor is fat. Yes, Eleanor is a fat female protagonist in a young adult romance novel and she’s in love – she even has a cute boyfriend named Park. 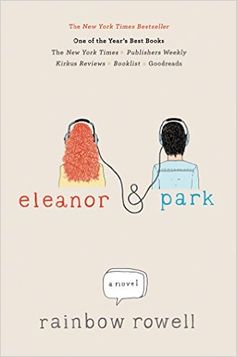 As author John Green wrote in a review of the novel, “…the obstacle in ‘Eleanor & Park’ is simply the world. The world cannot stomach a relationship between a good-looking Korean kid and Big Red.” (Big Red is Eleanor’s nickname.)

Last year, Buzzfeed writer Kaye Toal penned a beautiful personal essay about discovering Eleanor in an airport bookstore. Part of what struck Toal as significant about Eleanor is that she is fat yet is not required to become thin or change in order to be loved. Despite the recent increase in fat characters appearing on television and in movies, many of them are required to change in order to be accepted. Not surprisingly, another study published in 2013 connects the prevalence of the “thin ideal” in popular literature to low self-esteem in female readers.

Letting Eleanor be fat and be loved is much needed in today’s climate of “the obesity epidemic” and misplaced concerns with fatness. Park loves Eleanor; she loves him back. A simple story, but with a difference. Eleanor’s fat is not really a crucial aspect of her being. She doesn’t need to be fixed.

That’s what makes this lovely and painful novel subversive – and what makes efforts to ban it all the more misguided.

Beth Younger is an Associate Professor of English and Women's and Gender Studies at Drake University.

See also:
Weekly Musings: Recovery High Schools In Massachusetts
Why Boys Need To Have Conversations About Emotional Intimacy In Classrooms