Is It Time To Break With Colonial Legacy Of Zoos?

The shooting of Harambe the gorilla at the Cincinnati Zoo has reignited debate about how to properly care for and conserve zoo animals. Several petitions have been created on Change.org, seeking some form of justice for Harambe. Given the conservation mission of the modern zoo, there is much discussion about how we might make zoos better to prevent an event like the one that led to Harambe’s death.

But what if the entire premise of zoos is to blame? Instead of seeking justice for Harambe, or improving zoo policies or exhibit design, we should first ask what, precisely, are we conserving in zoos? In my view, we are perpetuating an outmoded worldview rooted in colonialism.

American zoos are focused primarily on conservation and education, according to the American Zoo and Aquarium Association. However, the purpose of zoos, and their practice of keeping wild animals captive, has been a source of contention for some time. Debates regarding individual animal rights and animal welfare, the poor success rate of animal reintroduction programs to bring animals into the wild and general concern for seeing animals in literal cages have troubled the zoo experience for many a zoo visitor.

The shooting death of Harambe, the gorilla, has once again raised concern for an individual animal’s well-being in the confines of a zoo – an otherwise healthy gorilla put down in order to save the life of a young boy who had fallen into its enclosure.

And while this type of event is relatively rare, animals in zoos may be fated by the very institution we have created to protect them. Beyond the more obvious problematic premise of enclosing creatures in cages in order to view them, zoos engage visitors in an historic ritual of a Western ordering of the world, teaching them to “gaze” at creatures made to be exotic through our imagining wild and faraway places.

Before my academic career, I worked as an educator at a zoo for several years in Chicago. My experiences there helped me to realize the problematic premise that belies the zoo experience. Despite thoughtful effort on the part of zoos to engage visitors in meaningful conservation education, zoos invoke colonial narratives about people, places and animals. While we intend for zoos to educate the public about conservation, we should also be mindful of the hidden curriculum experienced in a zoo.

The colonial history of zoos is well-known.

First, early zoos exhibited the victims of conquest – people, plants and animals. As they evolved into public spaces and institutions, they continued the narrative of human dominance over nature, representing the collected specimen of knowledgeable societies. Zoos have moved from being a menagerie of conquered animals (and people) to collections that reflect the accumulated knowledge of difference and identity. 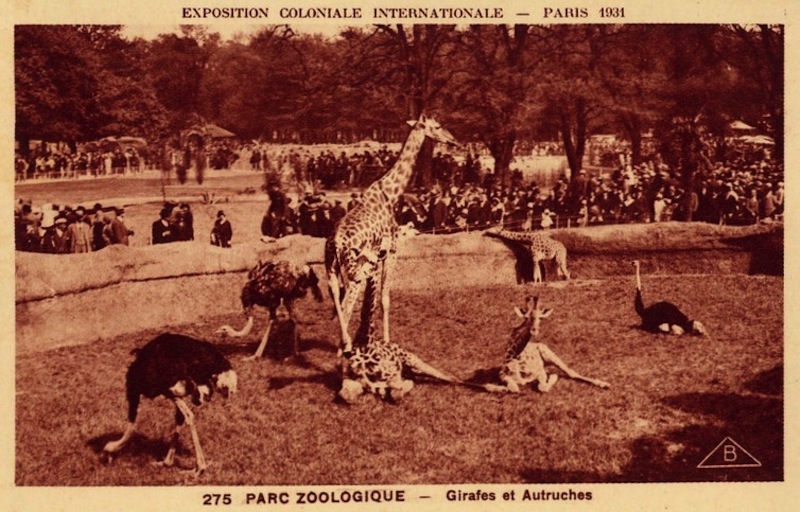 The colonial project sought to bring the world under both physical and epistemiological control. Colonialism was, in large part, an educational project. Places, animals and people were named and ordered through a Western lens.

Early zoo buildings were organized by taxonomy – cats, primates, ungulates all placed together. While the 18th-century Linnaean system of organizing living things is not wrong, per se, it is a uniquely Western way to portray species relationships, displacing other ways of envisioning the living creatures of the world. And while modern zoo buildings now focus on geographic areas – Africa, Asia, South America – with extensive immersion exhibits, these newer exhibits are inspired by tales of travel to exotic and faraway places.

The most popular animals featured in zoos are those that come from “exotic” areas that are geographically remote from the Western countries that exhibit them. The buildings that house them feature lush vegetation, waterfalls and, most importantly, cageless exhibits. We do not like to acknowledge that animals are enclosed, and so modern zoo exhibits are designed to disguise the enclosure using glass panels, moats and other deceptions. The result is what Nigel Rothfels, author of “Savages and Beasts,” calls a “convincing verisimilitude.”

When the Regenstein African Journey opened at Chicago’s Lincoln Park Zoo in 2003, visitors who had never been to Africa commented on how real the exhibit felt to them. How did they know? The cues were there: naturalistic surroundings and waterfalls, a meandering footpath, thatched roof huts. It is how we imagine Africa to be. We long for a colonial experience – a close encounter with a wild animal in a wild place.

But the dangers of past colonial travel are supposed to be nonexistent in the zoo visit. We long to experience exotic animals on our terms.

Zoo visitors have learned the rules of the game – animals are enclosed, not caged; animals are in the enclosure, people are not. Exotic places, animals and people are neatly represented in essential ways. The desire to conform the world to one of our own narration is an articulation of the colonial project.

But when these rules are broken, our imagined construct of the world begins to crumble. A young boy falls into the moat and our ordering of animals breaks down. The child longs to see the majestic ape up close, though he is now in extreme danger. The gorilla is killed to maintain the mirage, so that zoos may continue to conserve colonialism. There are places for animals. There are places for people. We thought we knew where each belonged.

Dr. Lukasik earned his PhD in Curriculum Studies from the University of Illinois at Chicago. His dissertation analyzed the hidden colonial curriculum of zoos through the medium of a fictional novel. His research interests include out of school learning, education for human and ecological justice, zoo/museum education, and qualitative research methods.

See also:
To Better Conserve Wildlife, Consider All Kinds Of Animals, Not Just The Ones We Hunt
Cecil The Lion Was A Victim Of Deep-rooted And Persistent Arrogance Towards Wildlife