Jackson, Mississippi Water Crisis: How To Help And Donate 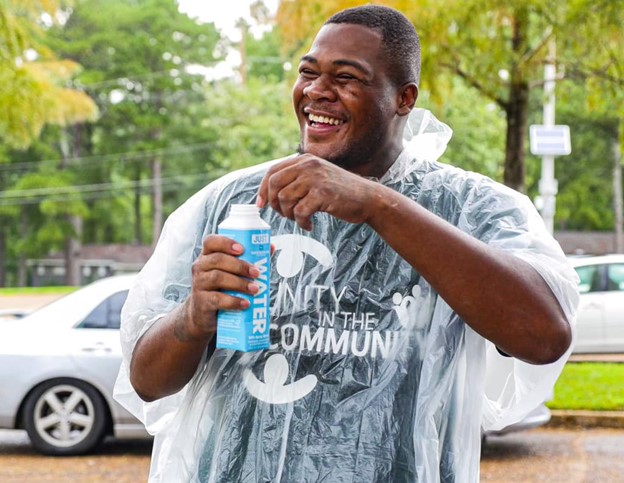 The Mississippi capital of Jackson has been experiencing water crises for many months now, with a crumbling water infrastructure causing 150,000 to live under a boil water notice for much of 2021 and into 2022. Now, with the recent historic rainfalls putting insurmountable pressure on this failing system, the people of Jackson have been left with no clean drinking water.

According to Jackson Mayor, Chokwe Antar Lumumba, with one crisis after another, the failing of the city’s water treatment facility was always a question of when and not if.

Mississippi Governor Tate Reeves called for a state of emergency declaration, which was met by President Biden the following day.

Tens Of Thousands Without Safe Water To Drink

After days of torrential and historic rains, flooding overwhelmed the pumps at Jackson’s primary water treatment plant, causing them to fail. Residents and businesses alike have been left with no running water and no clean water to drink, as flooding causes dangerous water contaminations throughout the system.

With 150,000 in dire need of drinking water, bottled water supplies soon ran out, and despite the region’s best efforts, initial water distribution measures haven’t been sufficient to meet the demand of these residents in crisis.

Many towns, cities and businesses across the country have banded together to support the people of Jackson. The city of Houston recently sent in 18-wheeler truckloads of drinking water pallets, and water businesses around the country, such as eco-friendly JUST Water based in NY, have been sending as much clean drinking water as they can to support relief efforts.

Will Holsworth, CEO of JUST Water commented that the decision to send support to Operation Good in Jackson was one that any human being would make: “An entire population of people don’t have safe water to drink, and our business is built to provide some of the best water on the planet to the population. We are in a unique and qualified position to help; how could I possibly look the other way?” he asked.

Here’s How You Can Help

No matter where you are in the U.S., there are a variety of ways that you can show your support to the people of Jackson. Here are some options:

Water donations can be made to Twin Forks Rising weekdays between 9am and 5pm at: Twin Forks, 601 East Pine St.

A number of water distribution sites have recently been listed by the city of Jackson on their Facebook profile.

If you live locally and want to contribute to the water distribution efforts, you can get in touch with the Mississippi Rapid Response Coalition by emailing rapidresponse@peoplesadvocacyinstitute.com.

There are several ways to donate much-needed funds to support the people of Jackson. These include: