“Know Your Bees” Guide To Saving Our Native Bees

Often overlooked due to other more famous bees, getting to know your local native bee species is a step towards saving them. 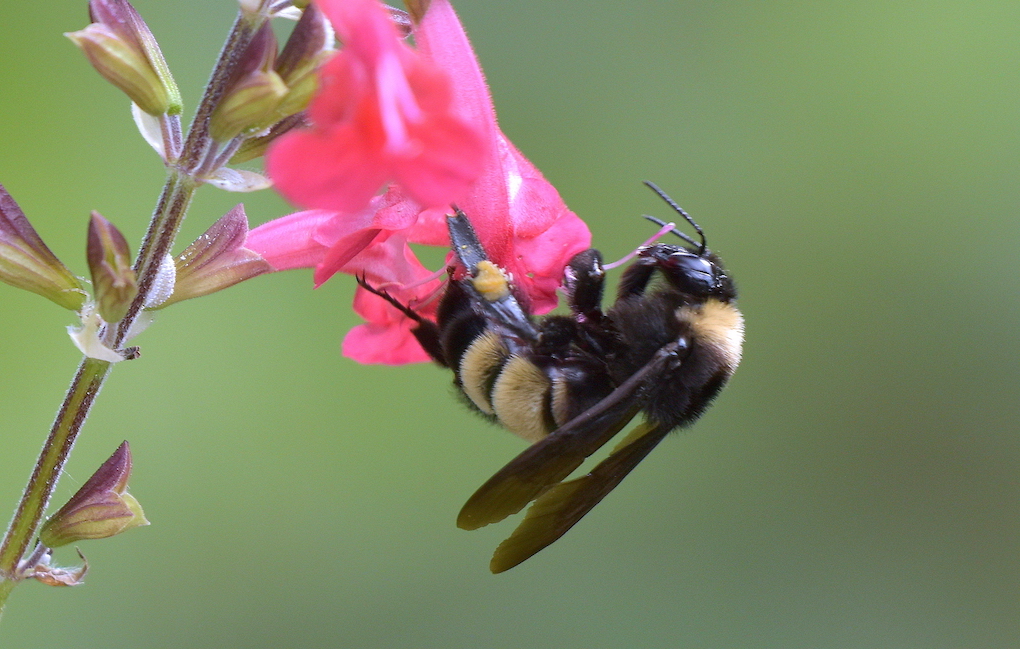 When we think of pollinators we tend to focus on the bees, and in particular, the honey bee. The United States is home to more than 4,000 native bees; worldwide, bees comprise about 20,000 known species.

In 1962, Silent Spring by Rachel Carson was published. It was groundbreaking at the time, and is still considered the go-to book about the consequences of pesticide use. Pesticide is a broad term also used to describe herbicides, rodenticides, and fungicides.

After the book’s publication, and as expected, the chemical industry objected to the allegations of toxicity she uncovered during her research. Public outcry forced changes in our national pesticide policy, which led to a ban on the use of DDT in agriculture, ignited the environmental movement, and spearheaded the creation of the Environmental Protection Agency. Discover magazine called Silent Spring “one of the top 25 greatest science books of all time.”

An article published in The New Republic (“Birds and Bees” by Daniel Zwerdling) in 1970 warned about the dangers posed by pesticides for both humans and wildlife. At the time, it was estimated that Americans used 1.2 billion pounds of pesticides every year on lawns, farms and rivers, with an annual usage increase of 14%.

That was five decades ago, and along with the increase in pesticide use there has been a severe decrease documented in many wildlife species, especially among insects and birds. Not surprisingly, there has also been an increase in health-related problems associated with pesticide exposure such as cancer, birth defects, neurological toxicity and more. 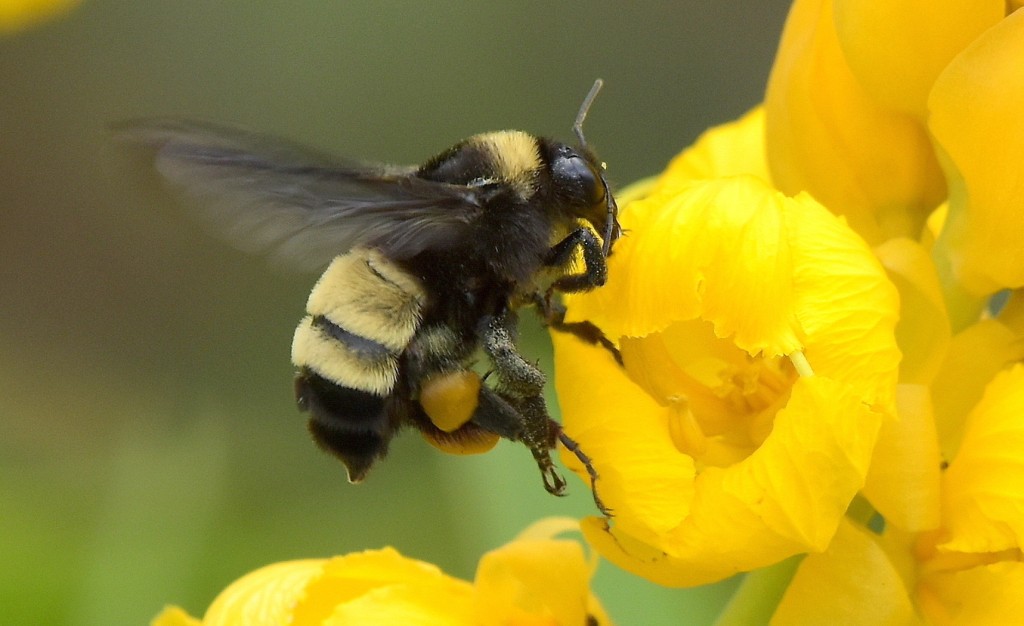 The bumblebee is known as a social bee and the only one we have in north America. They live in colonies that can have as many as 500 bees, and have divisions of labor among them. Shockingly the species “has completely vanished from eight states including Maine, Rhode Island, New Hampshire, Vermont, Idaho, North Dakota, Wyoming, and Oregon,” Ben Turner reports for Live Science. “The bumblebee species have declined by 99 percent in New York. In the Midwest more than 50%.”  Pesticides, habitat loss and disease are among the culprits for their decline. 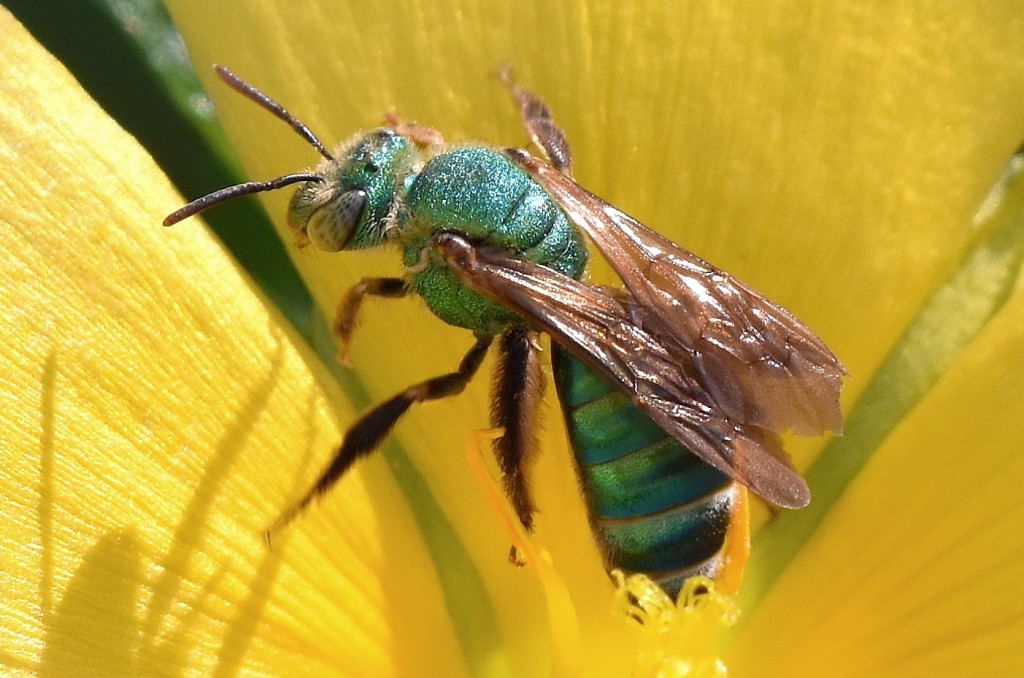 The term “sweat” bee originated from the behavior of these bees that fly around sweaty people trying to drink in the salt and minerals from their sweat. With over 3500 species of sweat bee found in every continent, over 60 species call Florida home. Unlike many other bees, this species is a ground nester. This can make them particularly vulnerable to being killed by lawn mowers, stepped on, dug up by curious pets, or through toxic exposure when pesticides are applied right onto the soil. Most bees in this species are colored with some version of black, brown and yellow, but several species of sweat bees are bright green or blue. Females are a stunning bright metallic green, while males are green, yellow and black. 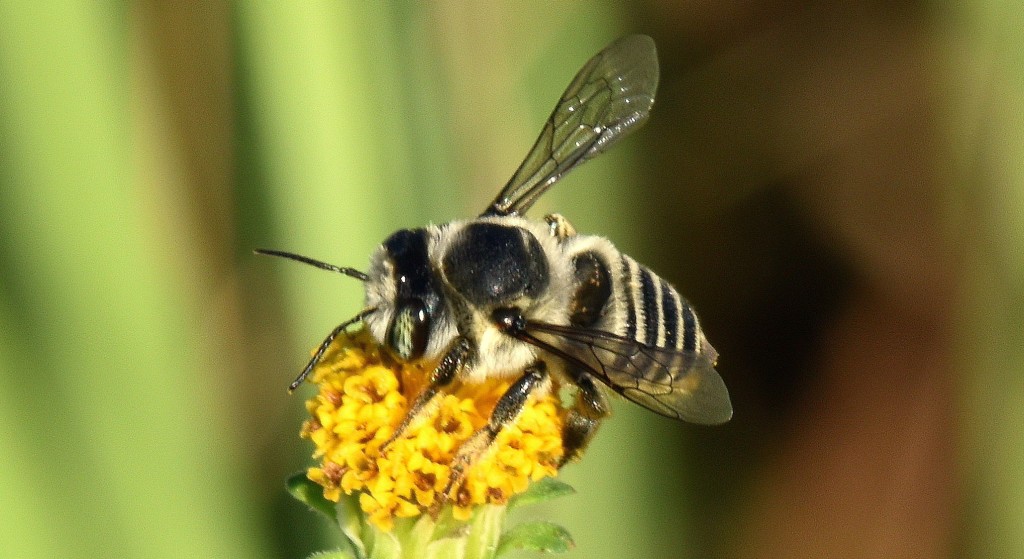 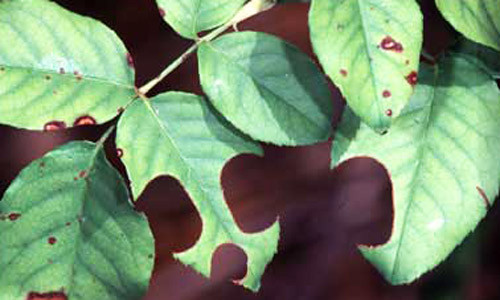 Signs that a leafcutter bee has been there. Photograph courtesy L.J. Buss, University of Florida

Often overlooked due to the other more famous bee species, leafcutter bees pollinate a variety of wildflowers, fruits and vegetables. They earn their name from the behavior of cutting circular pieces out of leaves to use in their nests. This species will construct nests in holes they find in the soil, wood or even plant stems. On occasion they even use man-made holes they find in concrete walls and other structures. North America is home to 242 species of leafcutter bees. 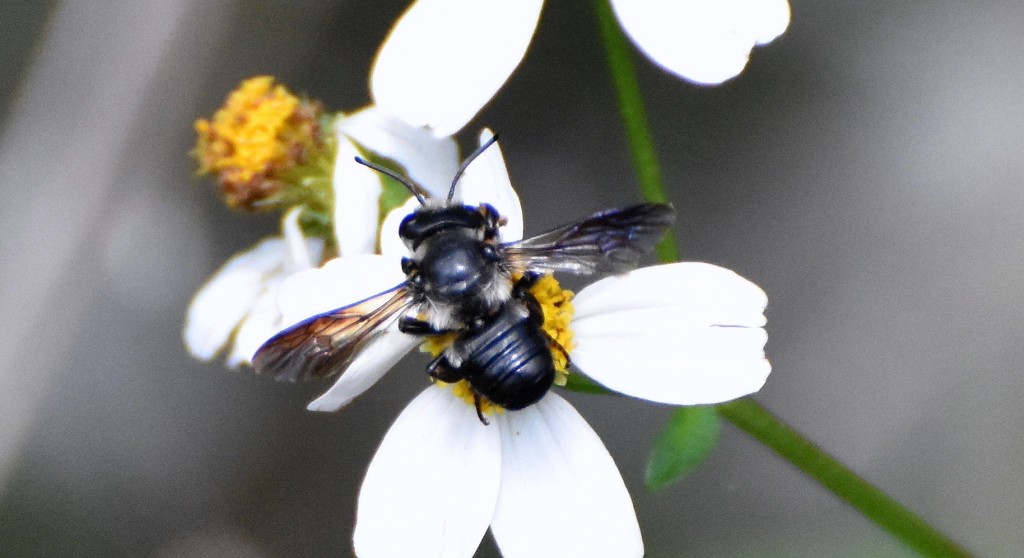 This species gets their name because they burrow into wood to nest, and is considered a pest to many homeowners of wooden buildings. As pollinators they also help contribute to a multi-billion dollar agriculture industry that relies on insects. According to native pollinator specialist Robbin Thorp, emeritus professor of entomology at UC Davis, “Their contribution to pollination far outweighs any damage to structures.”

Widespread use of pesticides has caused a massive decrease in all pollinator species. Many bee colonies have suffered collapse due to disease, and wild bees often find it difficult to find uncontaminated and native food due to destruction of their habitat. While carpenter bees can do structural damage, think twice before spraying a chemical to get rid of them, and instead, call a bee specialist to remove them safely. At the current rate of bee population loss, we can’t afford to lose any pollinators. The use of chemicals is something we ourselves can stop doing right now that would make a big difference. 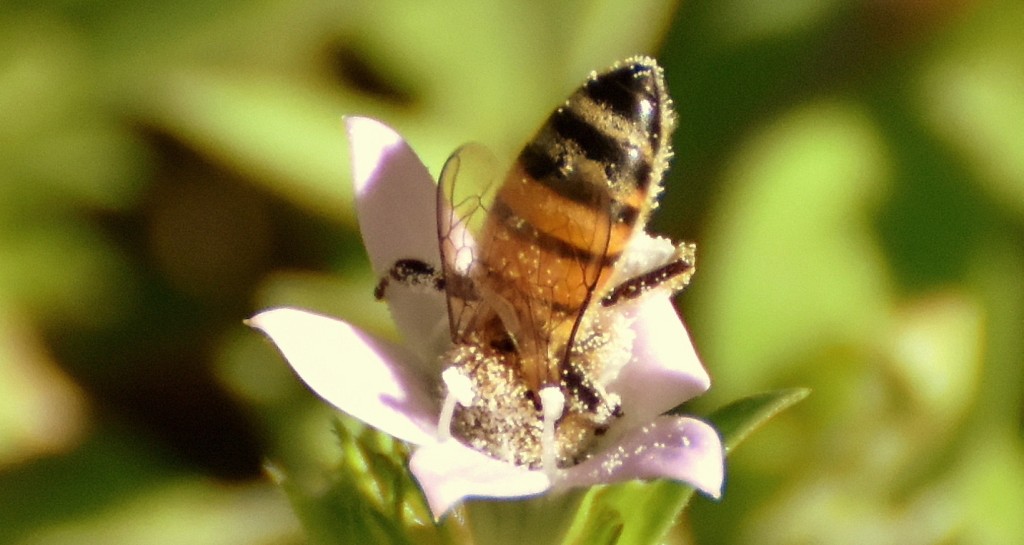 A honeybee gets her fill of pollen from Mexican clover. Photo courtesy Staci-lee Sherwood.

The honeybee has gotten a lot of press coverage over the past couple of years, as the honey industry has done a great job getting the message out of their decreasing population and the need to save them. Honeybees are not native to the U.S. They were brought here from Europe for their ability to make honey, and the drive to save them is mostly due to the commercial value of honey. For years this bee displaced many of our native bees and grabbed headlines while several other species were ignored. Despite being non-native, they have become important to save because so many other species are in such decline it’s now a necessity to save all species of bees.  ‘According to preliminary results of the 15th annual nationwide survey conducted by the nonprofit Bee Informed Partnership, or BIP, “Beekeepers across the United States lost 45.5% of their managed honey bee colonies from April 2020 to April 2021.” 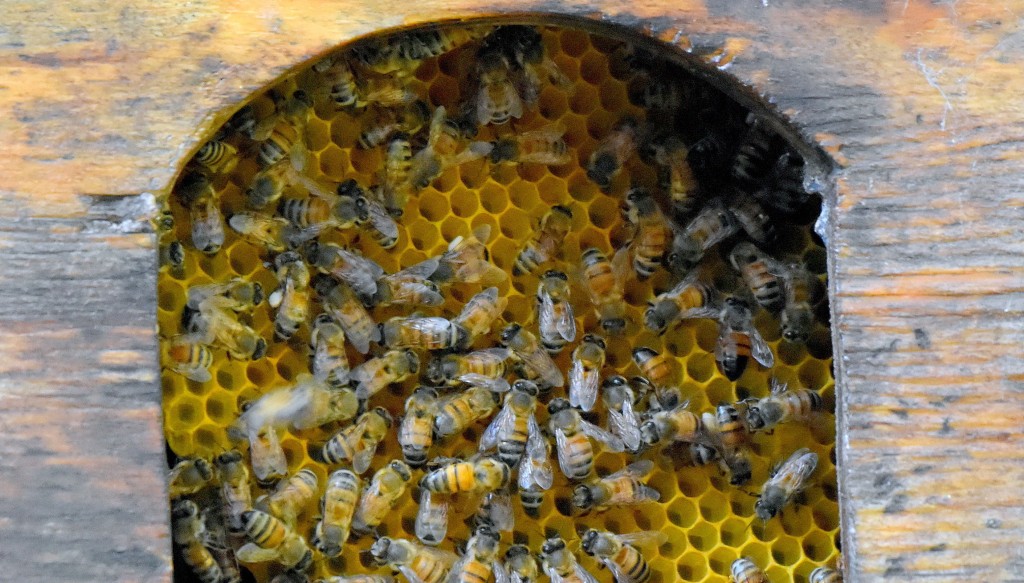 A colony of honey bees that have taken over a bird box. Photo courtesy Staci-lee Sherwood.

How You Can Help

The best way to stop the downward trend toward extinction of our bees is to not use any pesticide, only plant native organic flowers and plants, and never use GMO seeds. Silent Spring warned us 60 years ago of the consequences of using pesticides: birds, bees, and other important pollinators would suffer a drastic drop in population.

Over the years we have seen species after species crash, with many not being able to recover. We failed to heed the warning for generations, and are seeing the dire message Carson laid out for us become a reality. If we want to leave a living planet for future generations of both bees and humans, we must stop using the toxic chemicals our grandparents were warned about and start respecting Mother Earth.

Visit The Bee Conservancy for more ways to help save our bees.