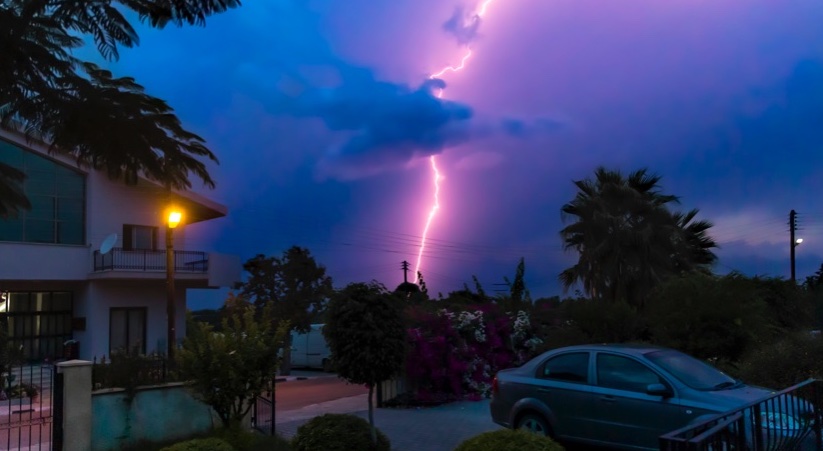 Lightning kills an average of 49 people per year in the United States and hundreds more are injured. If you are educated and aware, you can keep yourself safe. Here are some tips to help keep you safe.

According to the National Weather Service, lightning kills an average of 49 people per year in the United States and hundreds more are injured. There are an estimated 25 million cloud-to-ground lightning flashes each year. While lightning can be fascinating to watch, it is also extremely dangerous.

But because lightning usually claims only one or two victims at a time, and because lightning does not cause the mass destruction left in the wake of tornadoes or hurricanes, lightning generally receives much less attention than the more destructive weather-related killers. While documented lightning injuries in the United States average about 300 per year, undocumented injuries caused by lightning are likely much higher.

Few people really understand the dangers of lightning. Many people don’t act to protect their lives, property, and the lives of others promptly because they don’t understand all the dangers associated with thunderstorms and lightning. The first step in solving this problem is to educate people so that they become aware of the behavior that puts them at risk of being struck by lightning and to let them know what they can do to reduce that risk. Coaches and other adults who make decisions affecting the safety of children must understand the dangers of lightning.

Beware Of A Developing Thunderstorm

Thunderstorms are most likely to develop on hot days and go through various stages of growth, development, and dissipation. On a sunny day, as the sun heats the air, pockets of warmer air start to rise in the atmosphere. When this air reaches a certain level in the atmosphere, cumulus clouds start to form. Continued heating can cause these clouds to grow vertically upward in the atmosphere into “towering cumulus” clouds. These towering cumulus may be one of the first indications of a developing thunderstorm.

The Lightning Discharge: Don’t Be A Part Of It

During a thunderstorm, each flash of cloud-to-ground lightning is a potential killer. The determining factor on whether a particular flash could be deadly depends on whether a person is in the path of the lightning discharge. In addition to the visible flash that travels through the air, the current associated with the lightning discharge travels along the ground. Although some victims are struck directly by the main lightning bolt, many victims are struck as the current moves in and along the ground. While virtually all people take some protective actions during the most dangerous part of thunderstorms, many leave themselves vulnerable to being struck by lightning as thunderstorms approach, depart, or are nearby.

An Approaching Thunderstorm: When Should I Seek Shelter?

Lightning can strike as much as 10 miles away from the rain area in a thunderstorm. That’s about the distance you can hear thunder. When a storm is 10 miles away, it may even be difficult to tell a storm is coming. The first stroke of lightning is just as deadly as the last. If the sky looks threatening, take shelter before hearing thunder. 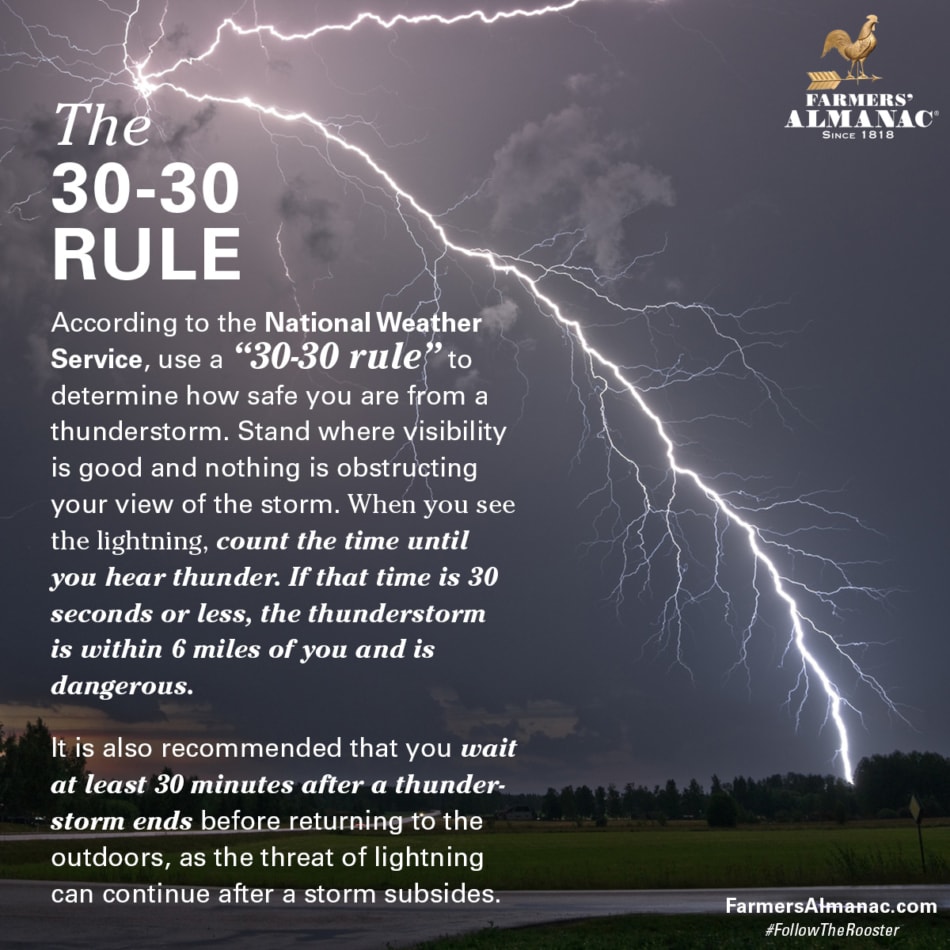 Use the 30-30 rule where visibility is good and there is nothing obstructing your view of the thunderstorm. When you see lightning, count the time until you hear thunder. If that time is 30 seconds or less, the thunderstorm is within 6 miles of you and is dangerous. Seek shelter immediately. The threat of lightning continues for a much longer period than most people realize. Wait at least 30 minutes after the last lightning flash before leaving shelter. Don’t be fooled by sunshine or blue sky!

Those involved in activities such as boating, swimming, fishing, bicycling, golfing, jogging, walking, hiking, camping, or working out of doors all need to take the appropriate actions in a timely manner when thunderstorms approach. Where organized sports activities are taking place, coaches, umpires, referees, or camp counselors must protect the safety of the participants by stopping the activities sooner so that the participants and spectators can get to a safe place before the lightning threat becomes significant. To reduce the threat of death or injury, those in charge of organized outdoor activities should develop and follow a plan to keep participants and spectators safe from lightning.

Inside homes, people must also avoid activities that put their lives at risk from a possible lightning strike. As with the outdoor activities, these activities should be avoided before, during, and after storms. Do not use your computers, laptops, game systems, washers, dryers, stoves, or anything connected to an electrical outlet. Lightning can travel through electrical systems, radio and television reception systems, and any metal wires or bars in concrete walls or flooring. You should also stay away from windows and doors and avoid contact with anything that conducts electricity.

If Someone Is Struck, What Do I Do?

In the unfortunate event that a person is struck by lightning, medical care may be needed immediately to save the person’s life. They are safe to touch. Cardiac arrest and irregularities, burns, and nerve damage are common in cases where people are struck by lightning. However, with proper treatment, including CPR if necessary, most victims survive a lightning strike, although the long-term effects on their lives and the lives of family members can be devastating.

Have A Safe Summer!

Lightning is a dangerous threat to people in the United States, particularly those outside in the summer. With common sense, we can greatly reduce the number of lightning deaths. When thunderstorms threaten, get to a safe place, stay there longer than you think you need to, stay away from windows and doors, and avoid contact with anything that conducts electricity. Have a safe and enjoyable summer!

This article was published by the staff at Farmers’ Almanac.