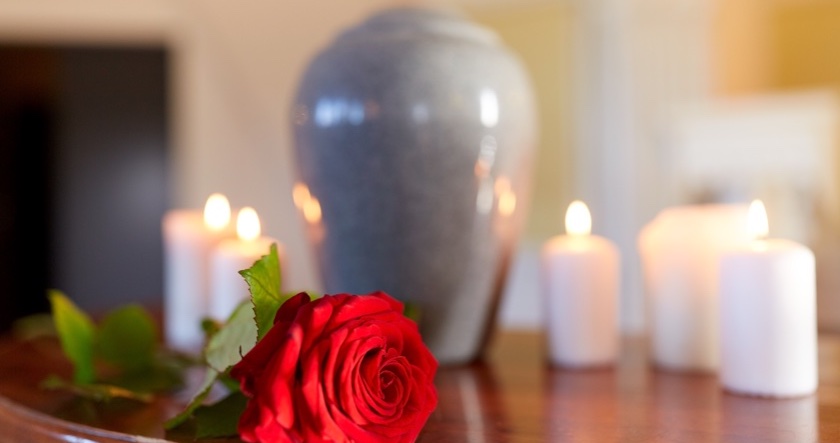 The National Funeral Directors Association has predicted that by 2035, nearly 80% of Americans will opt for cremation.

When the first U.S. indoor cremation machine was opened in 1876 in Lancaster, Pennsylvania, the creator and operator, Francis LeMoyne, was severely criticized by the Catholic Church. The new method of disposal was viewed as dangerous because it threatened traditional religious burial and society’s sense of morality and dignity.

Less than 100 years later – in 1963 – English writer Jessica Mitford wrote the bestselling book “The American Way of Death” as a way to educate Americans about what she viewed as the awful commercialization of dying, death and commemoration. After a strong criticism of funeral directors, cemeterians and other associated professions, she ended with a plea for cremation.

However, as late as 1970, according to figures from the Cremation Association of America, only about 5% of American chose the method. In 2020, more than 56% Americans opted for it.

So what has led to such a dramatic shift today? As an American historian who wrote “The Last Great Necessity: Cemeteries in American History,” following that up almost 30 years later with “Is the Cemetery Dead?,” I know that people are choosing cremation for different reasons, depending on their circumstances.

Here are three main ones:

1. Funerals And Ground Burials Are Expensive

Although figures differ depending on the source, families are spending an average of over US$8,000 on funerals, ranging from $6,700 in Mississippi to just under $15,000 in Hawaii, according to the World Population Review.

That compares with $1,000 to $2,000 for a direct cremation, in which the crematory or funeral director doesn’t provide any services beyond the actual cremation of the body, as the blog Parting.com, which compares the pricing of funerals and cremations, points out.

However, many survivors don’t choose to do the least costly cremation. The National Funeral Directors Association noted that for a funeral with a cremation, the median cost was over $6,000 – certainly a savings, but not the enormous amount many websites proclaim.

Additionally, this is not a new development: Direct cremation was far cheaper than a full burial in 1960 or 1990, too.

Cost clearly plays a role, but not a determining one for such a rapid shift in cultural practices. A second major factor is environmental concerns related to a conventional internment, in which a body is placed in a casket and the casket is buried or entombed.

Alexandra Harker, a landscape architect working to improve America’s sustainable environments, has described how concerns about such burials in the cemetery range from issues about the use of the land to the methods by which the body is prepared and stored.

Some people are increasingly upset by the environmental costs of a burial. A conventional burial necessitates the body being embalmed, usually with formaldehyde; placed in a casket, often made of hardwood or steel; then lowered in many cases into a concrete or steel grave liner or vault, with the surrounding lawn typically kept green by the use of pesticides. Roughly 1.5 million burials or entombments means Americans are using thousands of tons of copper, bronze and steel, over 800,000 gallons of embalming fluid and millions of feet of wood.

In a related concern, Harker notes that in a survey by the Cremation Association of North America in 2008, 13% of people chose cremation because of worries about cemetery land scarcity. Cremation internments take up much less space than ground burials.

However, people are exploring the idea of “green” burial in some new cemeteries where money earned from burials can serve to fund a “conservation easement” that protects the space so it will be there long after those interned have become part of the land.

Conventional cremation burns the body by use of natural gas, which is not considered as environmentally sensitive as simply burying the body without the use of harmful chemicals among other materials. Natural gas emits particulate matter and hard metals such as mercury, especially in older crematories.

3. Fewer Americans Belong To A Church

A third factor is the disruption of people’s connection to religious institutions, which leads them away from the cemetery.

In 2021, only about 47% of Americans belonged to a church, synagogue or mosque, compared with 1999, when over 70% of adults stated they were affiliated with one such religious institution.

A growing number of younger Americans in particular are not tied to the religious institution where their grandparents and parents may have had a service after their death or from which funeral corteges would have left for the cemetery. The result is that they are more likely to opt for a method of disposing the body that places them in control of the remains.

Is Cremation Here To Stay?

Will the rise of cremation affect other elements of the way Americans respond to deaths? Americans have long been accused of having “death anxiety,” a fear of even discussing death. For many families, the control that cremations give them has been accompanied by a increased willingness to publicly mourn, as evidenced by the rapid spread of roadside shrines, memorial tattoos and other “everyday memorials” that are utilized by a widespread number of families.

Most Americans are now comfortable with cremation as a practice. They like the power that it gives them to inter the remains in the cemetery, keep them at home, or scatter them in forests, parks, oceans and streams.

Alternatives, such as green burial, will challenge this practice, but for the foreseeable future, Americans have joined much of the world in embracing cremation.

David Sloane is an expert in urban history, community health planning, health disparities and cultural landscapes. He is also the author of “Is the Cemetery Dead?” (2018) which gets to the heart of the tragedy of death, chronicling how Americans are inventing new or adapting old traditions, burial places, and memorials.