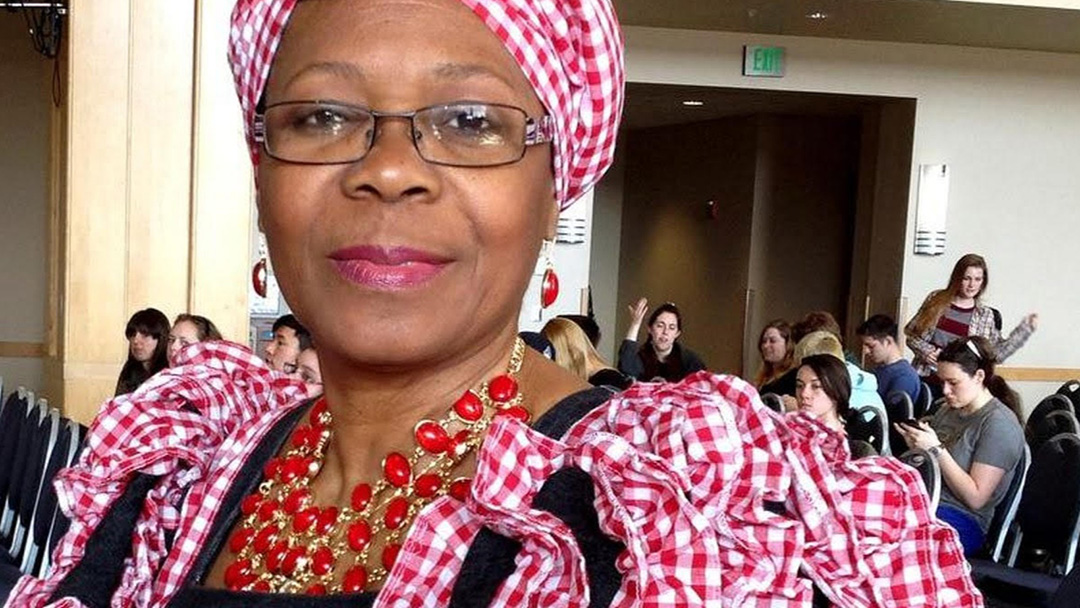 I have long been interested in ancient spiritual practices like shamanism and witchcraft, and how in reality they are so different from what is portrayed in movies and pop culture. With the racial tensions that have come storming up in 2020, I’ve been thinking about systemic racism and how it could have impacted spirituality. That’s when it came to me. Voodoo. Why does this bring to mind scary things like voodoo dolls, zombies, and evil hexes? Is it possible the Voodoo religion (spelled “Vodou” in Haiti) has been misinterpreted due to racial discrimination? I decided to find out for myself.

Locating a Vodou priestess in Massachusetts is no easy feat. Maybe if I still lived in Pensacola, Florida, it would be easier. After a few phone calls and a little research, I met Marie Maude Evans. Marie is the Priestess or Mambo of Sosyete Nago, an authentic Haitian Vodou Temple in Mattapan, which she opened 15 years ago.

Marie has the most heart-warming presence and a real honesty about her. In a recent conversation, she helped educate me on the principles of Vodou, which incorporates ancient traditions from West Africa and elements of Catholicism.

“Vodou has been passed down from generation to generation. It is the religion of the ancestors. We believe in one God, and we also believe in many spirits. When the slaves came from Africa to Haiti they were under the control of their masters, but they were still able to remember and practice their beliefs, not exactly the way they were accustomed to, but they remembered in their hearts and minds, and they used the tradition to gain their freedom.”

Haiti was the first nation to ban slavery in 1793 and in 1804, won its independence from France, becoming the first Black republic in the world to gain its freedom from colonial rule. As you would expect, it was not a peaceful or easy endeavor, and took great strength, courage and perseverance to accomplish. One of the key leaders in the fight was a slave named Dutty Boukman, who was a Vodou Hougan (priest). In a Vodou ceremony called The Bois Caiman Ceremony, Boukman brought together hundreds of slaves, uniting them in a sacred ritual. This was one of the key events that led to the success of the Haitian Revolution that gained their freedom 13 years later. They fought against extreme odds and although they won, doing so cost much of the infrastructure and commerce that the new country would need to rebuild.

Marie continues, “After Haiti won its freedom, years later, the Catholic missionaries came to Haiti because they thought Vodou was evil. They went to people’s houses and temples and they burned everything. Many people had to practice in secret. Many Haitians went to the Catholic Church and in an effort to keep the Vodou traditions alive, the religion was blended together, which is why you see elements of both.” 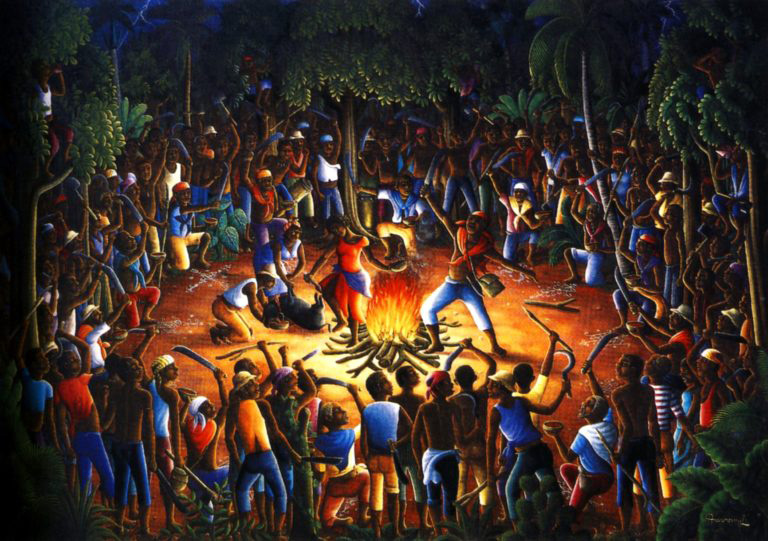 Today there are many misconceptions of Vodou ranging from devil worship to cannibalism. Even in Haiti there is still much controversy. Marie says this is changing as more people are becoming educated on the true meaning and practice of Vodou.

“Hollywood portrays Vodou as an evil thing, but it is anything but that. It’s a religion based on healing, helping and protecting. However, like any religion, there are certain groups that give it a bad name. There are people that practice it to gain control over others or inflict harm, and that is not what Vodou is about.”

There are many common threads in Vodou that are similar to other mainstream religions such as paganism. The word Vodou means “Spirit” or “God” in the Fon language of the African kingdom of Dahomey, which is now the country of Benin in West Africa. The community believes in a single God known as Bondye or Good God. There are also spirits and saints that are called upon to help with day-to-day affairs. Rituals that involve drumming, singing and dancing encourage communication with ancestors and loved ones that have passed on. Common practices involve herbalism, amulets, charms and divination.

Marie recalls how she became a Mambo in Haiti:

“I was chosen as a child when I was three years old. That’s when the dreams began. One day at about the age of seven, I was walking home from school and suddenly I couldn’t see. People thought I was joking but my vision was taken from me. I was terrified. My grandmother met with a family priest and it was from that consultation that they knew what was happening; it was Spirit. Days later, the community gathered in a dedication ceremony. The ritual was so powerful with dancing and singing, and Spirit was present left and right. All of a sudden, my vision was restored. It was through this ceremony that I was called to become a Mambo when I was old enough.”

“All my friends went to Catholic schools and I was a Protestant for many years. I lost many friends when I chose to practice Vodou. It wasn’t an easy choice, but I wanted to be a voice for Vodou and help other women in my community that are called into service. There are many people that practice Vodou secretly at home because they are afraid to come out into the open.” 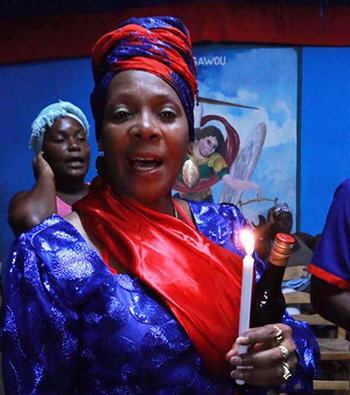 Marie moved to Massachusetts in 1990 and shortly thereafter began leading Vodou ceremonies. Since then, she’s been traveling back and forth between New England and Haiti every year. She opened a Vodou temple in 2005 in Mattapan, which serves a large community throughout the Northeast. She holds four big ceremonies annually and smaller ones as well. The last big ceremony, Fete Gede or “Festival of the Dead,” was held virtually on November 7th through Eventbrite. This is an important celebration that honors the Haitian ancestors. The official day falls on November 1st which aligns with Christianity’s All Saints Day.

Marie has spoken at many local colleges and universities for their Black Studies programs. She has lectured at Massachusetts Institute of Technology (MIT), Harvard University, Brown University, University of Vermont and University of Massachusetts. At these seminars, “The History of Vodou” is told through storytelling, music and dance.

For more information on Mambo Marie Maude Evans and her Haitian Vodou Temple in Mattapan, MA please visit www.sosyetenago.com or contact her at 617-840-9455 or email mmevans70@yahoo.com.  You can also follow her on Facebook @ManboMaude.

Kristen Bala is the founder of the Deep End, an online community that supports spiritual learning and well-being. She enjoys writing about her many passions including astrology and holistic healing. She resides in Harvard, Massachusetts with her husband Greg, three kids, and Frenchie Junebug. To learn more about her work at The Deep End, visit www.findyourdeepend.com or contact her at kristenbala@gmail.com.