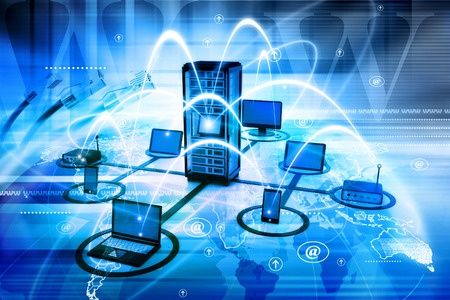 Massachusetts electricity consumers, who already pay some of the highest rates in the nation, could be digging deeper into their pockets in coming years to cover upgrades to the regional power grid.

Two of the state’s largest utilities are proposing new charges to offset long-term upgrades in the electric distribution and metering systems.

Eversource, which serves about 1.4 million electricity customers in Massachusetts, is asking state regulators to sign off on a five-year, $620 million plan to replace hundreds of thousands of outdated “smart meters” with newer devices.

The utility says about 740,000 of the meters are nearing the end of their 20-year lifespan, and replacing them with the same equipment would be a waste of money.

“If the company were to continue to deploy (existing) meters on its system, it would be locking itself and its customers into a 20-year life cycle of outdated technology that is inconsistent with customers’ expectations of the modern and evolving grid,” Jennifer Schilling, Eversource’s vice president of grid modernization, wrote in testimony to the state Department of Public Utilities.

Schilling said newer “advanced metering infrastructure” offers the “only replacement solution that can ensure that the company is able to manage its distribution system.”

“There are no alternatives to AMI — it is the only metering solution available to effectively manage and interact with the modern grid,” she wrote.

National Grid, which has about 1.3 million customers in Massachusetts, is proposing a four-year, $487 million plan for replacing about 900,000 “smart meters” it says will reach the end of their life span in coming years.

Smart meters collect real-time information either daily or hourly. Utilities now read the meters using radio signals that can be picked up by vehicles driving through a neighborhood.

Newer meter technology is wireless and records data hourly, if not more often.

Electric utilities are allowed to ask for rate hikes to offset the cost of grid modernization, but both companies say the substantial cost of the metering upgrades will require a separate tariff that will be “incrementally” tacked onto monthly bills.

The companies haven’t said how much consumers will pay. Rates are ultimately set by state regulators.

Under Eversource’s proposal, customers will be allowed to opt out of the new metering technology if they pay a $48 fee for installation of a new meter and a $34 monthly meter reading charge.

By the end of this year 4 in 5 U.S. households are expected to have meters that use remote-reading technology, according to the Edison Electric Institute, a trade group for utilities.

The planned upgrades face scrutiny from the state Department of Energy Resources and Attorney General Maura Healey’s office. A number of energy and environmental groups have also signaled interest in the proposals.

The DPU is holding a series of livestreamed hearings on the companies’ proposals over the next two weeks. [Ed: Citizens are encouraged to provide public comments to the committee. Find out how.]

Meanwhile, the plans face opposition from individuals and groups that advocate against the expansion of wireless technology in light of health and safety concerns.

Nina Anderson, president of the Scientific Alliance for Education, wrote to the DPU that “crucial questions about the health, safety and environmental impacts of smart grid and smart meter investments have not been adequately addressed.”

“No further investigations of how to spend the ratepayer’s money to modernize the grid should be held until the question is addressed, of whether or not the health and safety of all customers can be protected, without cost-shifting the burden to customers, and without discriminatory surcharges,” she wrote.

Christian M. Wade covers the Massachusetts Statehouse for North of Boston Media Group’s newspapers and websites. Email him at cwade@cnhinews.com.