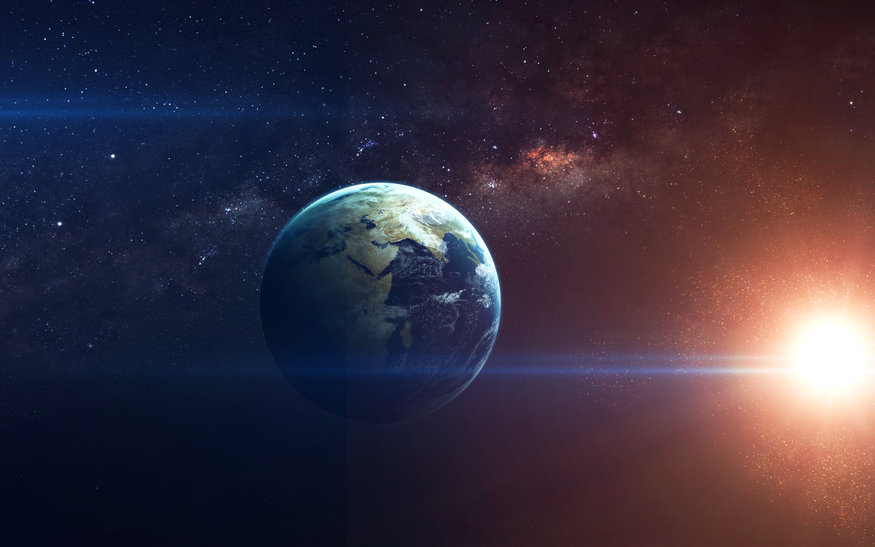 This month William Shatner became the oldest person to ever fly to space. Upon his return, some of the first words to leave his mouth were, “What you have given me is the most profound experience I can imagine,” he said before hugging Blue Origin founder Jeff Bezos.

The life-changing moment he encountered is known as the “Overview Effect.”  Astronaut Edgar Mitchell (Apollo 14) and founder of the Institute of Noetic Sciences, described the experience as “the awe-inspiring realization that our planet is merely a spaceship moving through the vastness of space.” As his spaceship traveled back from the moon amidst the vast darkness of the cosmos, Dr. Mitchell’s eyes became fixed on the blue sphere we call home. As he neared Earth, he was enveloped by a profound sense of universal connectedness. “We are one.”

The Overview Effect has only been experienced by astronauts and the lucky few, like Mr. Shatner, who have had the chance to travel past the Earth’s atmosphere.

The Institute of Noetic Sciences (IONS) offers a free VR recreation of the Overview Effect so you too can experience the amazement that William Shatner expressed upon his return to solid ground.

About The Institute For Noetic Sciences (IONS)

Dr. Mitchell’s transformative experience led him to establish the Institute of Noetic Sciences (IONS) in 1973. He understood that by applying the scientific rigor used in his explorations of outer space, we could better understand the mysteries of inner space — the space in which he felt an undeniable sense of interconnection and oneness. Our dear friend and founder, Dr. Edgar Mitchell passed away in February 2016.

Today IONS uses the power of science to explore our inner space, understanding that both objective knowledge and subjective knowing are necessary for a more complete understanding. The mission of the Institute of Noetic Sciences is to reveal the interconnected nature of reality through scientific exploration and personal discovery.

Claudia Welss is a citizen scientist and Board Chairman of the Institute of Noetic Sciences. Her collaboration with IONS began in the 90s when former IONS President Willis Harman invited her to join a five-year “Peace-building Through Business” inquiry at the Fetzer Institute. She’s on the boards of Space for Humanity (“To Space, For Earth”), HeartMath’s Global Coherence Initiative (GCI), and is founding Chair of the Invest in Yourself Working Group at NEXUS Global, bringing practical consciousness research to NextGen philanthropists, impact investors, social entrepreneurs, activists, and influencers focused on global transformation.