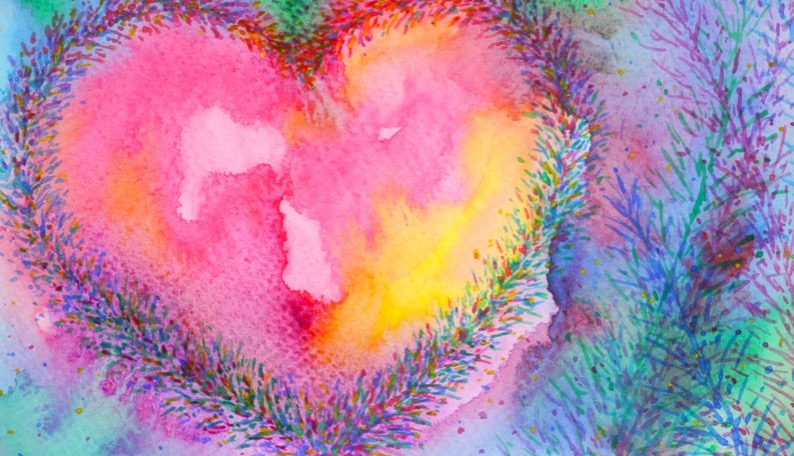 Mental illness was once, and to some extent still is, a taboo subject matter that most people feel uncomfortable talking about. However, because of the superfluity of media coverage and cinematic portrayals of people afflicted with mental illness, the topic has gone from private whispers behind closed doors to public dialogues.

However, the one issue that has not dissipated is the stigmatization of persons afflicted with mental disorders, particularly marginalized groups like the poor and the homeless.

“The word ‘stigma’ comes from the Greek word stizen, which means to tattoo or to brand,” writes S.R. Adhikari, a Kathmandu Medical College psychiatry department lecturer in Kathmandu University Medical Journal. He goes on to say that, “In ancient Greece, they branded…slaves or criminals so that others could identify them as less valued members of society.”

I can most definitely identify with the whole idea of being branded, and I’ll tell you why. For people from the Caribbean, the prevailing culture holds that admitting to having any type of mental disorder is extremely taboo. It is analogous to admitting one is afflicted with a severe weakness as a human being, but particularly as a man.

This notion of equating being mentally ill with being weak can cause families to hide and ignore signs of mental illness from their loved ones for years. Even if families recognize depression symptoms like oversleeping, overeating, undereating, under-sleeping, irritability and anxiety for months at a time — behaviors which can disrupt entire family structures — these signals are ignored.

Families may also often keep an afflicted family member from seeking help due to fear of consequences that a formal diagnosis might result in: the person might not be able to get into college, get a job, health insurance, etc. However, it is fear of ostracism from extended family, friends, nearby community and society in general that is the largest consequence by far.

In an article titled “Mental Health Myths and Facts” published by the U.S. Department of Health and Human Services, a plethora of factors are listed that add to the progression of mental health disorders. These can include life experiences (e.g. trauma or a history of abuse), genetic factors, and family history of mental disorders, among others. Nevertheless, these non-self-inflicted factors can still result in the stigmatization of the mental ill person.

Instinctive Judgments Against The Mentally Ill

Even I, as a person with lived experience in mental health recovery, find myself judging others based on their disclosure of having a mental illness. Once I learn of someone else’s mental incapacity, my reactive brain begins to immediately wonder about how crazy, dangerous or unpredictable that person’s behavior may be. It is something I constantly try to be mindful of in order to keep my own internalized feelings of shame and self-imposed stigma in check.

“Labeling theory proponents and the theory’s critics have different views on stigma and thus differ on the consequences of labeling for people with mental illnesses,” says Sarah Rosenfield of Rutgers University in an article in the American Sociological Review titled “Labeling Mental Illness: The Effects of Received Services and Perceived Stigma of Life Satisfaction.”

According to Rosenfeld, “Some labeling can result in individuals receiving needed services, which provides significant benefits for mental patients.” But because of stigmatization, official labeling through treatment may have negative consequences for many mental patients, such as being turned down for a job or being rejected by a potential intimate partner upon disclosure. In addition, once individuals are officially diagnosed or labeled, they may begin to think of their limitations and perceived disabilities, focusing on what they think they can’t do, rather than what they can do. They might start thinking that they may never fulfill life-long dreams.

As for myself, I was able to achieve success principally because of my family’s steadfast support. As I navigated in and out of hospital psychiatric wards, the fire that once burned bright in me began to die. I was ready to surrender to illness and live in utter discontentment under my mentally ill label and all that it encompasses. But my family repudiated the whole idea of me giving up, and they — through love, patience and understanding — encouraged me to keep going, to remember who I was, and not to surrender to the psychopathological label.

However, I am glaringly aware of the sad fact that not all people receive that kind of support. Many with mental illness, particularly the homeless, are abandoned or neglected by their families, and ultimately by society at large. Many have duel diagnoses in the form of mental illness and a substance abuse problem.

“One of the tragic consequences of stigma is the possibility that it engenders a significant loss of self-esteem — specifically that the stigma of mental illness leads to a substantial proportion of people who develop such illnesses to conclude that they are failures or that they have little to be proud of,” says Bruce G. Link, Ph.D. in “Stigma for the Self-Esteem of People with Mental Illnesses,” in Psychiatry Online.

This was the case — and still is to some extent — for me. I can’t disregard the fact that sometimes during depressive periods I feel less than those without a mental illness. Today, I am learning to differentiate between what’s real and what I perceive to be real. When I’m not in a depressive state, I don’t feel like a failure. I know that when I do feel like a failure, it’s my pathological mind telling me that I am, while my healthy mind tells me that I’m not.

Those afflicted with mental illness are not always easily identifiable based on aberrant behavior. Very famous people like Mariah Carey, Janet Jackson, Demi Lovato, Robin Williams and Roseanne Barr have publicly disclosed that they, too, are afflicted with mental illness, but you would not know it just by looking at them. According to a Duke University study, 49% percent of U.S. presidents suffered from mental illness and substance abuse, for example, Richard Nixon’s alcohol abuse, Calvin Coolidge’s hypochondria, Ulysses S. Grant and Thomas Jefferson’s social phobia. However, mental illness did not keep them from living fruitful lives filled with joy, dignity and accomplishment. Hence why should it impair you or me for that matter?

The next time you encounter a mentally ill person, will your assessment of them will be based on their perceived disabilities stemming from stereotypes or stigma, or their actual abilities, accomplishments and capacity to live a fulfilling and dignified life in spite of their mental illnesses? The choice is yours.

Self-Help Mental Illness Resources For Yourself And Others

Excerpted with permission from Chain Letter To America: The One Thing You Can Do To End Racism: A Collection of Essays, Fiction and Poetry Celebrating Multiculturalism by Jacques Fleury.

Jacques Fleury is a Haitian-American poet, educator and author. His book Sparks in the Dark: A Lighter Shade of Blue, A Poetic Memoir about life in Haiti and America was featured in the Boston Globe. Visit his site at http://www.authorsden.com/jacquesfleury.

Also see:
How To Tell Your Employer About Your Mental Illness
Is This Typical Teenage Behavior Or A Warning Sign Of Mental Illness?