At an experimental site in Petersham, scientists are seeing poison ivy grow faster in warmed-up soil. 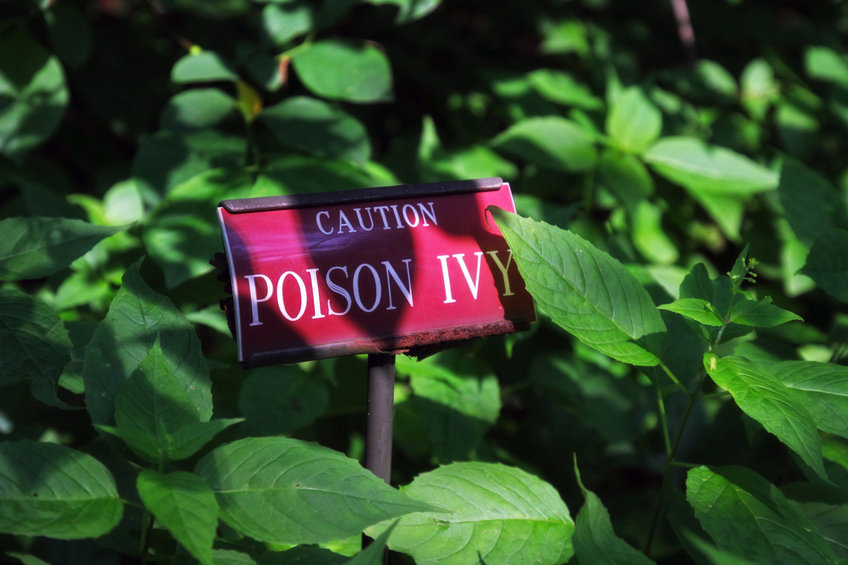 Ecologist Jacqueline Mohan was in her room one night at the King Phillip Motel in Phillipston after a long week of field research when she got a tickling, creeping sensation.

It wasn’t the telltale itch of a urushiol rash, but something interesting in her data: the poison ivy plants she was monitoring at an experimental site at the Harvard Forest were growing faster — potentially bad news for the 80 percent of humans (gardeners, hikers and landscapers especially) susceptible to the plant’s noxious effects.

“It grew faster on an annual basis and it kept it up long-term,” Mohan, a professor at the University of Georgia’s Odum School of Ecology, said this week.

Mohan is somewhat of a poison ivy celebrity, or perhaps doomsayer. She was the lead author on a 2006 study about how increased atmospheric carbon dioxide (CO2) supercharges poison ivy. It turns out poison ivy can use CO2 to make more urushiol, the oil that causes itchy blisters. That means rising CO2 may create “bigger, stronger, itchier” poison ivy, as one headline put it.

Mohan’s research underscores an uncomfortable truth: Human activity is invigorating a plant that only afflicts humans (and some other primates). The plant also thrives in areas where humans live, or have lived. You’ll find it in empty lots, along roadsides and in areas that have been disturbed by human activity.

Mohan’s research into how soil temperature affects poison ivy began in the early 2000s in a section of the 3,000-acre Harvard Forest in Petersham outfitted with special electrical cables that warm sections of soil by about 5 degrees Celsius. That soil temperature rise tracks with projections about how much Earth’s temperature may increase in the future. The planet’s temperature has already risen about 2 degrees Celsius since the Industrial Revolution, according to the National Oceanic and Atmospheric Administration.

“From this study, we expect to determine whether or not warming results in the movement of nitrogen from the soil to the trees and to learn how this movement affects the net carbon balance of the ecosystem,” a description of the experiment says.

The heating cables were turned on in 2003, and the study is still going on, but Mohan has so far discovered that the warmer soil allowed poison ivy to grow about 150 percent faster — quicker than other plants she’s been monitoring. Mohan hasn’t published her findings yet, but hopes to within the next year.

Just because it’s getting stronger doesn’t mean we can start eradicating the plant. Poison ivy, part of the toxicodendron family, is a native plant in New England that has a role in the ecosystem. An array of animals from deer to muskrats and birds use the plant as a food source. It also provides shelter for insects and reptiles.

Mohan has experienced her share of rashes — so many that she’s developed an allergy to mangoes because they also contain urushiol. She finds covering the bumps in vitamin E oil helps, so does being prepared. You can prevent a urushiol rash by washing with soap and water, and isopropyl alcohol may neutralize the oil if applied quickly after contact.

Mohan doesn’t have any ideas about changes in the environment that might harm poison ivy — possibly drought, or if somehow New England turned into a Death Valley-type desert. More likely, the poison ivy is going to win, she thinks.

“My general rule of thumb is anything that can grow like a weed, it’ll probably respond in a positive way to any change,” she said. “Give it a little extra sun or fertilizer, it might well just take off better.”