Poison Or Cure? Traditional Chinese Medicine Shows That Context Can Make All The Difference 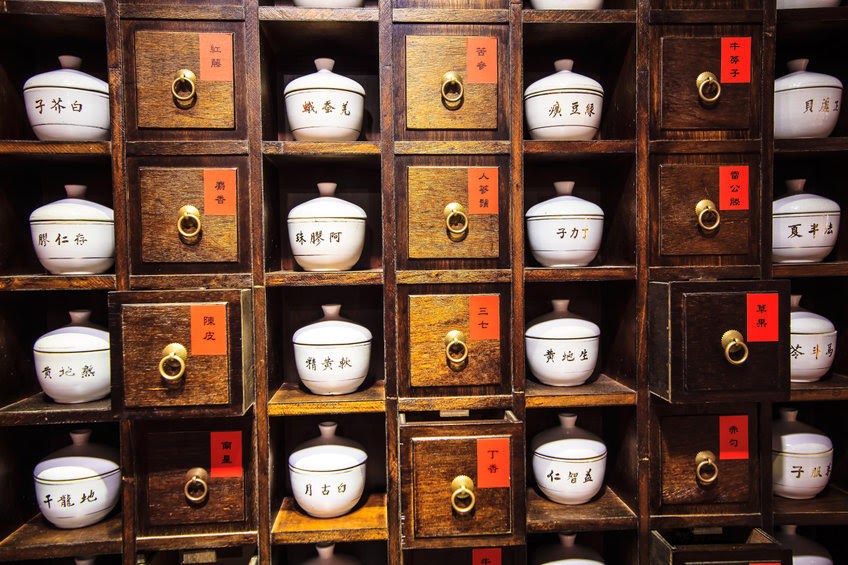 Poisons today typically evoke notions of harm and danger – the opposite of medicines for healing. Yet traditional Chinese medicine, which has been in practice for over two millennia, used a large number of poisons to treat a variety of illnesses. Chinese doctors knew that what makes a drug therapeutic isn’t just its active ingredient – it depends on how you use it.

But this blurred boundary between poison and medicine is not unique to traditional Chinese medicine. Chemotherapy uses toxic drugs to treat cancer. And the U.S. opioid epidemic offers a sobering reminder of how a class of FDA-approved medicines used to treat chronic pain became lethal poisons through improper administration. Conversely, certain psychedelics deemed illegal today have ignited new interest in the medical community as potential treatments for anxiety, addiction and depression.

I am a medical historian who examined the therapeutic use of poisons in Chinese medicine in my recent book. Based on my research, I believe that Chinese doctors in the past recognized the healing capacity of poisons while being fully aware of their potential to kill. Understanding this practice compels modern biomedicine to reconsider how “medicine” is defined today.

What Is An Active Ingredient?

The debate on the safety and efficacy of traditional Chinese medicine often centers on the active ingredient of a drug. The U.S. Food and Drug Administration defines an active ingredient as “any component that provides pharmacological activity or other direct effect in the diagnosis, cure, mitigation, treatment, or prevention of disease, or to affect the structure or any function of the body of man or animals.”

In other words, the active ingredient is a specific chemical considered to make up the essence of a drug. Because it carries the responsibility of curing a target disease, it’s used as the gold standard to evaluate the utility of a drug in modern pharmaceutics.

Despite these success stories, reducing a medicine to a single molecule is rather limited. This reductionist approach ignores the context in which a drug is used, which plays a crucial role in its end effects. To appreciate this perspective, it is necessary to go back in history to see how poisons were understood and used in premodern China.

The Chinese word for poison is “du” (毒). Unlike its negative meaning today, ancient texts written 2,000 years ago used the word to denote potency, or the ability to both harm and heal. There was no categorical distinction between poisons and nonpoisons in traditional Chinese medicine – they acted in a continuum defined by level of potency.

The dual potential of poisons laid the foundation for their use in medicine. Chinese doctors strategically deployed potent poisons to cure everything from blood clots to abdominal pain to epidemic diseases. For example, aconite (“fuzi” 附子), a highly poisonous herb grown in southwest China, was one of the most often prescribed medicines in the medieval era. Mercury was another poison used regularly in both medicine and alchemy to eliminate worms and prolong life. Overall, poisons consistently made up about 20% of the drugs in the ever-expanding Chinese pharmacopeia throughout the imperial era, speaking to their crucial role in healing.

One way Chinese doctors used poisons for healing was through the principle of using poison to attack poison (“yi du gong du” 以毒攻毒). In their eyes, these powerful substances could target and eliminate specific disease entities like worms inside the body. They believed the strong sensations induced by poisons marked a process of purifying the body of its harmful burdens.

The Context In Which A Drug Is Used Matters

Chinese doctors in the past were not looking for an active ingredient that defined the usefulness of any given substance. Rather, they considered the effect of each drug highly malleable. No better example illustrates this way of thinking than the medical use of poisons.

Doctors in China were keenly aware of how the effect of a poison varied greatly depending on how it was prepared and administered. Accordingly, they developed a variety of methods – such as dosage control, mixing with other ingredients and other drug processing techniques – to mitigate a poison’s potency but still preserve its efficacy.

Chinese doctors were also aware that poisons worked differently from person to person. The same drug could have different effects depending on the patient’s gender, age, setting, emotional status and lifestyle. For example, eminent 7th-century physician Sun Simiao (孫思邈) offered remedies specific to women and the elderly.

Using a poison outside of its prescription often proved deadly. For instance, Five-Stone Powder, or “Wushi San” (五石散), a psychedelic drug that contains arsenic, was one of the most popular medicines in medieval China. Despite medical recommendation that it be used only as a last resort to treat emergencies, many at the time regularly consumed it to invigorate their bodies and illuminate their minds. Unsurprisingly, this misuse led to numerous deaths. Going beyond its restricted usage, a poison could easily kill.

Beyond The Active Ingredient

The paradox of healing with poisons in traditional Chinese medicine reveals a key message: There is no essential, absolute or unchanging core that characterizes a medicine. Instead, the effect of any given drug is always relational – it is contingent on how the drug is used, how it interacts with a particular body and its intended effects.

Medicines are fluid substances that defy stable categorization. Looking beyond the biomedical standard of the active ingredient could help doctors and researchers pay more attention to the context of how medicines are used. This will allow for a more nuanced understanding of healing.

Ultimately, there is more to a medicine than its active ingredient. Poisons in traditional Chinese medicine, I hope, teach a compelling lesson.

Yan Liu is an expert on the history of medicine in China. His research focuses on the material culture of medicine, the history of the body and the senses, religious healing, and the exchange of medical knowledge in a global context.