Many of us have already decided that things will be different in 2018. We’ll eat better, get more exercise, save more money or finally get around to decluttering those closets.

But by the time February rolls around, most of us – perhaps as many as 80 percent of the Americans who make New Year’s resolutions – will have already given up.

Why does our self-control falter, so often leaving us to revert to our old ways? The answer to this question has consequences beyond our waistlines and bank balances.

Psychologists and economists have traditionally fallen into two seemingly contradictory camps about how self-control works. But recent research conducted by my colleagues and me suggests the two sides of self-control might both be at play in each of us.

Self-Control: A Battery Or A Snowball?

A well-known series of experiments conducted at Stanford University in the 1960s and ’70s asked children to choose between getting one marshmallow right away or waiting a few minutes and getting two marshmallows. Researchers found that the children who waited patiently, able to resist eating that first marshmallow even when no one else was around, tended to do better throughout life in terms of SAT scores and educational attainment, employment, health and other major measures of success.

For those kids, self-control – not how intelligent, wealthy or educated their families were, or any other identified factor – was the main driver of their later success. In other words, the ability to delay gratification helps in virtually all aspects of life.

But researchers have had trouble nailing down where self-control comes from and how it works. For decades, studies of self-control in short-term decision-making have led to two clear, but seemingly contradictory, results. 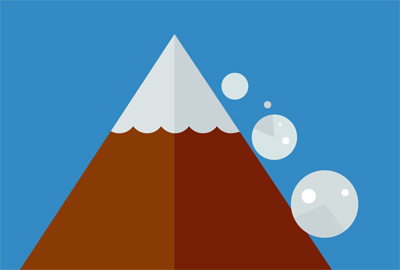 One model suggested that self-control is a finite resource that can get used up if you lean on it too heavily, like a battery that loses its charge over time. Someone who resists the urge to eat a doughnut for breakfast, for example, might give in to the temptation of a cookie later in the afternoon. Each little demonstration of self-control throughout the day ends up exhausting the limited reserves.

The alternative model suggested that exercising self-control can help you build up the skill. Not eating the doughnut might increase your motivation and confidence to stick with a healthy diet – like a snowball that gets bigger as it builds momentum rolling downhill.

So is self-control something you run out of when it’s overtaxed? Or is it something that you get better at the more you “practice”? The debate continued as different research groups investigated the question in various ways – and came up with contradictory evidence for which model best explains the inner workings of self-control.

Part of the problem has been how hard it is to conduct behavioral research. Traditional methods assume that test subjects fully understand the questions they’re asked and give honest answers. Unfortunately, researchers had no practical way of knowing whether this was the case, or whether they actually measured what they intended to.

But here at the nation’s largest biometrics lab, my Texas A&M colleagues and I figured out a new way to investigate the question that didn’t rely on just what volunteers report to us.

We designed a two-part experiment. First, we asked subjects to focus on a red bull’s-eye at the bottom of a computer screen for either six or 30 minutes. This task requires volunteers to exert self-control – it’s tempting to look away from the boring, unchanging bull’s-eye to the animated video playing elsewhere on the screen.

Then subjects participated in a second laboratory task meant to measure impulsive buying: They could conserve a real US$5 cash endowment or purchase several household items on-site they hadn’t been looking to obtain. The task is analogous to going to the store and buying products that aren’t on your list. The idea is that self-control helps individuals reign in these impulse purchases.

Our innovation was that we did not have to assume people fully complied with the video-watching task – we were actually able to measure it via their physiological responses. By tracking eye movements, we could quantify very precisely when participants stuck to staring at the bull’s-eye – that is, when their self-control was keeping them on task. We also measured facial expression and brain activity for a clearer understanding of what was going on with each subject.

Basically, we found that both sides of the self-control debate were right. 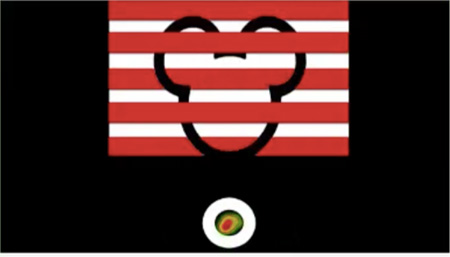 For a while, most people could focus on the boring bull’s-eye. But they’d hit a fatigue point. After that, if subjects hung in there and still stuck with the task, they ended up exhausting their self-control “battery.” We could see this by looking at how many impulse buys they made in the second half of the study. If they’d pushed past the fatigue threshold in the previous task, they showed less self-control and ended up making more impulsive purchases. This pattern was shown in both what they “bought” in our experiment and also in the brain: The prefrontal cortex showed patterns indicative of impulse-buying behavior.

On the other hand, subjects who eased off once they’d reached the fatigue threshold had a different experience. They remained in the “snowball” stage of self-control – they practiced the skill a bit, but didn’t overdo it to the point of exhaustion. In the next task, their brains didn’t exhibit the typical impulse-buying activity patterns. Exercising self-control on the bull’s-eye task, but not overdoing it, led to more self-control in our second task. These subjects did better at controlling impulse purchases than the other group of subjects who didn’t have the initial bull’s-eye-watching session that turned out to rev up self-control.

Our study suggests that self-control has the qualities of both snowball and battery: Exhibiting self-control once makes it easier to do so again a short time later, but overdoing it initially makes us more likely to give up altogether.

How To Make It Past February 1

Our new understanding of self-control provides lessons for sticking with those New Year’s resolutions.

First, remember that slow and steady is best. If you want to get fit, start by walking around the block, not running five miles. Achieve enough to stay motivated, but don’t overdo it to the point of frustration. Don’t burn out your self-control battery.

Second, remember that small acts of self-control build over time. Instead of drastically cutting all carbs or sugar out of your diet, consider giving up just one piece of bread or one can of soda per day. Over time, consuming fewer calories per day will result in gradual weight loss.

And finally, realize that little acts of self-control in one area will improve your self-control in other areas. Getting traction with a healthier diet, for example, will increase your confidence and motivation to achieve another goal. As the self-control snowball gains some momentum, you’ll get better and better at sticking to your objectives.

A more apt metaphor for our new understanding of self control is that it’s like a muscle. You can overdo it and exhaust it if you overexert yourself beyond your capabilities. But with consistent training it can get stronger and stronger.

Dr. Marco Palma is Associate Professor in the Department of Agricultural Economics at Texas A&M University. His areas of interest are consumer economics, food choices, experimental and behavioral economics and neuroeconomics. Dr Palma is the director of the Human Behavior Laboratory, a transdisciplinary facility that integrates state of the art technology to measure biometric and neurophysiological responses of human decision making. The HBL aims to facilitate the integration of neurophysiological responses to traditional methods of studying human behavior in the social sciences.

See also:
Automatic Brain: The Magic Of The Unconscious Mind
Can’t Keep Your New Year’s Resolutions – Try Being Kind To Yourself