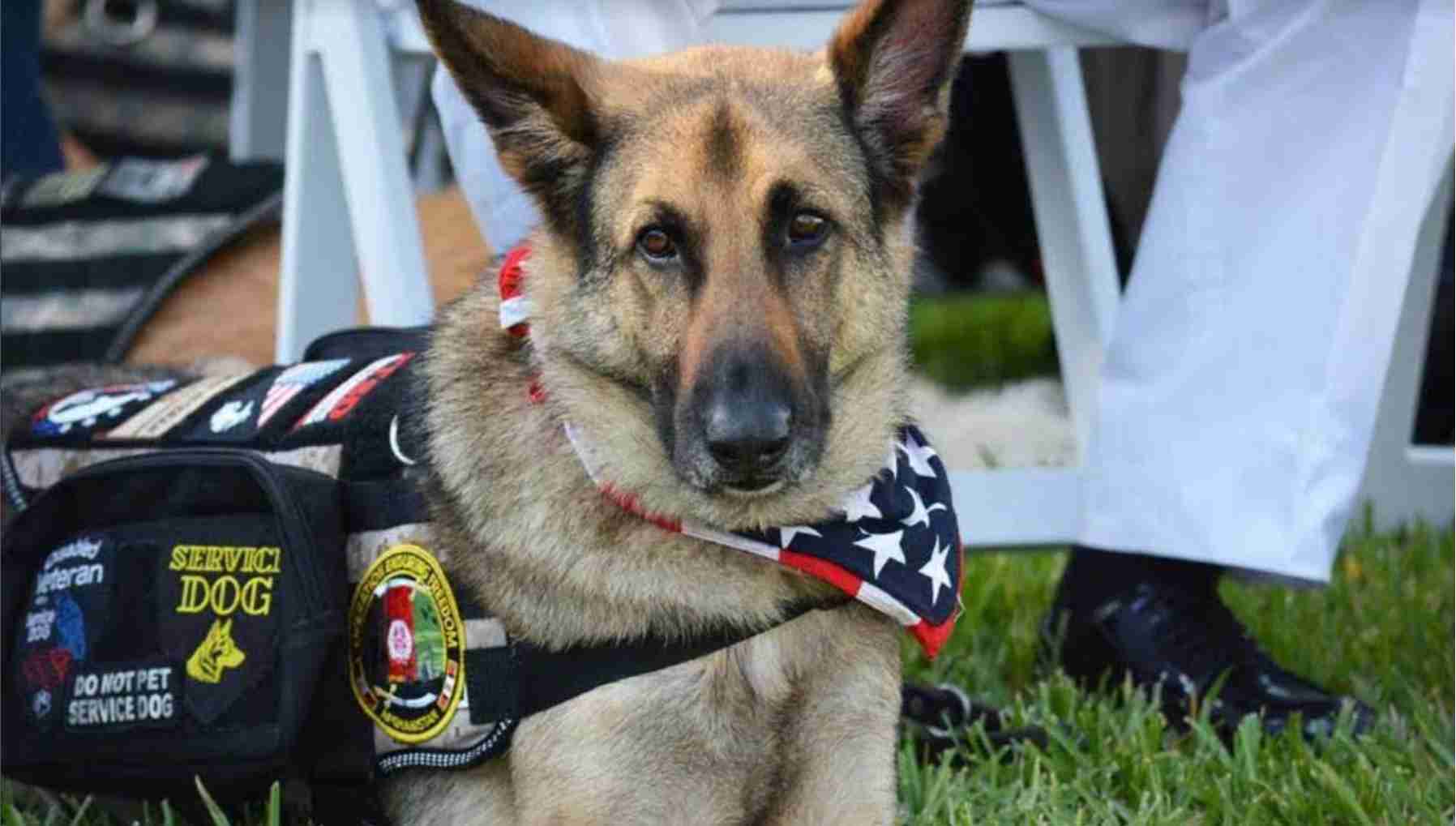 As many as 1 in 5 of the roughly 2.7 million Americans deployed to Iraq and Afghanistan since 2001 are experiencing post-traumatic stress disorder.

PTSD, a mental health problem that some people develop after experiencing or witnessing a life-threatening traumatic event, is a complex condition and can be hard to treat. Our lab is studying whether service dogs can help these military veterans, who may also have depression and anxiety – and run an elevated risk of death by suicide – in addition to having PTSD.

We’ve been finding that once veterans with post-traumatic stress disorder get service dogs, they tend to feel less depressed and less anxious and miss work less frequently.

Complementing other forms of treatment

The traditional treatments for PTSD, such as talk therapy and medication, do work for many veterans. But these approaches do not alleviate the symptoms for all veterans, so a growing number of them are seeking additional help from PTSD service dogs.

For our PTSD research, we partner with K9s For Warriors and Canine Companions for Independence, two of many nonprofits that train service dogs to work with veterans with PTSD.

There is no single breed that can help people this way. These dogs can be anything from purebred Labrador retrievers to shelter mixes.

Unlike emotional support dogs or therapy dogs, service dogs must be trained to do specific tasks – in this case, helping alleviate PTSD symptoms. In keeping with the Americans with Disabilities Act, service dogs are allowed in public places where other dogs are not.

For example, a dog may “cover” a veteran at a supermarket, allowing its owner to calmly turn to take something off the shelf, because veterans with PTSD can get startled if they don’t know if someone is approaching and benefit if their dogs signal that this is happening. If a veteran starts to have a panic attack, a service dog can nudge its owner to “alert” and interrupt the anxiety. At that point, the veteran can focus on petting the dog to re-center on the present – ideally preventing or minimizing the panic attack.

Aside from the tasks that their dogs are trained to do, veterans also shared that the love and companionship they get from simply being with their dogs is helping make their PTSD easier to manage.

Once veterans got service dogs, they described themselves in surveys as more satisfied with their lives, said they felt a greater sense of well-being and deemed themselves as having better relationships with friends and loved ones.

We have also measured levels of cortisol, commonly called the “stress hormone,” in veterans with service dogs. We found they had patterns closer to adults without PTSD. 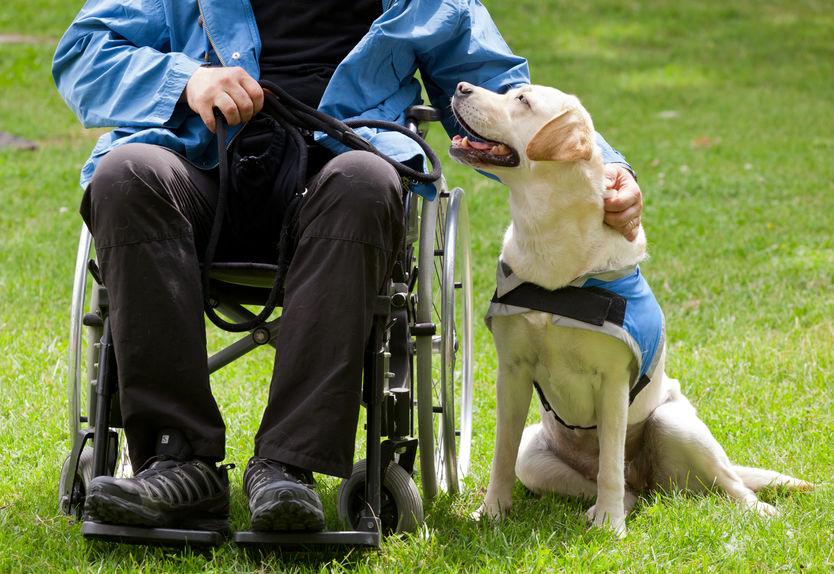 Labrador guide dog and his disabled owner on green grass.

Not all veterans are willing or able to benefit from having their own service dogs.

Being accompanied by dogs in public can draw attention to the veterans. Some veterans appreciate this attention and the way it encourages them to get out of their shell, while others dread having to avoid well-meaning, dog-loving strangers. We’ve found that veterans do not expect this challenge, but often experience it.

Service dogs can also make it harder to travel, since bringing a dog along can require more planning and effort, especially because many people don’t understand the legal rights of people with service dogs and may ask inappropriate questions or create barriers that they aren’t legally allowed to do. Many experts believe educating the public about service dogs could alleviate these challenges.

What’s more, feeding, walking, grooming and otherwise taking care of a dog also entails additional responsibilities, including making sure they see a veterinarian from time to time.

There can also be a new sense of stigma that goes along with making a disability that might otherwise be hidden readily apparent. Someone who has PTSD might not stick out until they get a service dog that is always present.

Most veterans say it’s worth it because the benefits tend to outweigh the challenges, especially when appropriate expectations are set. Clinicians can play a role in helping veterans realize in advance what caring for the animal entails, to make the intervention positive for both the veterans and the dogs.

As our research proceeds, we are trying to see how the effects of a service dog last over time, how the service dogs affect veterans’ families and how we can support the partnership between veterans and their service dogs.