Spiritual, But Not Religious 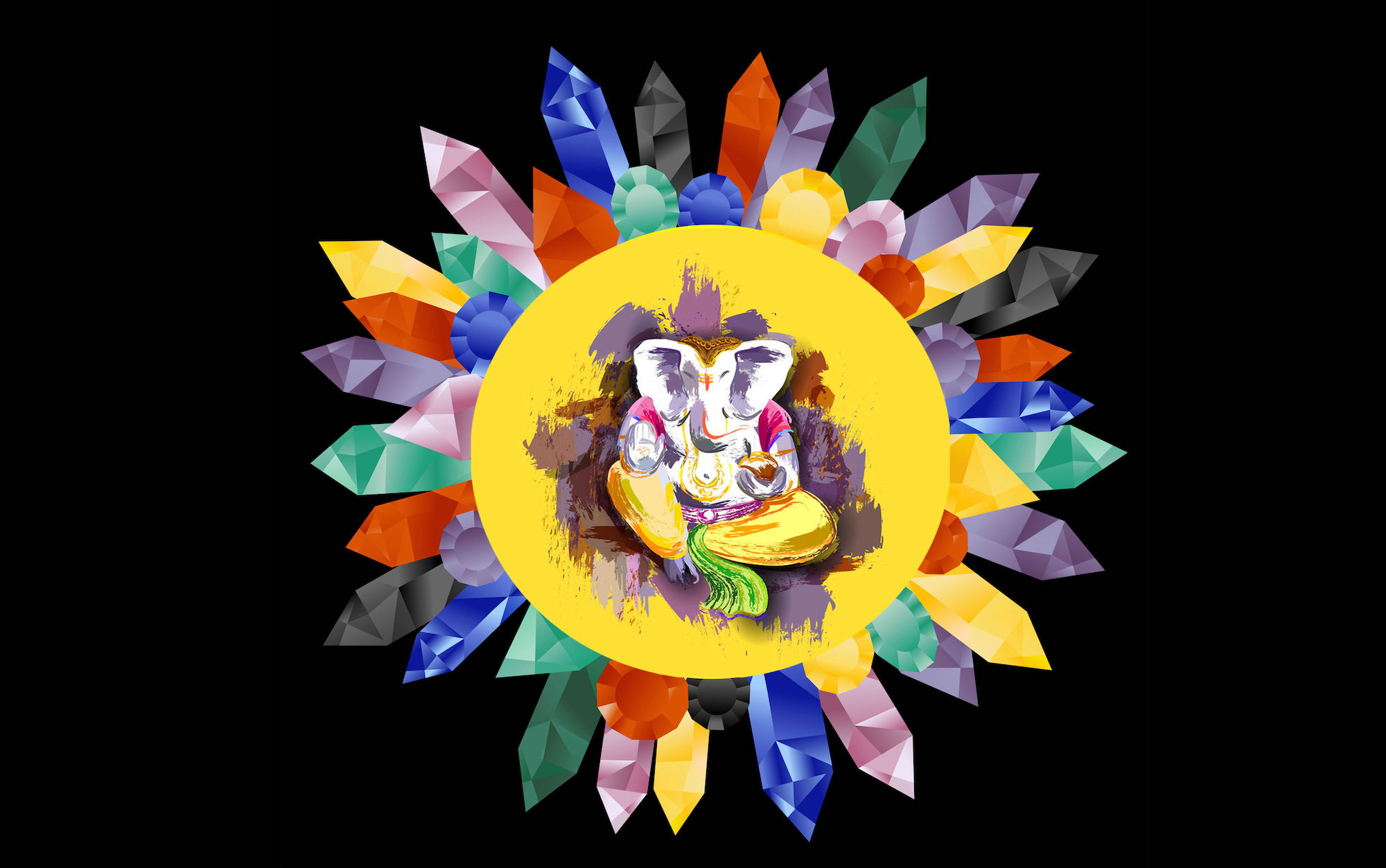 I grew up in a small, Bible-belt town in rural north Florida, which meant my upbringing consisted of going to church regularly and being involved in all the activities my youth group had to offer. I was at church every time the doors were open. And, frankly, that was the norm for a town like that. Meeting someone who didn’t go to church or didn’t believe in the Christian God was rare.  No one at my church doubted what was said by the pastors and no one questioned what the Bible said either. Christianity was the religion most people were raised to follow, the one that their parents had been raised on, and their parents before them, and so on. In a place like that it was taboo to be curious about the way another religion believed, and even worse to consider converting to something different.

As a high-school student, my school offered dual-enrollment classes. I signed up for a course titled “World Religions,” and was excited to learn about different systems of beliefs and to gain an academic understanding of other religions. But, as I said, I am from a small, Bible-belt town. The class itself was taught by one of the local Baptist preachers, not a scholar of world religions at all, and the subject matter of the particular course lilted more toward a study of the history of Christianity.

I Admitted I Did Not Believe In Absolute Truth

I remember one day the professor asked the class, “Does anyone here not believe in ‘Absolute Truth’?” Absolute truth is the assertion that something is true all the time, regardless of the circumstances. When applied to religion, it means that you believe there is only one “capital-T-True” religion. I was the only student that raised her hand that day.

This has come to represent a major turning point in my life. In fact, after school, I went home and did the most important thing you can do as a high-school student in the late aughts: I changed my Religious Views on Facebook from “Christian” to “Relative.” This should tell you just how serious I was.

Now, I don’t tell this story to introduce myself as too-cool-for-Sunday-school or to be sardonic. I personally hate when non-religious people position themselves as somehow superior to people who are religious. I tell this story simply to contextualize my current spiritual journey and to illustrate that it began organically, unselfconsciously.

Even as a teenager, the relative approach to religion appealed to me more than any absolutist approach. Back then, I used to say to my more dogmatic and willing-to-proselytize friends, “Ancient Egyptians worshipped cats as hard as you worship God. What makes you right and them wrong?” That was a salient point to me (even if I found out later that ancient Egyptians didn’t actually worship cats).

Your Spirituality Is Just As Nebulous As Mine

I knew I could never bring myself to say to someone that I knew what they believed was wrong because I knew what I believed was right. Maybe I was just bad at religion. Or maybe I was on to something. In any case, I felt myself breaking with organized religion in favor of a more unique, personal, spiritual journey.

What I didn’t know was that I wasn’t alone. According to a study by the Pew Research Center, the number of Americans who identify as “spiritual, but not religious” is on the rise and now accounts for nearly 20% of the population. Because of its subjective nature, “spiritual” is, of course, a nebulous term. People imbue many activities and experiences with spiritual significance, and this makes it difficult, maybe even impossible, to codify or define spirituality.

Dr. Maya Spencer loosely defines spirituality as “the recognition of a sense or feeling or belief that there is something greater than [yourself], something more to being human than sensory experience, and that the great whole of which we are a part is cosmic or divine in nature.”

I believe this nebulousness, which distinguishes spirituality from the rigidity of organized religions, is a great strength, as it is far more palatable to a far greater number of spiritual seekers. To me, Dr. Spencer’s definition could mean anything; it could mean that the very journey to find what you believe in could be considered a spiritual experience, and that whatever you find along the way is part of that spirituality too. This is deeply profound to me.

I don’t know why being a member of the Christian church stopped working for me. I can speculate that it only ever worked because I wasn’t questioning it, and when I did start questioning it, I wasn’t able to find the answers I needed. It could have been that in going to a university and moving to a new town, I felt like I grew out of step with the community and no longer had a common ground with the congregation. It could have been that my boyfriend at the time (we’re married now) was a vocal atheist, and I was tired of the scorn I felt I received from my peers at the church about his different beliefs. It could have been any of these things or something else; whatever it was eventually lead to me not going to church at all anymore.

The Apologetics Index terms “salad-bar spirituality” as the practice of picking and choosing only certain aspects from different religions and cobbling them together to form your own belief system. This eclectic approach allows a person to customize their religious experience, accepting any practice (or parts of a practice) that feeds them spiritually. In my opinion, those of us who say we are “spiritual, but not religious” or who are trying to navigate which spiritual path to take, follow this approach. The growing popularity of meditation and yoga, both of which originated with Eastern religions, is evidence of this trend. We, as a society, have chosen these aspects of the religions and have incorporated these practices into our individual lives without necessarily adhering to the religion from which they came.

But Is Salad-Bar Spirituality Sustainable?

Some would argue this approach, also called eclecticism, is not sustainable. Bhikkhu Bodhi, a Theravada Buddhist monk, suggests that there are two main flaws with it. The first is the inability of this approach to fully encapsulate the depth and power of the traditions it draws upon. The second is that different teachings from different religions are sometimes incompatible and could lead the practitioner into deeper confusion.

While I respect Bhikkhu Bodhi’s opinion on this matter, I disagree that eclecticism is flawed. I firmly believe that different people have different spiritual needs, and by trying different practices and studying different beliefs, the individual has full control over discovering their own personal understanding of the world around them. The spiritual journey is unique to the individual, and as such, the individual can and should decide when their belief system is no longer sustaining them.

Inspired by a friend of mine, and also by The Practical Witch’s Spell Book, I have put together in my home a personal altar. According to the book, in Wiccan practice the altar is a place for you to assemble symbolic items on which to focus your attention and intention during ritual work. It’s the central place from which you derive spiritual energy. I am not a practicing Wiccan, but this is such a resonant concept for me, this place in which to ground my spiritual self.

A Collection Of High Vibration

My altar hosts a bronze statue of Ganesha, a hand-crafted sculpture of the resting Buddha (painted tie-dye and adorned with flowers and rainbow quartz), a lapis-lazuli crystal tower, an acorn from my favorite park in New York, a cauldron with half-burned bundles of sage and palo santo, a smattering of other crystals I’ve accumulated from local metaphysical stores, a vial of peppermint oil, and a necklace with stones representing each of the seven chakras. I set up my altar next to the basket where my husband and I store our car keys, so that I’m able to look at the items and ground myself before I leave home every day. This seemingly random collection of high-vibration items is my strongest connection to my spiritual self. It represents so many different facets of what I have come to associate with my eclectic spirituality, and it further inspires me to keep searching for meaning, strength, and understanding.

It is fitting that the first piece I put on my altar was the statue of Ganesha, which was a Christmas gift from my husband. According to Encyclopedia Brittanica, Ganesha is a Hindu god, the son of Shiva the Destroyer, understood to be the “remover of obstacles.” The statue reminds me daily that I have the power to remove my own obstacles. In my spiritual journey, I am still discovering and overcoming the ideas that haven’t worked for me so far. I am also inspired to keep that same energy in the mundane tasks of my daily life. Ganesha has become a beacon for me, even though I don’t ascribe to the Hindu religion.

I do not call myself a Christian at this point, but I still have respect for the faith and for those that choose to follow it. I don’t feel bitterly toward the church, nor do I think religious people are stupid or misguided. That the institution didn’t work for me does not mean I believe it can’t work for someone else, and if I’m being honest, I see my difficulty with some of the tenets or community of the Christianity in which I was raised as having propelled me forth on my spiritual journey in search of the thing(s) that do work for me, and I am incredibly grateful for that. Some of that tradition has even remained with me on my journey. I still carry a love of gospel music, and I’ve definitely turned to prayer in times of intense, personal struggle.

I believe if something helps you make sense of the world and brings you peace regarding your place in it, you should hold on to that thing. I won’t say that I have my spirituality figured out. In fact, I accept that I may never fully figure it out. I may never call myself a true member of any religion ever again. Maybe for me, the spiritual journey will be a scavenger hunt, rather than a salad-bar. But I trust that, and I’m eager to see where it leads me.

Jamie Washburn is an English student who enjoys writing, crafting, and discovering new things about herself. She’s never far from a piece of lapis lazuli. She lives with her husband and their three cats. She can be reached at jamieallyn25@gmail.com.