One of the main challenges of running a power grid is that supply and demand have to be in balance at all times. This means that electricity has to be consumed when it is generated. This makes it harder to integrate sources of energy over which you don’t have control, such as wind and solar power. What if there’s a high demand for electricity but the wind isn’t blowing and the sun isn’t shining? What if it’s a sunny and windy day and supply far exceeds demand?

That’s the problem that having more energy storage connected to the power grid could solve.

As the graph shows, peak renewable production and peak demand are not always at the same time; with storage, you can stockpile energy when it is available, and use it when you need it. With enough storage, we could go 100% renewables, and as long as on average we produce as much power as we use (with a margin of safety for unexpected problems), we’d be fine. Storage basically smooths out the supply-demand curve, like magic. 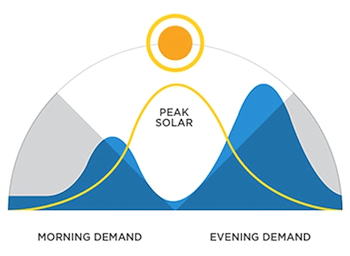 Tesla publicly launched a new division last night, Tesla Energy, and unveiled the Tesla Powerwall storage system for homes and businesses. It’s a sci-fi looking 220-pound flat battery pack that hangs on a wall, as you can see on the image at the top of this article. It looks like something you’d see on a spaceship and fits well with the overall Tesla design aesthetic (Superchargers, Model S, home chargers, etc).

It does three main things: First, it can store solar energy if you have solar panels, second, it can store energy from the grid off-peak when power is cheapest (in places where utilities have time-of-use dynamic pricing) and release it when power is most expensive, saving you money and smoothing out the demand peak, which is good for the grid overall. Finally, it can act as a backup power source if there’s a power failure.

For home use, there are two models. A 7kWh one for $3,000, and a 10kWh version for $3,500. These prices don’t include installation, which will be done by certified installers (probably including Tesla partner SolarCity), but they also don’t include any incentives. Some utilities or states might want to give rebates and incentives to encourage people to buy storage because of the positive effect that it can have on the power grid as a whole.

Here are the detailed specs: 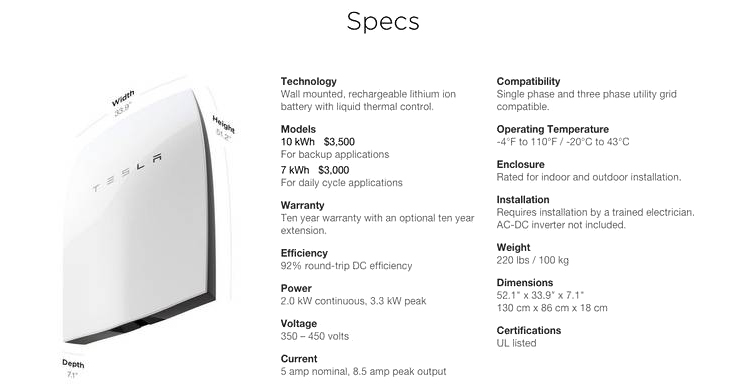 As you can see above, the Powerwall units come with a 10-year warranty, which can be extended by a further 10 years. That should definitely help those who worry about new technology being unreliable sleep easier. The 92% efficient is also nice to see, and Musk revealed that the Powerwall units would be connected the internet, partly so owners can access management software and stats, and partly so they can be linked into micro-grids.

You can group batteries, and they even come with a space to fill in the gap between them, hiding the interconnection and making everything look nicer, like something you’d see on on Star Trek.

If you’re wondering how much electricity different appliances in your house require to operate, Tesla has provided a handy graph that gives you an idea:

As Lloyd said, they should “sell it with a clothesline, if you get the dryer off the system it could run the house.”

If you want one, Tesla says that deliveries will begin this summer. You can reserve a unit here. 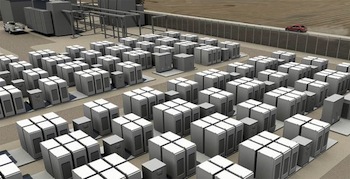 Each of those boxes contains a rack full of battery modules. If you want more together, you just add more boxes until you have the desired amount. It’s a bit like giant power-storing legos. Commercial units will start at 100kWh, and scale up to potentially multi-gigawatt-hour installations. Wow!

As production ramps up, Tesla will no doubt use a significant portion of its battery Gigafactory, and maybe even build more of them. Note that the Gigafactory itself will be powered by renewable energy.

At the press event where Tesla unveiled the Powerwall, it was revealed that the whole thing was powered by Tesla batteries.

You can see a video of the introduction here:

Tesla also tweeted a few interesting facts before the event: 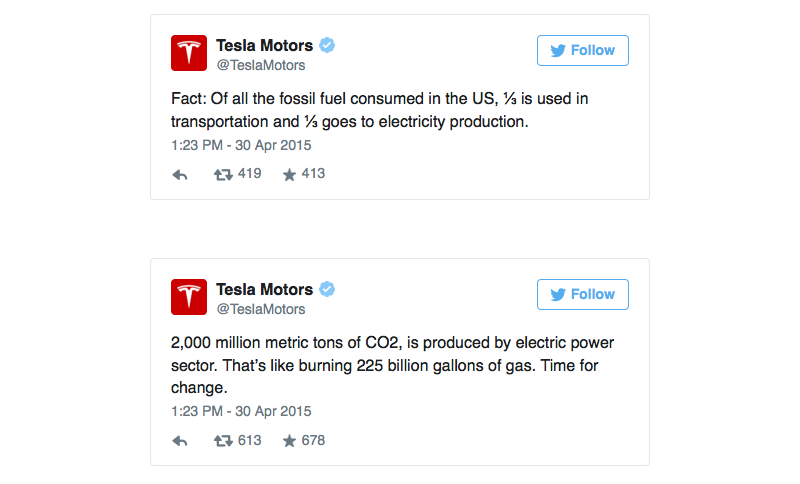 Finally, a last interesting note: Tesla’s strategy of opening up its patents to anyone who wants them has been extended to the Gigafactory and this battery technology.