The Reincarnation Of Mathew Franklin Whittier 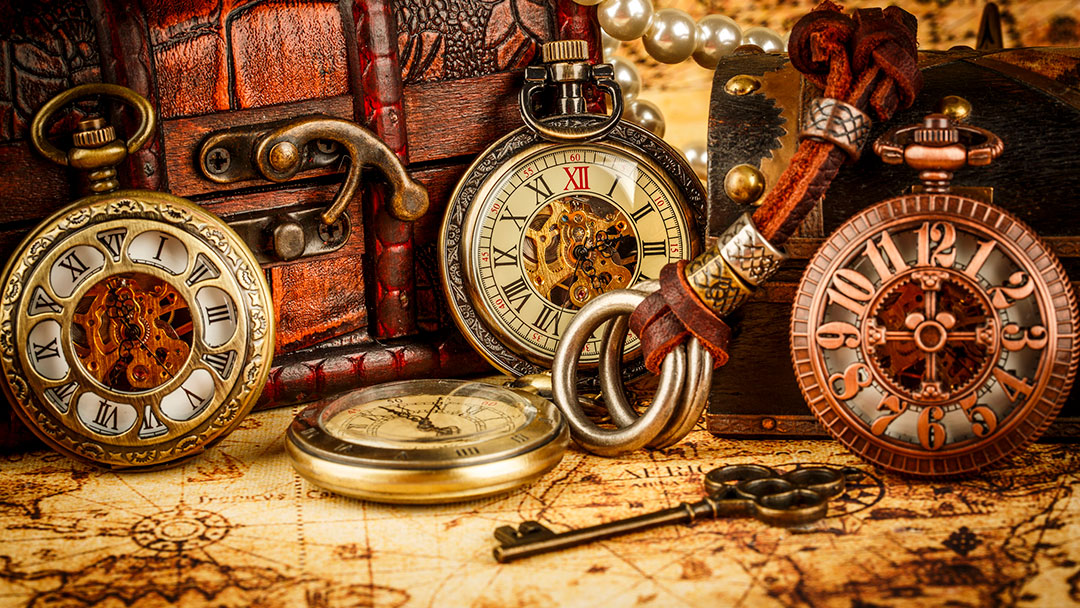 A picnic in the country, in Westbrook! Matt and Abby had the whole day to themselves, and they were in high good humor as they drove the borrowed one-horse rig up Brighton Avenue away from their rented home in Portland, Maine. But looming ahead lay the one obstacle barring their way—the Hill! The first time they had ever approached it, Abby felt quite nervous, and ever since then Matt teased her about it to ease the mood, exaggerating its size. They braced themselves, as they laughed, preparing to jump out so as to lighten the load for Sunflower, the aging horse. It was just a little tricky, even though they were moving so slowly, because one didn’t want to slip and be pinned under the wheels. Abby held her breath in anticipation…

And that was all I remembered, on my morning walk, as I approached the same hill on my morning walk, some 180 years later. It’s all I ever remember (and even this account is embellished a little for the telling). That’s what past-life flashbacks are like, at least for me—just a vignette, with all the feelings, all the impressions, for a split second. It never changes, and I can never stretch it out. It might be somewhat more full and intense the first time, but although it fades, the details remain the same at each exposure.

I moved to Portland, Maine from North Myrtle Beach, South Carolina in February of 2018, after nine years of intensely studying an identified past life as Mathew Franklin Whittier, the obscure younger brother of poet John Greenleaf Whittier. It is Mathew who is being addressed in the famous poem, “Snow-Bound”:

Ah, brother! only I and thou
Are left of all that circle now,–
The dear home faces whereupon
That fitful firelight paled and shone.

By the time I came to Portland, I had already gleaned a great deal of information about this little-known author, including that he was very different from the way he is portrayed in the Whittier lore. He is only supposed to have authored one series, an anti-slavery satire about a backwoods Yankee named “Ethan Spike,” from the fictional town of “Hornby” in Oxford County. That, and some verses which had not been retained. He is portrayed as the black sheep of the Whittier family, who abandoned Quakerism, drank to excess, behaved erratically, moved and changed jobs frequently, and periodically required his older brother to rescue him. One would think that he took his first marriage, to the attractive daughter of the “Countess’s” cousin, Joseph Poyen, rather casually, remarrying a year after her untimely death “because the Whittier brothers were attractive to women.” His youthful portrait, which hangs in the Whittier home in Amesbury, Mass., looks as though he is intelligent but very judgmental—as though he doesn’t like you very much. But the Whittier rebel does appeal to some—a photograph from the Whittier Home Association’s Spring 2003 newsletter, depicting their yearly reenactment of “Snow-Bound,” features a mischievous-looking young fellow with longish hair playing Mathew’s part, who seems to be rather enjoying his role!

I investigated this proposed past-life case as rigorously as I could, being that I was an unfunded  researcher not affiliated with academia. I triangulated using four methods: psychic mediums, past-life hypnotic regression, spontaneous past-life impressions (especially, when confronting with a particular artifact from Mathew’s life), and scholastic research (using both the internet, and historical libraries). My results yielded a completely different view of Mathew Franklin Whittier.

It so happened that Mathew had been a very prolific writer, publishing from 1825, when he was only 12 years old, until at least 1875—in a career spanning half a decade. I eventually uncovered, and confirmed as Mathew’s work, over 2,300 published works in newspapers and magazines, plus some 15 novels and novelettes. He had written in many different genres, but he had pioneered the one represented by “Ethan Spike,” when he was only 12—faux letters to the editor, written phonetically in Yankee dialect, being full of deliberate misspellings which hid double meanings and malapropisms.

Following the trail of clues, “Ethan Spike” led me to the Portland “Transcript,” the Boston “Weekly Museum,” and the Boston “Chronotype.” Once I obtained access (or, in some cases, was able to purchase) yearly volumes of those papers, I began discovering more work written by Mathew, published under other pseudonyms. One thing led to another, until I was practically swamped with Mathew’s work, as I tried to put together a consistent picture based on all the clues embedded therein.

The very first time I had glanced at four or five samples of “Ethan Spike,” which were appended to Mathew’s only full-length biography, a 1941 student thesis by Lloyd W. Griffin of the University of Maine, Orono, I had a strong impression: “Oh, Mathew used to embed deeply personal information, in code, into these seemingly innocuous stories.”

And so he had. I was eventually able to extract a detailed, intimate autobiography from hundreds of different stories—especially concerning his courtship and marriage to Abby Poyen, his first wife and true love. Mathew’s feelings towards Abby were not casual, at all—he was, rather, extremely private about it. And he didn’t remarry for the reasons assumed by Griffin. This second marriage was pressed upon him by his mother, who—if my feelings are accurate—“guilted” him into it, and perhaps even tricked him into. It is known that Mrs. Whittier was attending séances with Mary Esther Carter during this period of the early 1840’s. All I can see is that she reported to Mathew that Abby had come through (whether that really happened or not), and had said that she wanted him to marry this woman.

As it turns out, Jane Vaughan was absolutely the worst possible match for Mathew. I think her “job” was to keep Mathew in line, which Mrs. Whittier wanted, as I believe, for the sake of the family’s reputation, more than for Mathew’s own benefit. It was a deep betrayal; and Mathew’s brother betrayed him, as well. This is what I felt from the very beginning of the study, and the more information I uncovered, the more I understood it.

Here is a list of some of the main points on which the official Whittier legacy, and my research, disagree where Mathew Franklin Whittier are concerned:

1) Mathew’s literary legacy is vastly larger than what he is given credit for.

2) Although Mathew was denied a higher education, he resolved to educate himself. Mathew was tutored by his future wife, who was four years his junior but a child prodigy who had had an upper-class private tutored education. She passed what she had learned on to him, and because she, herself, was brilliant, he probably got a better liberal education from Abby than he would have gotten at a major university.

3) Abby developed a secret crush on Mathew as early as age 14, during this tutoring process; Mathew fell in love with her late in 1831, when she was 15 and he was 19. By February of 1832, he declared his love to her by publishing this poem in the New York “Constellation,” which paper he was editing under the editor-in-chief, Asa Greene.

4) As a young man, Mathew was not an abolitionist, because he feared that slave insurrections would result in the slaughter of innocent persons on both sides. Instead, he supported the solution of colonization. But Abby appears to have radicalized him, and by the time they married, they were both working for the abolitionist cause.

5) Mathew published almost all of his work anonymously. He would use pseudonyms the way we use computer passwords—perhaps hundreds of them over the course of his career. But because some of his work was so good, unscrupulous writers would plagiarize him; or, when his work came to the attention of the public, and nobody stepped forward to claim it, rumor would point to the wrong person—and that person would “humbly” accept it. Some of his works were never attributed during his lifetime, but in subsequent years scholars mistakenly attributed it to this or that author. Several careers were made by falsely claiming Mathew’s work; and a few of these authors became famous thereby.

The following assertions required two very long books to substantiate;(1) one couldn’t even begin to scratch the surface here. However, all of these attributions are very carefully researched, with strong evidence provided for every one of them. Famous works that were actually written by Mathew Franklin Whittier include: “A Christmas Carol,” universally attributed to Charles Dickens (co-authored with Abby); four poems published by the future Elizabeth Barrett Browning, being “Lady Geraldine’s Courtship,” “The Lost Bower,” “A Child Asleep,” and “Cyprus Wine”; “The Raven,” as well as “Annabel Lee,” assumed by scholars to have been written by Edgar Allan Poe; and the articles in “The Dial” signed “F.,” as well as the star-signed articles in the New York “Tribune,” which scholar believe to have been written by Margaret Fuller. 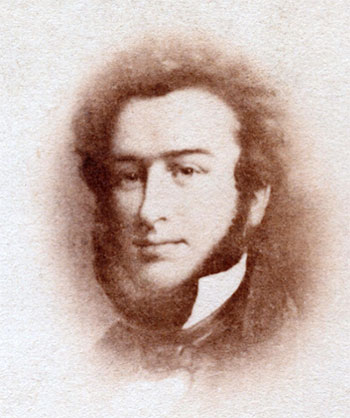 The above list only touches on some of the highlights of Mathew’s life, which flatly contradict the picture of him presented in the official Whittier lore. And speaking of pictures, one of my most interesting discoveries was a photograph of Mathew when he was probably in his early 30’s. It compares very closely to the oil painting of him at roughly the same age, which hangs in the Whittier home in Amesbury, Mass.

Meanwhile, I have taken a new body—I am back here in Portland, Maine—but everyone is gone. Many of the bodies of people I knew are only a couple miles away, at Evergreen Cemetery—Jane, Ally and Charles; Abby’s oldest sister, Elizabeth, and her daughter, Susan Maria; my friend, the city benefactor Nathaniel Deering, who liked to publish his own imitations of my “Hornby” series; my editor-friends, Charles P. Ilsley and  Edward Elwell; and others. Almost all the buildings I knew are gone, and there are only two or three structures left standing that Abby would recognize from 1840.

And yet—when I was face-to-face with the First Parish Church downtown, I knew it; when I stood a little ways off from the Portland Head Light, I distinctly remembered standing there with Abby (and then standing in the same spot, grieving, after she was gone); I remembered Mathew poking fun at the Portland Observatory (which I later found that he did); and I remember that hill, just a few blocks from my apartment.

If the Republicans are beaten I shall probably be compelled to leave Portland. I have an offer to go to Indiana–where I think I can do better than here. But I would prefer staying here if I can get employment and live with base comfort and peace.

Putting aside politics (Republicans were the liberals, and Lincoln was running), I feel the same way, today. I love New England, and Portland in particular, and would prefer to live here—even though so much has changed.