This Little-Known Principle Has Harmed Millions Of People. What Are We Doing To Change It?

The Kehoe paradigm assumes a lack of risk unless proven otherwise. Here’s why that’s a problem, and how people are working to find a better way. 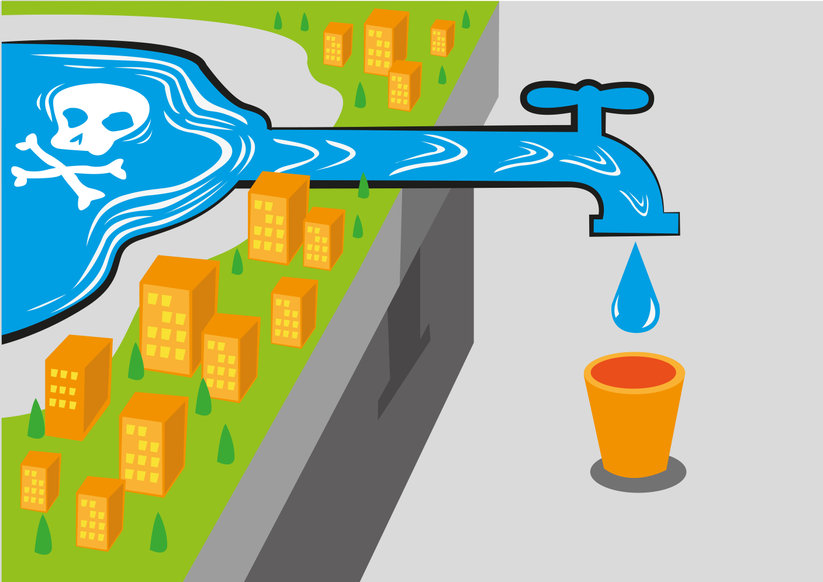 Writer Leah F. Gerber and Ensia are the original sources of this article.

Sandy Wynn-Stelt and her husband, Joel Stelt, hated the water in their country home on House Street in the Belmont area of Kent County, Michigan. Boiling it to make coffee was especially bad. “You would get this gross film on top,” Wynn-Stelt remembers. They didn’t think much of it though. “We just assumed this was part of the joy of country living,” she says. Then, in early 2016, Stelt went to the hospital for a hernia repair and came out with a diagnosis of stage four liver cancer. Three weeks later he passed away.

A year later, Sara Simmonds, Environmental Health Division director and chief sanitarian at the Kent County Health Department, was staying late at work. Outside her office, she overheard a phone call about approving a well permit in the Belmont area. She knew nothing of Wynn-Stelt’s circumstances, but she had recently heard a Michigan Department of Environmental Quality (DEQ) manager mention that a community group, Concerned Citizens for Responsible Remediation, was concerned about possible PFAS contamination on House Street, which borders a large open area that shoe manufacturer Wolverine World Wide had used as a dumpsite between the 1940s and the 1960s.

PFAS is short for per- and polyfluoroalkyl substances. These chemicals have been used for decades in countless products, including food wrappers, cookware, Scotchgard and firefighting foam. They do not readily break down, but instead build up in the body and environment. And they’re linked to all sorts of health concerns, such as increased risk of high cholesterol, hormone and immune system disruption, and certain kinds of cancer. 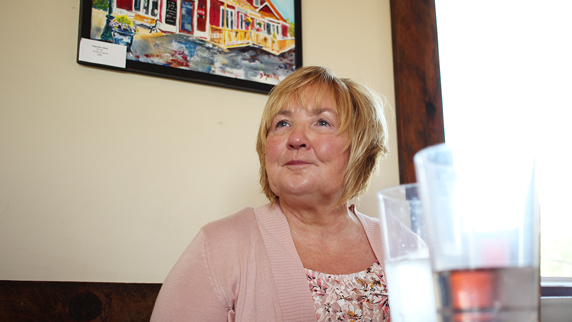 Simmonds says her “inner alarm system went off.” She blocked the permit approval until the DEQ tested wells in the area for PFAS.

Not long after, Simmonds sat with Wynn-Stelt at her dining room table. Also present were representatives from the DEQ and GZA, an environmental management company representing Wolverine. Everyone listened while Simmonds explained a page of water testing results to Wynn-Stelt.

The lab had found PFAS in Wynn-Stelt’s well water at concentrations of 27,600 parts per trillion (ppt), and then later when retested, at 37,800 ppt — 540 times the EPA’s 70 ppt recommended maximum.

Wynn-Stelt was a victim of an approach to assessing risk known as the Kehoe paradigm that formed the foundation of the U.S. Toxic Substances Control Act (TSCA) when it was passed in 1976.

Named after toxicologist Robert Kehoe, who applied it in the 1920s to justify adding lead to gasoline, the paradigm essentially posits that something is considered innocent until proven guilty of harm. Kehoe drew attention to the uncertainty of danger from leaded gasoline and insisted that proof of harm be demonstrated before companies be required to stop using lead in their product. The paradigm as embodied in the original TSCA essentially allowed Wolverine to dispose of PFAS in what would become Wynn-Stelt’s neighborhood, and to allow it to persist there, because no one had proven that it was a problem.

That same principle can be seen at work in numerous cases throughout U.S. history, including tobacco, asbestos — and, perhaps most notably in recent memory, the case of a city only a couple hours’ drive east of Kent County: Flint, Michigan.

“I had to use the blood of our children for people to finally pay attention to what was happening,” Hanna-Attisha says. “It’s backwards.”

With lives at risk, what is being done to shift away from the paradigm in the U.S.?

One such move came in 2016, when Congress passed the Frank R. Lautenberg Chemical Safety for the 21st Century Act, the first update to TSCA since it was created. The law dramatically increases the U.S. Environmental Protection Agency’s (EPA’s) authority to protect public safety. Most notably, the agency no longer needs to prove risk of harm in order to ask for a scientific study of a chemical. The law also tasks the EPA with evaluating previously unchecked chemicals.

Although some have characterized the EPA’s  response to the new law as foot dragging, efforts are underway to make sure it carries out the intent of the Lautenberg Chemical Safety Act.

Green chemistry and sustainable molecular design are now cutting-edge concepts, with EPA and industry awards for innovation in creating new green products or finding alternatives that replace or reduce toxics. The University of Massachusetts’ Toxic Use Reduction Institute is helping industry, small businesses, community organizations and governments adopt alternatives to toxic chemicals. Companies across the world voluntarily disclose environmental and social impact information with institutions like CERES and the Global Reporting Initiative, and green chemistry research, curricula and programming can be found in major colleges and universities in 26 states and many countries around the world.

Citizens are stepping up too — including Wynn-Stelt. She still drinks only bottled water in her home. These days she spends time meeting with politicians, sitting on advocacy boards, holding press conferences, participating in speaker panels and helping other communities who find themselves contaminated with PFAS. Most recently she was in Lansing, the capital of Michigan, to raise her voice about vetoing the recently passed “No Stricter than Federal Law” House Bill that lowered all state chemical safety regulations to those set by the EPA in order to better facilitate business activity.

“You can’t assume the government’s job is to protect you from everything,” says Wynn-Stelt. “I have always paid attention to politics and all that, but I have to be honest, I probably didn’t pay as much attention as I should have.”

Leah Gerber has always been pretty nosy. Sometimes she still has trouble distinguishing between being curious and being rude. She loves exploring the land’s nooks and crannies, especially on a bicycle. She is the Grand River Watershed Reporter for the Waterloo Region Record.

We are under the influence of another powerful Full Moon alignment. Tonight’s Sturgeon Moon in visionary Aquarius is conjunct Saturn, at odds with the fiery Leo Sun and also testing Mars, Uranus and the Lunar...

END_OF_DOCUMENT_TOKEN_TO_BE_REPLACED

Rhythms of Our Lives