This piece was originally featured on Survival International’s website.

From the suspension of mining concessions in Colombia to the Dongria Kondh’s unanimous rejection of a bauxite mine in India, to Vanity Fair’s coverage of the Earth’s most threatened tribe, there were reasons for tribal peoples to celebrate in 2013.

“This selection of a few successes for tribal peoples in 2013 is typical of so much of our work,” said Survival International’s director Stephen Corry in a recent press release. “It is slow, unglamorous, and often invisible work. But more than 40 years of working with tribal peoples have proven it is the most meaningful and effective means for long-term change.”

Here are fourteen photos that put Survival International’s work from 2013 in focus.

Photo above courtesy of Survival International. All rights reserved.

Survival International’s campaign to stop “human safaris” in India’s Andaman Islands gained an important victory, after the country’s Supreme Court banned tourists from traveling along the road which cuts through the Jarawa reserve. By March 2013, however, the Supreme Court had reversed this interim order; Survival has continued to campaign for the road to be closed.

2. February: A suspension of mining concessions in Colombia 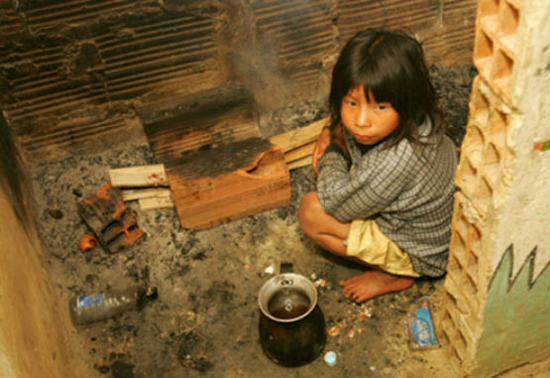 3. March: The Ogiek tribal people of Kenya win back their land 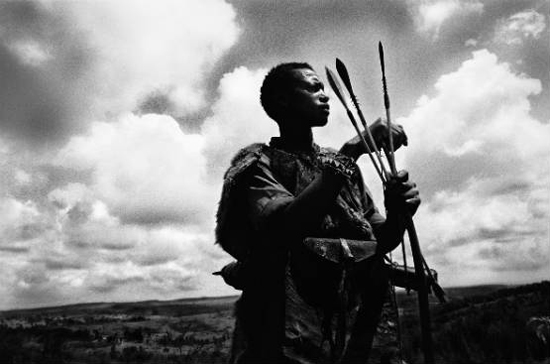 The African Court on Human and Peoples’ Rights ruled in March that the government of Kenya must not evict the Ogiek tribe from their land in the Mau Forest. 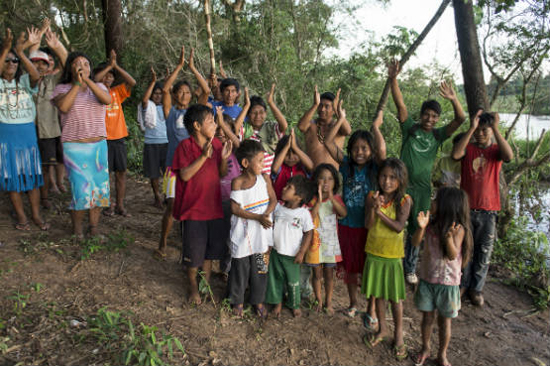 A Guarani community in Brazil celebrated after the government recognized their land as indigenous, and for their exclusive use. The 170 members of Pyelito Kuê/ M’barakay community, who live on an “island” of land between a river and a soya plantation, can now stay on part of their ancestral land until the formal demarcation process is complete.

5. May: Travel companies joined in a boycott to end “human safaris” 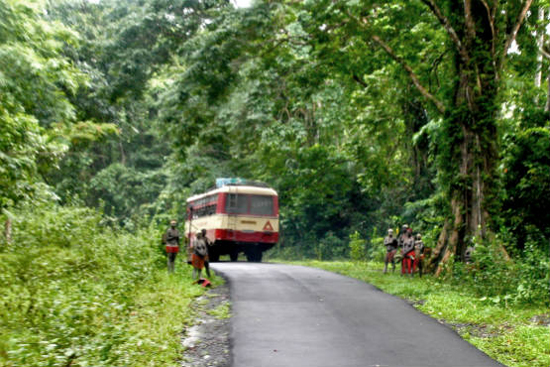 Just weeks after Survival International launched a tourism boycott of India’s Andaman Islands to stop the degrading “human safaris” to the Jarawa tribe, travel companies joined the boycott and over 6,000 people pledged not to visit the islands until the tours were stopped, following worldwide media coverage.

6. May: Brazil returns land to the Yanomami 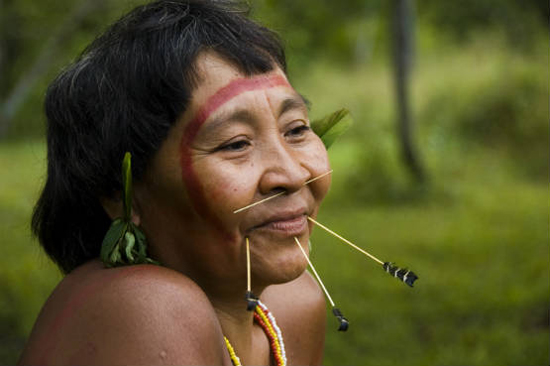 The Brazilian authorities began an operation to remove 11 illegal ranches from the Yanomami territory in Brazil, in order to return the land to the Indians. At least three of the ranches, in the region of Ajarani, were closed. Survival International has supported the Yanomami for decades; the Yanomami Park was created in 1992 following years of campaigning by organizations including Davi Kopenawa Yanomami, Survival International, and the Pro Yanomami Commission. 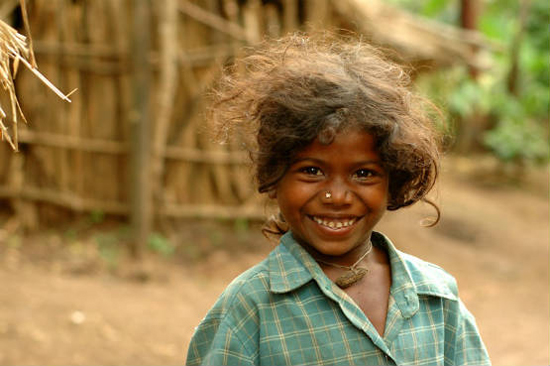 The Soliga tribe won an important victory in court after its entire stock of honey was seized by forestry officials. The confiscation of honey was in direct violation of the 2006 Indian Forest Rights Act, which recognizes the rights of India’s tribal peoples, such as the Soliga, to live in and from their forests, and protect and manage their land.

Tribal peoples like the Soliga have been living with and protecting the wildlife in their forests for countless generations, and despite severe constraints from forestry officials they have remained determined to manage, harvest, and protect their forests sustainably for current and future generations. 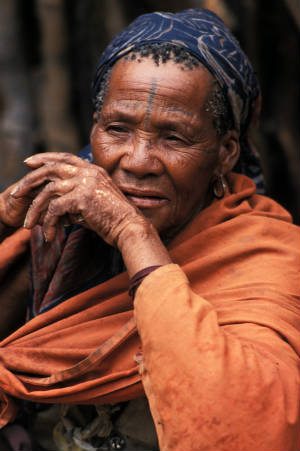 In June, dozens of Botswana Bushmen threatened with eviction, reportedly because they live in an area proposed as a “wildlife corridor,” won a significant court victory in their struggle to stay on their land.

After the wildlife corridor between the Central Kalahari Game Reserve and the Kgalagadi Transfrontier Park was proposed, the local and national authorities pressurized the Ranyane Bushmen to leave. In a new hearing, the court ruled that no government officials could enter the Bushmen’s compounds without their consent; that their water borehole could not be dismantled without warning; and that the Bushmen’s lawyers must be notified before any further attempt is made to resettle them. 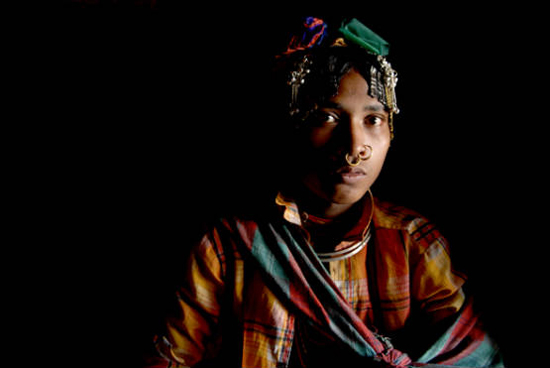 A groundbreaking new campaign was launched in India to challenge the deep-seated notion that tribal peoples are “backwards” and “primitive.” Such attitudes are often used to justify the theft of their land and attempts to force them to change their ways of life.

By November 2013, the message of the “Proud Not Primitive” campaign was being heard in India. The Hindu, one of the world’s largest English-language newspapers, pledged to no longer use the term “primitive” when referring to tribal peoples; an important success for the campaign.

10. August: The Dongria Kondh tribe votes against mine construction 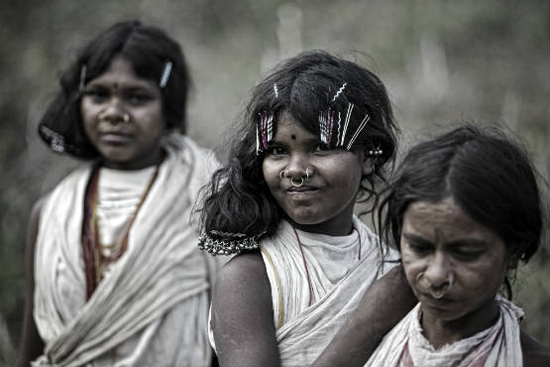 India’s Dongria Kondh tribe overwhelmingly rejected plans by the British mining giant Vedanta Resources, for an open-pit bauxite mine in their sacred Niyamgiri Hills. Twelve Dongria villages voted unanimously against the mine during consultations ordered by India’s Supreme Court in April 2013, on the basis that their religious, cultural, and social rights would be jeopardized if mining were to go ahead. 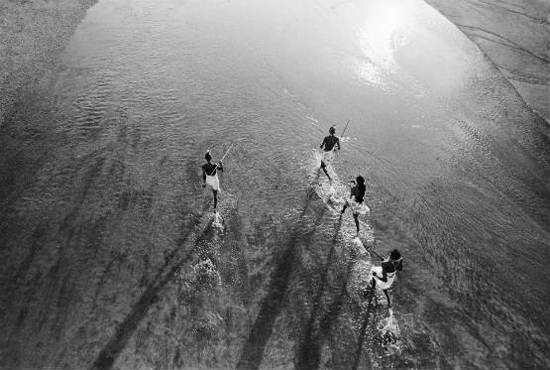 Maasai people in Tanzania celebrated after the country’s Prime Minister said he would scrap a plan to take 1,500 square miles from them in the name of conservation. The region of Loliondo will instead remain with the Maasai, who the Prime Minister said had taken “good care of the area” since “time immemorial.” 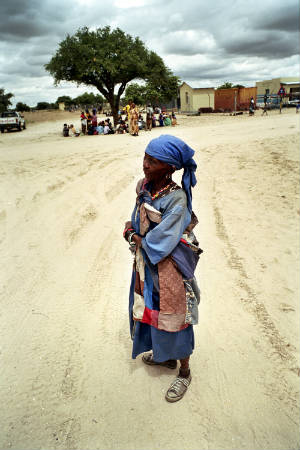 Only weeks after Survival International called for a boycott of tourism to Botswana, three travel companies suspended their tours to the country and several others expressed concern about the Botswana government’s continued persecution of the Bushmen.

While Botswana’s government is using glossy images of the Bushmen to promote trips to the country, it is simultaneously driving the tribe from their ancestral land by preventing them from hunting.

13. November: Vanity Fair and The Sunday Times draw attention to the plight of the Awá 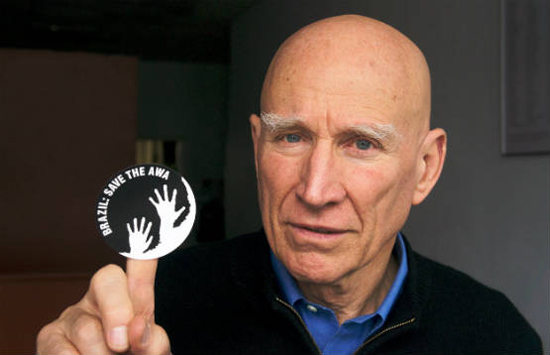 The plight of the Awá, Earth’s most threatened tribe, reached millions of people worldwide in November and December when the tribe’s story was featured in Vanity Fair and the Sunday Times. Both spreads were illustrated with images by world-renowned photographer Sebastião Salgado.

The Sunday Times Magazine’s piece was published on November 24, highlighting the Awá’s plight—described by a Brazilian judge as “genocide”—and Survival International’s global campaign urging Brazil’s Justice Minister to protect the Awá’s land before they are pushed to extinction.

The article traces Survival’s work back almost 45 years, noting its creation as the only organization that champions tribal peoples around the world following an article on genocide in the Amazon by acclaimed writer Norman Lewis.

Vanity Fair’s 13-page article was published in its December edition. Its author, Alex Shoumatoff, spent weeks with Salgado and the Awá in the Amazon, to witness first-hand the alarming devastation of their forest home at the hands of armed loggers. Over 55,000 protest emails have now been sent to the Brazilian minister as a result of Survival’s Awá campaign. Numerous celebrities, including Oscar-winning actor Colin Firth, actress Gillian Anderson, and musician Julian Lennon have pledged their support of the campaign by brandishing the Awáicon logo bearing the words “Brazil: Save the Awá.”